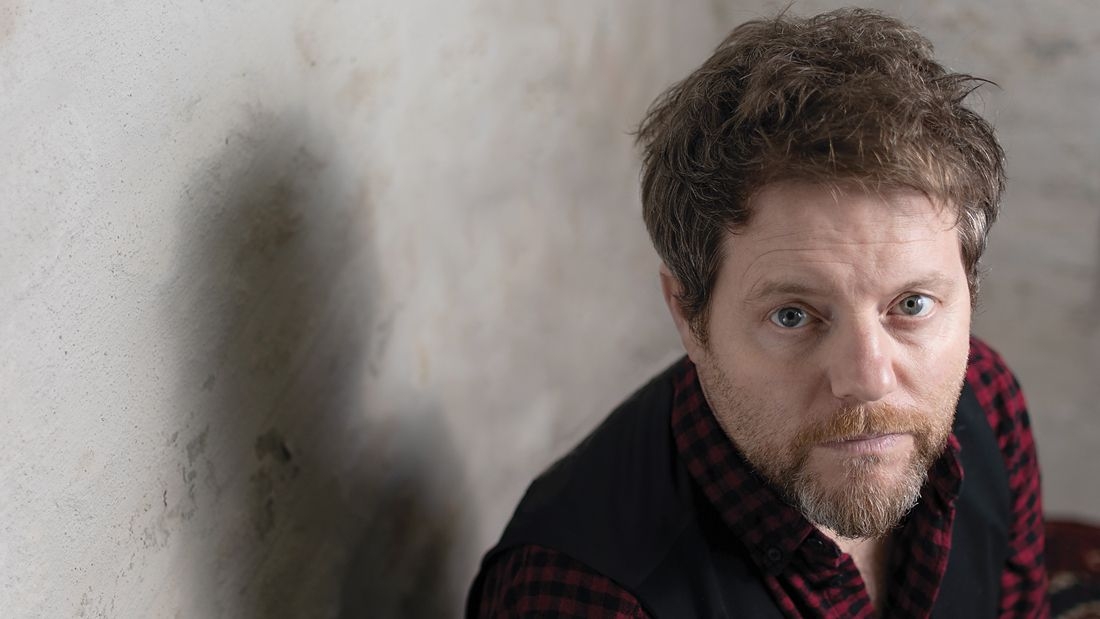 Despite being based in Vienna for several years now, Shane Ó Fearghail’s music is still firmly rooted in Irish tradition, and it forms the centrepiece of his new album, fittingly titled ‘Born from Tradition’.

The past pupil of Tallaght Community School, who grew up in Balrothery, has been actively making music for well over a decade, both as a solo musician and previously as part of folk band Caruso, and already has three albums to his name.

Shane wrote his first song many years ago on the 65 bus from Tallaght to town, and since then he has developed an enduring passion for the craft of songwriting, and he delves into his Irish heritage to inform his musical output.

Just ahead of the release of his fourth album, ‘Born from Tradition’, which is the first of two volumes, Shane took some time out to talk to The Echo about the importance of Irish influence in his music, and what it’s been like to be back on stage after lockdown.

You recently played some gigs in Germany after the lockdown measures were lifted there. What was it like to be back on stage after so many months?

To be honest, it was pretty strange at first. Great, but strange.

I had been quite busy right up to lockdown, only coming back from a run of spring dates in Germany when everything stopped. It’s been four months since my last live shows, and I was back once more in Germany kickstarting events off. The first show was quite surreal, what with all the social distancing measures, but funny things will always happen live.

You click back in and, before you know it, you’re up and back on the horse in no time.

Even though you’ve been based in Vienna for several years your music is still firmly rooted in Irish folk. How do you think being Irish affects you when it comes to writing music?

For Irish musicians, being Irish is who we are, you can’t really get away from that. It’s our tradition and where we come from, whatever direction we take.

For me, it is a big part of the music I make and the songs I write. Being away from home, you find that the music keeps you connected, and maybe it’s that distance that draws you back in, deeper into your culture.

Can you tell me a bit about the idea behind ‘Born from Tradition’?

‘Born from Tradition’ comes back to that idea of home. The album, in a way, tells my story. It’s folk and it’s Irish.

And in some places, it has a modern Irish folk twist. It’s made up of songs that I have written, as well as ballads that have influenced me; songs learned through sessions with family and friends.

Maybe the idea is simply me coming home, just like that proverbial salmon swimming back up stream.

What impact do you think recording the album in Dublin has had on the record?

It’s massive, it shaped the whole record. Back in 2019, I recorded all the vocals and acoustic guitar – live in one session, in AP Studios in Ticknock.

I had a loose plan to just hit record and see what might happen. It was only when I returned to Vienna, and had listened back to the recordings a couple of weeks later, that I realised we caught some of that island magic.

And you can hear it on the tracks, in the vocals.

I was and I still am connected to the whole scene back in Dublin, and of course here in Vienna.

The importance of isolation is good for any creativity – it’s where you find your groove. However, isolation will only get you so far. In this game you need people around you.

Songwriting groups and communities, as well as offering up support and networking opportunities, they challenge and at times scare you. This keeps the energy moving, bringing more oxygen into those rock pools of creativity.

Within groups new ideas come and go and let’s be honest, healthy competition is no harm.

What advice would you give to any budding songwriters who want to hone their craft?

Write, write and write. Listen in equal measure, and then write some more. And, when you have something to say, say it – however loud it sounds. Sing your mind and speak your truth. And on that note, if I may,

I would like to say thanks to all at The Echo for the continued support. I had my first music write up in The Echo, way back when, so this – like the album – brings it all back home.

‘Born from Tradition’ is out this Saturday, July 18, and contains four traditional and five original new tracks. Further information is available online at www.shaneofearghail.com.

NEWER POST€5.6 million to construct three pedestrian bridges at the Dodder
OLDER POSTKyro Jones: Eager to get back to their live performances