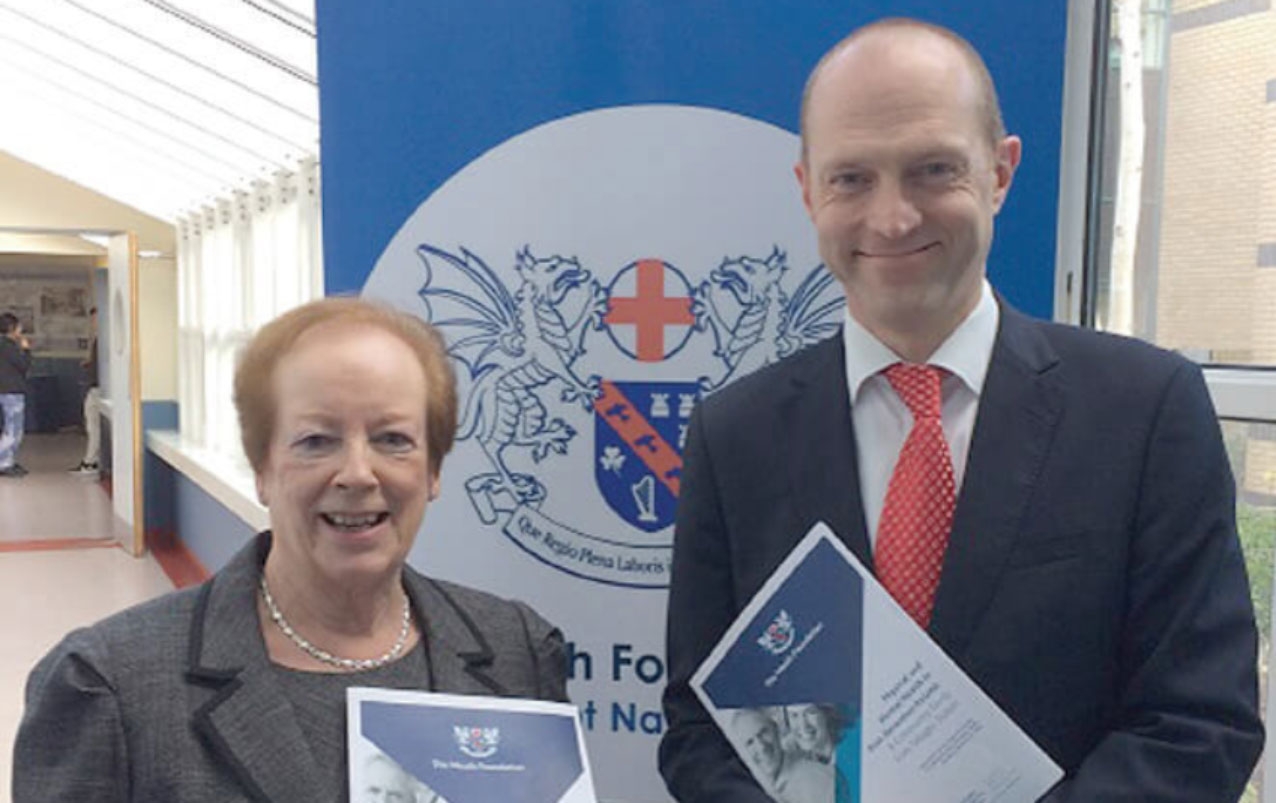 A NEW report has found increased levels of public satisfaction with the services at Tallaght University Hospital but that a lack of mental health services is leading to increasing levels of stress and psychological ill health, particularly in deprived areas.

Commissioned by the Meath Foundation and presented at the annual Meath Research Symposium at Tallaght University Hospital, the study “Physical and Mental Health in Post-Recession Ireland: A Community Study from Tallaght, Dublin” surveyed over 350 homes and found carer burden to be the single largest factor impacting on wellbeing in the area.

Despite improved employment levels generally, 66 per cent of people in deprived areas experienced stress over the last 12 months compared to just over 55 per cent in less deprived areas.

One of the report authors, Consultant Psychiatrist at TUH, Prof Brendan Kelly, says it is evident that despite several years of economic recovery, its benefits have yet to be felt in deprived areas of Tallaght: “The economic recovery has done little to improve mental health here and this is taking its toll on those in greatest need. For example – it impacts two thirds of the population living in the deprived communities of Tallaght where people have less education, don’t own health insurance and are more likely to be living with the burden of a person with a chronic illness or disability.

“There is a clear case for strengthening community and hospital mental health services and for other social care interventions to address the very real challenges these most vulnerable communities endure in their everyday lives.”

Of the households surveyed, 52 per cent included at least one person who had used Tallaght University Hospital for tests or treatment over the past year. The vast majority (86 per cent) were satisfied with the hospital compared to 74 per cent in 2014.

In their conclusions, the report authors say there is a compelling need for universal access to high-quality mental health services in primary care (GP) and secondary care (hospital and specialist clinics) in all communities.

It also recommends the development of health and social policies aimed at increasing population wellbeing and which focus on alleviating stress and carer burden, especially in deprived areas. It also calls for future research into other potential contributory factors such as drug misuse as well as the positive role of community resources in supporting wellbeing and improving population health.

Meanwhile, over €330,000 in research grants were also announced as part of the annual Meath Foundation Symposium held at TUH.

“We have a proud tradition of research at TUH in line with our status as a teaching Hospital. The level of professional expertise applied to the wide variety of topics reflects the depth of commitment that exists across our clinical staff, who constantly strive to learn, develop and enhance services for our patients and those living in the wider community. Long may it continue.”