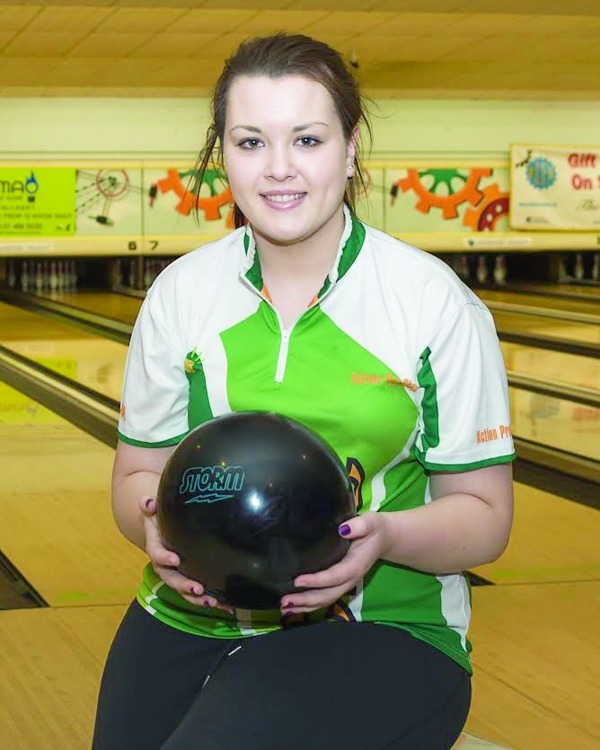 TALLAGHT tenpin bowler Amanda Larkin shot a perfect 300 at ‘The Rocks’ Tournament in Stillorgan on Sunday.

Run once a month on different lane patterns, the competition consists of five games qualifying with the top four continuing on to the scratch/handicap final.

Bowlers are given ranking points depending on where they qualify and these points go towards making the season final of the Rocks as well as towards their Team Ireland ranking.

Larkin topped qualifying for the second month in succession thanks in no small measure to her 300 which helped give her an average of 247.

Delighted with her perfect game she told The Echo “I had a gut feeling I was going to do it.

“As it got closer my friend just kept saying to me ‘its just a practise shot’. This helped me keep my nerve.
“My 11th frame was the worse shot I threw all day.

I don’t know how I managed to get a strike out of it, but somehow I did. But my 12th was a pure shot, flush in my pocket.

“I’m not one to celebrate or show emotion when I do something good but I threw my hands up in the air straight away. I was thrilled and it was more a sign of relief than anything.

“I haven’t had a 300 in two and a half years, and this year I kept getting close so many times, but it just wasn’t happing. It was starting to play on my mind if I would ever have another one” she said.

In the end, Larkin finished up third in the tournament, losing to Barry Brown who, in turn, came undone against Larkin’s coach Paul Stott Jnr.

Next up for the talented bowler will be the European Champions Cup in San Marino from October 19-26 after which she will turn her attention to the Junior Irish Open.