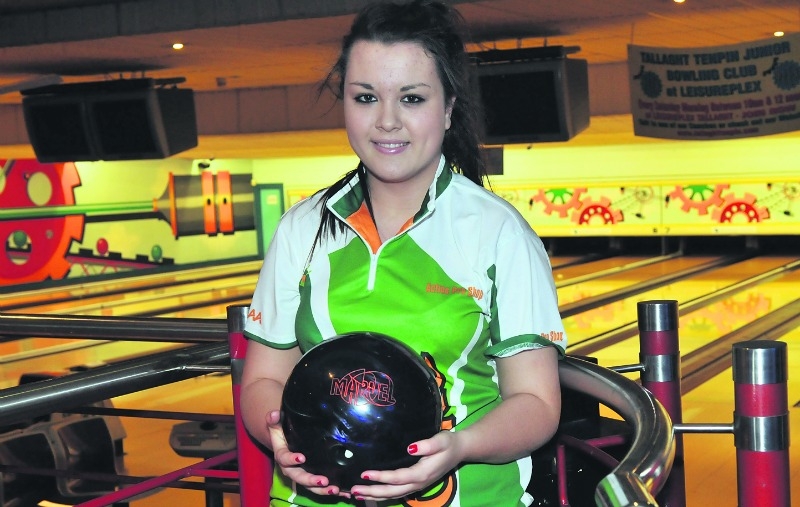 Larkin to embark on a whirlwind close to the year

IT IS SURE to be busy close to the year for Ireland’s top women’s tenpin bowler Amanda Larkin.

Winning the National Championship earlier in the year has seen her earn her place in the European Champions Cup which takes place in the Czech Republic from October 26-30.

Up against national champions from right around the continent, Larkin is hoping to make the top four and win a medal.

Competitors will play 24 games after which the top 16 play a further four from which the semi-finalists will be determined.

It will be Larkin’s third appearance in this tournament, and she is growing in confidence all the time.

“Last year I was going through a period where I had no confidence and I brought it with me to the tournament.

“But I’m playing well now. We’ve had a few Irish tournaments and we’ve been working on the mental side of the game, so that if something happens we’ll be able to deal with it better” she explained.

Hot on the heels of the European Champions Cup will be another appearance on the European Tour for the Tallaght woman.

This will be her fourth appearance in the series this year, having carded a fifth place finish (and first in the women’s section) in Ireland, missed the cut by just one pin in Poland and finished eighth in Malta.

Following that will be a trip to Qatar for her first-ever outing in the World Singles Championships, having been invited to attend on the basis of her top ranking in Ireland.