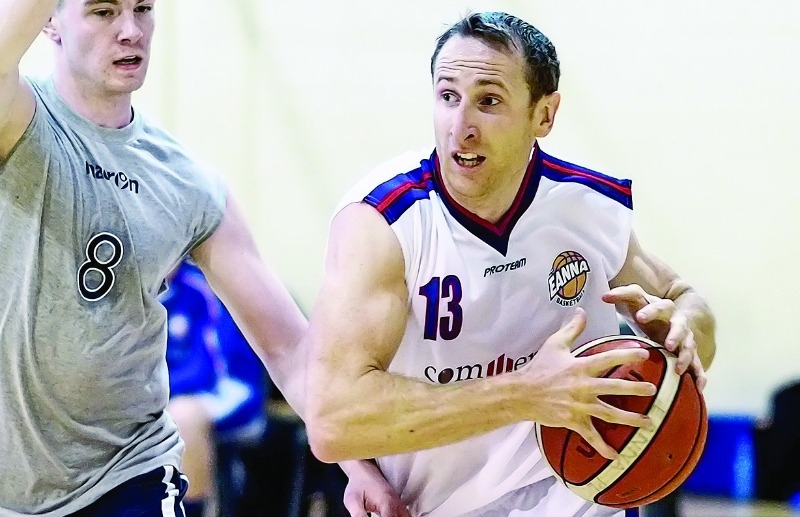 Eanna get off the mark in top ranks

COMMERCIAL.IE Eanna finally picked up their first win in the Men’s Super League at the fourth time of asking after they beat DCU Saints 77-73.

The match, which was part of the league programme that was ran off in the National Basketball Arena throughout the weekend, saw Eanna recover from a very slow start to lead 23-18 at the close of the first quarter.

Indeed the Rathfarnham side found themselves 15-4 down at one point and were forced to call a time-out in order to regroup.
The move worked as they went on a 19-3 run that saw them carve out a five-point lead heading into the second period, Nathaniel Musters netting a three-pointer on the buzzer.

That advantage was pushed out to 13 points by the half-time break, Ciaran McEvilly coming off the bench to net a couple of impressive scores while Neil Lynch and Aidan Dunne weighed in with some serious scoring.

While they kept their opponents at bay throughout the third quarter, Eanna saw their lead eroded somewhat in the fourth as DCU, aided by the heavy scoring of Eoin Darling and Martin Provisors, got it back to four.

But with Lynch impressive around the basket, the Rathfarnham side held on for a much-needed victory that has left them in confident mood ahead of the National Cup first round (two-leg) clash with KUBS starting this Saturday.

Delighted at seeing his side get off the mark in the league, Eanna Head Coach Mick Thompson said “We started moving the ball around and the lads ran the floor well and picked up on defence.

“We’d seen this kind of form in patches [over the first three games] but we needed to get that level of consistency.

“We had been working on getting the ball up the court a lot more quickly and we managed to do that against DCU,” he explain-ed.