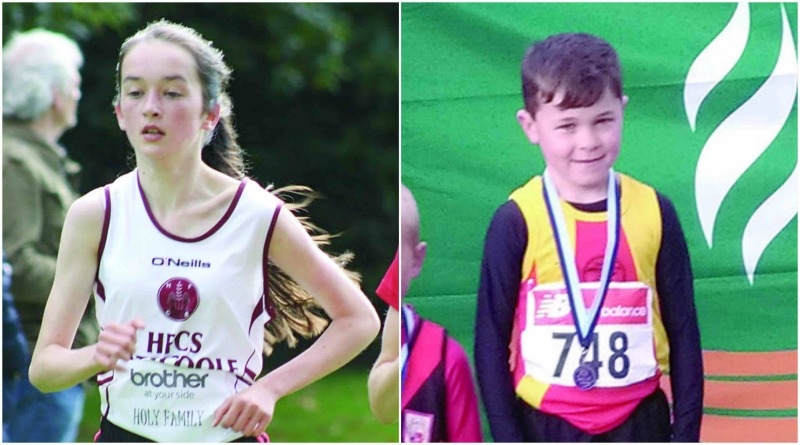 A NUMBER of Tallaght Athletic Club juveniles picked up medals at the Dublin Juvenile Even Age Cross Country Champion-ships held on the new National Cross Country Course in Abbotstown on Sunday.

Gareth Hayes, who was conceding a year to most of the other competitors, took bronze in the Under 10 class in which he was followed home by Khalad Kourrini in seventh.

Jack Kelly, who was also contesting his first championships, also took bronze in the Under 12 2000m contest and will represent the Dublin County and Regional teams at the National Championships.

Jennifer McAdams, who recently won the Schools Open Intermediate Race in Santry, stepped up to Under 16 and took silver over 4000m behind Blackrock’s highly successful Sarah Healy.

There were also medals and automatic qualification for the Nationals for both Sadiq Nasir and Dean Conway in the Under 18 6000m in which they finished fifth and 12th respectively.

They will be joined by Christopher Duffy (14th) and Eoghan Keaney (17th) who combined with the pair to secure team bronze.

A number of the Tallaght juvenile athletes are in contention for cross country league honours after some good perform-ances in the first two contests held in Ardgillan Park and the Phoenix Park over the past month.

Amongst them are Gareth Hayes, who is presently lying second in the Under 9 division after two second place finishes, Thomas Keating and Khalad Kourrini, who are fifth and seventh respectively in the Under 10 division, Jack Kelly who won the first race at Under 12 degree, Caden Clifford who is second in the Under 14 division, Yan Geraghty and Jennifer McAdams in their Under 15 fields, Eoghan Keaney and Christopher Duffy, first and second at Under 17 degree, Dean Conway, Sadiq Nasir and Tide Adiguns who are vying for the top three spots in the Under 18 division and Mustafa Nasir who is doing likewise in the Under 19 class.

The final league outing will take place in December, but in the interim period, many will be vying for Dublin medals and National qualification when they contest the Dublin Un-even Age Cross Country Champ-ionships in Santry Demesne on Sun-day, November 6.