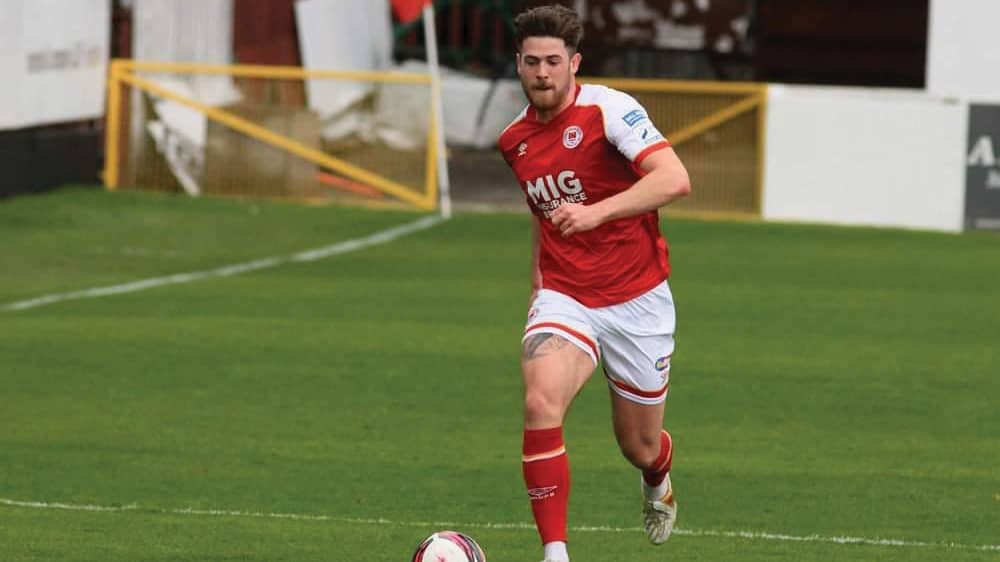 ST PATRICK’S Athletic defender Sam Bone believes the Inchicore side could look back on last Saturday’s dramatic Premier Division win over Drogheda United as a defining moment in their season.

Set for a share of the spoils at Richmond Park after Drogs striker Dinny Corcoran cancelled out Rónán Coughlan’s opener, Billy King popped up with a last-gasp winner for the Saints. Instead of being frustrated at dropping two points in their first home game of the campaign, Bone and his Pat’s colleagues can now look forward to Saturday evening’s Dublin derby against Bohemians at Dalymount Park (kick-off 6pm) with restored confidence.

“I think a lot of people would have been saying ‘it’s Drogheda, they’ve only just been promoted. It should be an easy game for Pat’s’. They had a really good shape about them and they caused us problems on the counter,” Bone said of their victory at the expense of Drogheda.

“I think 10, 15 games in we’ll be looking back at that and saying ‘it’s a great three points’. For the game this weekend, it obviously gives us momentum now. It shows our character. It shows we keep going until the last minute.

“It would have been very easy for us to just go ‘look, we can take a point. It was an alright performance, we can build on it’. That’s not what we’re about this year.”

Throughout this new campaign, Bone and his team-mates will be striving for a level of consistency that Pat’s struggled to achieve in 2020. With that in mind, he sees this weekend’s journey across the Liffey as an ideal opportunity to keep themselves in the early running for top spot in the league.

“I think if you look back at last year, even with me at Waterford. The games that we seemed to drop points in were the games where, as a neutral, you were saying to yourself ‘these are the games that they’ll get three points in’.

“For example, last year Pat’s got beaten by Waterford 3-0. Looking back in hindsight, that’s a game that Pat’s should be looking at and saying ‘right, we need these three points’. If we can get seven points from the first nine, it’s a great start..”

Runners-up in last year’s top-flight, Bohemians have picked up just one point in their opening two games. Nonetheless, Bone is adamant this makes them an even more dangerous proposition for the Saints.

“I know they got beaten by Finn Harps and they drew with Longford, but If you’ve played in a Dublin derby before, you know because of their two results previously it’s not going to be easy. They’re a good side. I watched their games against Longford and for 70 minutes they were the dominant side,” he said.

“If we don’t drop our standards, and if we go in there with an intensity, it’s going to be a really good game. Hopefully we can get those three points.”