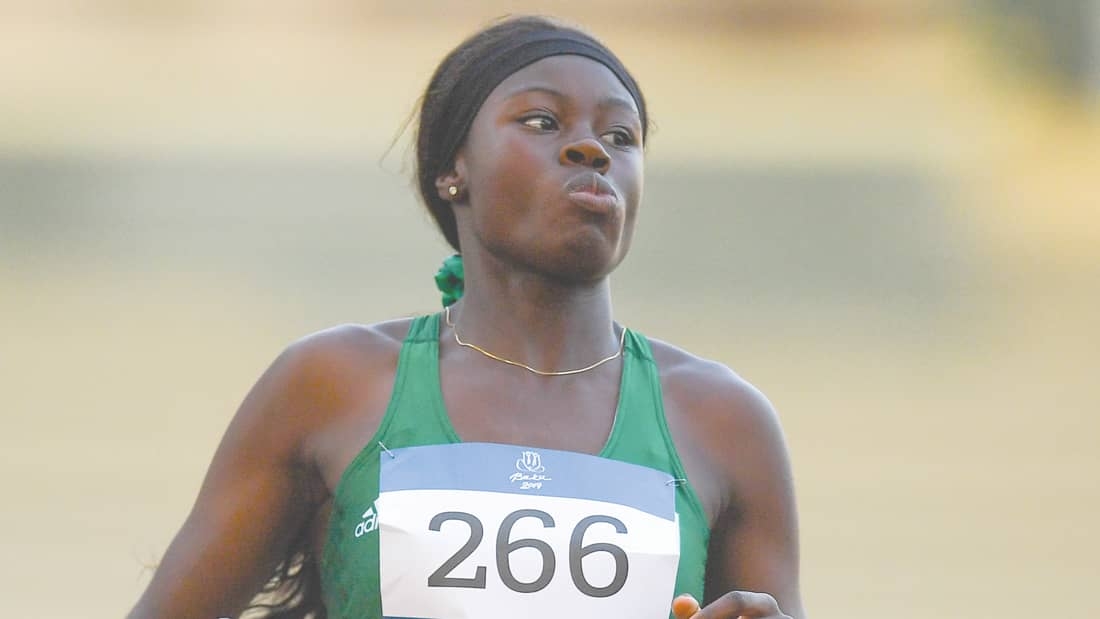 Adeleke catches fire in Texas to set Under 20 200m record

TALLAGHT’S Rhasidat Adeleke has continued her rich vein of form since moving to the University of Texas, breaking the 21-year-old Irish Under 20 200m record at the Clyde Littlefield Texas Relay Meet over the weekend.

The 18-year-old has spring-boarded off her Junior 400m indoor record-breaking display in February with a terrific 23.27 PB over 200m last Saturday, which now also ranks her fifth on the Irish all-time list.

Representing University of Texas, Adeleke clocked 23.40 to secure her spot in the decider, surpassing her previous 200m best of 23.52.

Taking the outside track, the talented sprinter crossed the line in 23.27 to finish sixth, two-fifths of second behind eventual winner Cambrea Sturgis (22.87).

Beating the junior 200m outdoor record of 23.34, which was set by Emily Maher in 2000, Adeleke adds this latest feat to her previous National Junior 200m and 400m indoor records.

“I’m not one bit surprised, Rhasidat is a tough competitor in her own right,” Athletics Ireland’s National Sprints Coordinator Daniel Kilgallon told The Echo.

“If you look through all of her achievements to date you’ll see that against the best competition, on the biggest days, she always performs.

“Even if, say on paper, she doesn’t look like the strongest, the other athletes statistical look stronger, she always stands out and challenges.

“This would have been a home event for Rhasidat so she would have been wanting to set a marker and especially as a freshman, she will be feeling like she has a point to prove in a sense.

“She had the outside lane as well which would have suited her, being the tall and rangy sprinter she is. Look, it is very exciting to see her doing so well.”

After turning in her record breaking display, Adeleke took to the Mike A Myers Stadium track once again in the 4x400m event.

The Texas team, which consisted of Serenity Douglas, Kennedy Simon, Adeleke and Stacey Ann Williams, claimed silver with a time of 3:28.10, Adeleke again impressing with her split of 52.69.

In the short period of time she has spent Stateside, the former Presentation College Terenure student has caught fire.

“Up until December she was still training in Tallaght,” Kilgallon says.

“The plan was always to go to Texas and she was originally meant to go over in September but with COVID she took a little bit extra time to decide.

“She decided then that she was going to move over in the January and once she’d made up her mind, we got to work getting her prepared.

“It was my job as her coach and of Claire Brady, her strength and conditioning coach, to have her competition ready when she landed in Texas so we spent the last few weeks working towards that.

“The progress she has made over the last 12-weeks has been nothing short of amazing” he added.