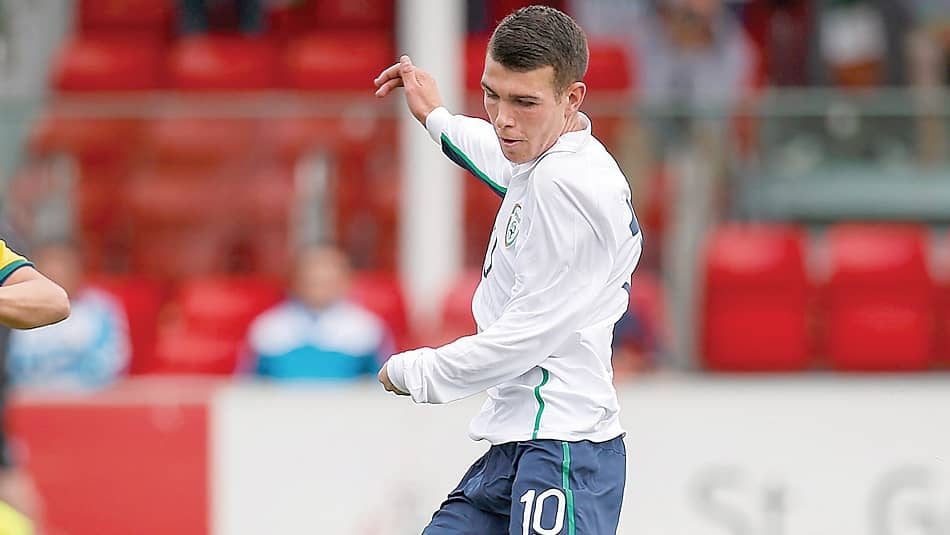 Time out is not easy for Ireland CP star Sheridan

DILLON Sheridan, is looking forward to the day when he can make a return to club and international soccer.

The Ballyfermot native and Irish Cerebral Palsy Football team player, has had to contend with a hip impingement so severe that it will now require surgery, and time out of the game has not been easy.

“To be honest, I would say I’m struggling a bit because, anybody who knows me, knows how much I play football” Sheridan told The Echo.

“When I was younger I had five, six days a week of training, and to go from that to doing absolutely nothing now is tough.

“I’d say for the first six months that I had it [the injury], I was still trying to play on it, and I was playing at a good level.

“It just started catching up to me and I wasn’t playing well and I wasn’t enjoying my football, so I sort of just took a step back and went to play with my friends and stuff.”

The 2017 World Football Golden Boot winner said that he first tried injections by his doctors that were intended to give him three or four months without pain, but those injections lasted him just a week.

“When I went for the X-ray and MRI, the doctors said it was just wear and tear,” Sheridan explained.

“Now all of the football is stopped anyway, but before I was sort of in and out because some days I feel ok on the hip and I might play 20 minutes here and there.

“They said playing on it, it’s not going to make it worse, you’re just going to be in pain after and then sometimes when I sort of have a lazy day or something, and you’re sitting around all day, I’ll be sore after that as well.

“I’m sort of stuck in the middle, I haven’t done anything now for the last few months because the pain after I’m exercising is unbearable, even trying to sleep, you know.”

His medical personnel offered more painkillers as a way to cope, but not wanting to become reliant on them, Sheridan said it was time for him to step back. The last game he played was a friendly six months ago.

“The heartbreaking thing for me was when I was doing the bench for my team and even playing with my mates when it was supposed to be a bit of craic.

“But you know when you’re sitting on the bench, and they’re expecting you to come on and do something if you’re fully fit, it was a little bit hard in that way.

“In 2019 when I went away with the Ireland team, they started me every game even with it, but it was like they were giving me a role where there was less stuff to do just so I could stay fit throughout the tournament and I didn’t feel good about it” he recalled.

Sheridan said that he is still unsure as to when his surgery will take place due to Covid-19 restrictions. Once the surgery does happen, he said that it will take at least six months before his doctors think he’ll be up and running again.

“After the surgery, I think I’ll go back every start of the month or something like that and they’ll give me a higher programme to go onto then,” Sheridan said.

“It’s stuff like walks and your quads, glutes, hamstrings, everything around that area, that’s where the issues are.

“It’s happening in the hips but if we go to train, I’ll come back and my quads, my hamstrings and everything, it’s like they’ll just seize up.

“I’m just thinking, when I do the surgery, it’s another six months after that before I’m actually back playing properly, so you’re talking about another year after already having two years of not playing like myself, so it’s a long time.”