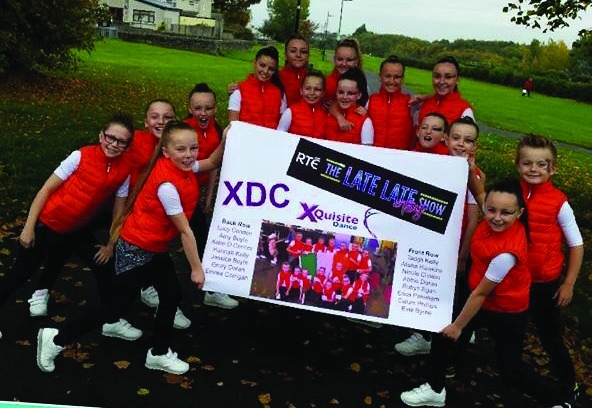 A TALLAGHT dance school will be showcasing their talent and their hometown when they perform on The Late Late Toy Show on Friday, November 27.

A team of hip-hop dancers from Xquisite Dance School have danced their way onto the coveted TV show, after a video of the school’s XDC dance crew performing at, and winning, a dance competition in the UK was sent to RTE.

Made up of 15 dancers, the XDC crew has members aged between eight and 14 years – who were grouped together only last year for Xquisite’s summer show.

Owner Nicole Kelly, who is from Seskin View, told The Echo: “This was the first time that qwe applied for the Toy Show and we are delighted that we have been accepted.

“We’re absolutely delighted, over the moon, that we are performing and it’s great for the school and the kids – what a great memory it will be for them when they are older.”

Established five years ago by Nicole, who has had a successful competitive career in ballroom, sequence and Latin American, Xquisite is based in St Mark’s Youth and Family Centre in Springfield.