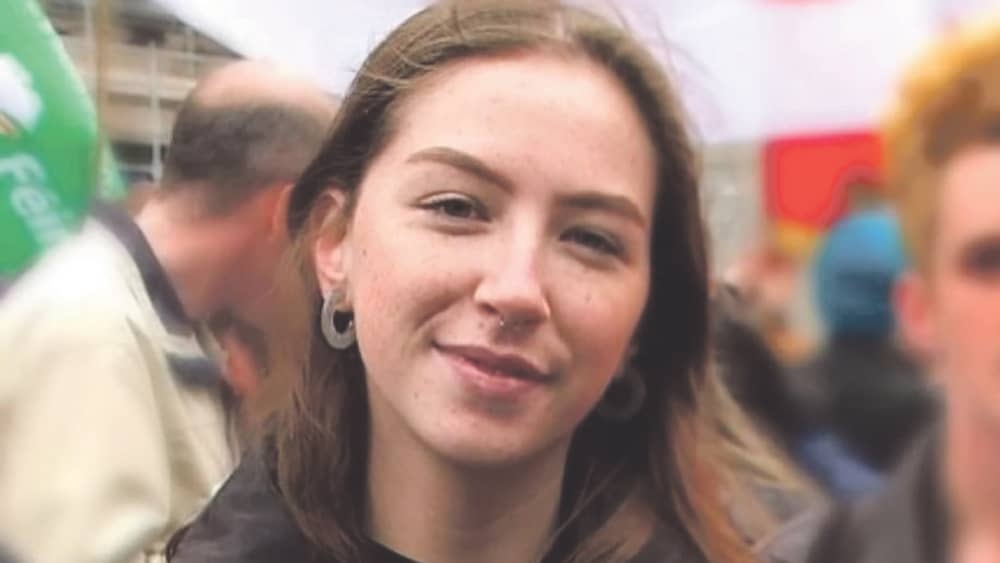 Leah (23) will be youngest sitting member of the council

AFTER playing a role in campaigning in the Repeal the Eighth Amendment movement, Leah Whelan was inspired to get involved in politics and she is poised to take Solidarity Cllr Sandra Fay’s seat in the council chamber.

It was revealed recently that Cllr Fay would be stepping down as a member of council for the Tallaght South Local Electoral Area and Solidarity would be nominating Ms Whelan to replace her.

At the age of 23, Leah will be the youngest sitting councillor in South Dublin County Council.

She is focused on providing a youth voice to highlight issues such as housing, the climate, racism and women’s work which are impacting young working-class people.

When asked what her reaction to being the youngest sitting councillor on the council (once co-optioned), Leah quipped: “It’s about time isn’t it?”

“Young people have been playing a leading role in important movements that have led to change.

“The marriage equality referendum, the Repeal the Eighth campaign, even recently with the legislation around image-based sexual abuse online,” explained Leah.

“Young people are growing up in this environment, they are becoming more radicalised and they want change. Young people aren’t just going to go away and I want to reflect that pattern.

“There is no reason why the council can’t reflect that.

“We need stronger representation of young people in politics to reflect the impact they are having on the streets.

“I’m going into the council wearing my politics on my sleeve and I want to show young people that we can get involved in politics and make things happen.

“I want to be a voice for young people, help people get organised to effect change and be a person who can filter information from the council back to young people in the community.”

A self-described “radical-socialist-feminist”, Leah’s enthusiasm for highlighting issues that young people from working class backgrounds face on a daily basis is palpable.

One of the issues she highlighted with The Echo was based on a study by the Economic and Social Research Institute (ESRI) that was published in April.

“Despite us being the most educated generation, there was a study that assessed minimum wage employment around Europe and it showed that Ireland has the highest percentage of highly educated minimum wage working employees,” the former Coláiste de hÍde student highlights.

Citing statistics from the Central Statistics Office, she adds: “During this pandemic, 59 per cent of young people are unemployed and it’s 64 per cent for women.

“Again that’s showing that this has impacted women more.

“Women have had to leave their jobs to stay at home, mind the kids, do all of that and on top of that there’s the shadow pandemic, with the increased levels of gender-based violence.

“There’s not enough social housing being built and you walk around any estate in Tallaght and you can point out all the boarded up, empty houses.

“I have every faith in working class communities, it’s time to make a change.”

Leah, who hails from Ard Mór, completed a Master Degree in Equality Studies from UCD after finishing her Undergraduate Degree in English and Irish.

While in college, Leah maintained part-time jobs in Dunnes Stores and Wing It in The Square Shopping Centre and has since taken on a position as Parliamentary Assistant to Mick Barry TD.

Once nominated, Leah will be co-optioned onto South Dublin County Council in the coming months.