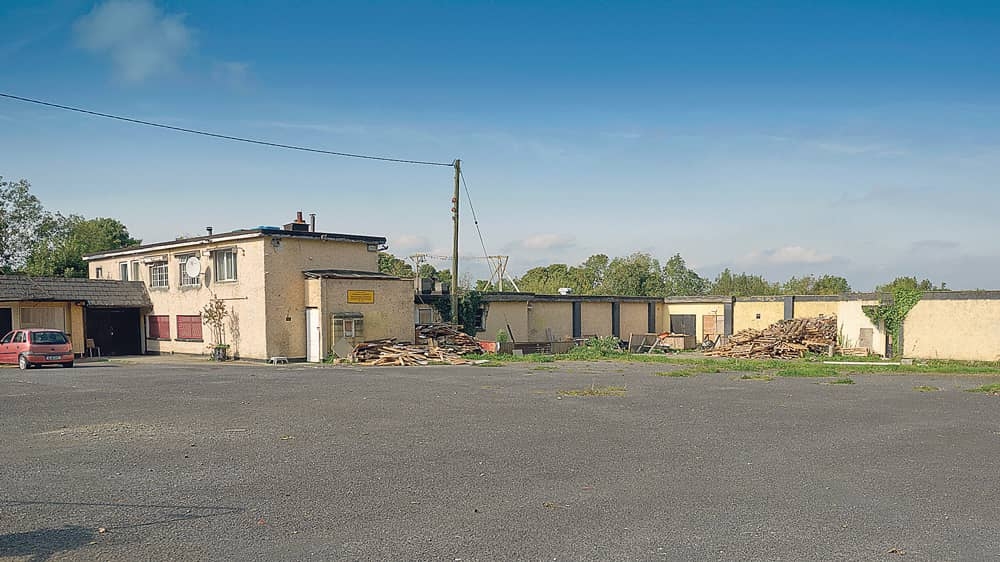 PLANS for the demolition of the former Embankment pub on the Blessington Road, to make way for the development of a 129-room hotel and three aparthotel buildings, have attracted two submissions.

Though the Embankment closed its doors more than two decades ago, its legacy has become the stuff of local lore – with many leading musicians such as the Dubliners and Luke Kelly entertaining revellers in its heyday.

The former Embankment pub site on the Blessington Road

There are also unconfirmed reports that Bob Dylan once went to the pub and was transfixed by a performance by the Dubliners.

The former site of the landmark pub is now the subject of a planning application by Mardivale Limited, which is run by the McGettigan family, who own local hotel The Address Citywest - formerly Kingswood Hotel - and McGettigan’s Cookhouse and Bar.

The applicant is seeking permission for the demolition of the pub and existing incomplete buildings on the site to facilitate the development of a hotel.

Provision of a parking area for 120 cars and 30 bicycles, extensive tree planting throughout the site, a sub-station together with all associated site works, boundary treatments and landscaping, is included in the plans.

The plans have attracted two submissions, from the Saggart Village Residents’ Association and the South Dublin Conservation Society.

The residents’ association stated that the proposed development would “negatively impact” on Saggart Village residents and road users, and that it would lead to “significant further congestion” in the locality.

The South Dublin Conservation Society, with an address in Kilnamanagh, stated that the development “would constitute overdevelopment of a scale that is not in keeping with its rural location”.

The conservation society added that the Embankment building is “worthy of preservation” and that it should be included in the South Dublin County Development Plan 2022 – 2028 Record of Protected Structures.

Mardivale submitted clarification of additional information on the plans, which was requested by South Dublin County Council, last month.

The local authority has yet to make a decision on the application for planning permission.

The current application for planning permission isn’t the first time the former Embankment pub has been mooted for development, however.

Planning permission was granted in the late 90s for a single-story public house, a restaurant, crèche, swimming pool and a three-level, 54-bedroom hotel with conference and banqueting facilities.

This development never came to fruition.

In 2001, Mardivale Limited, who still own the site and lodged the current application for planning permission, lodged a planning application for the redevelopment of the complex – which included a new public house and car park, but it never came to pass.

Back in 2016, there were proposals for a primary healthcare centre and a ‘step-down’ facility at the site.

That proposal was also refused permission by the local authority, and the site has been lying idle since.