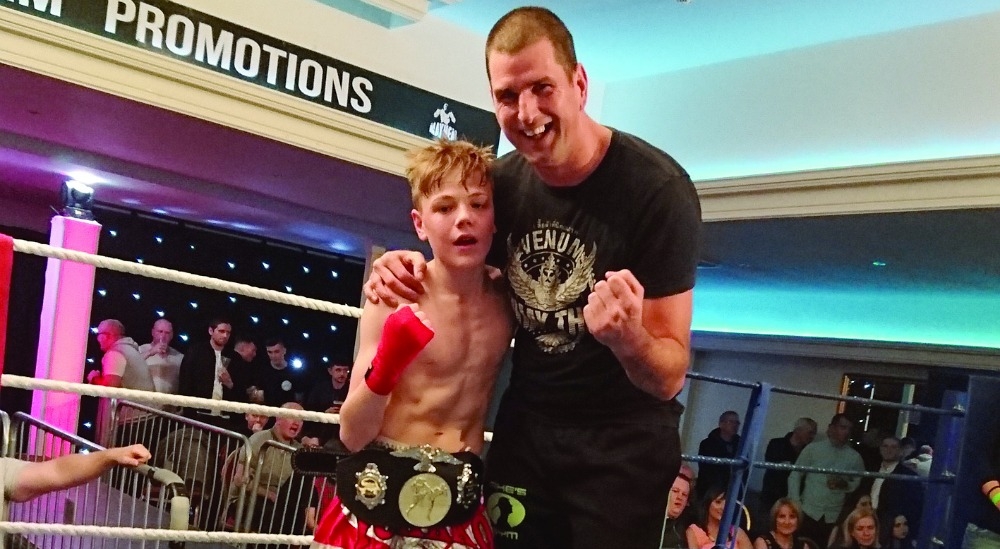 Liam gets his Hand on Junior crown

The 14-year-old Dublin champion tra-velled with his coach Gabor Hortobagyi to the White Lion Hotel where he turned in a great performance to land another major prize.

Looking back on the contest coach Hortobagyi recalled “I started warm-up with Liam and I felt his punches and kicks were solid and confident.

“I had no doubt that we would be bringing the belt home to Dublin. It was a spectacular fight and all credit to Liam’s very strong opponent Sean, who put up a very strong battle”.

It did not stop there for the young Dubliner at the weekend as he then headed to Santry the very next morning where he won an exciting K1 Fight.

These two outings will certainly bolster Hand who has less than two weeks to prepare for his next big contest in Drogheda on November 26.

Overall it has been a busy month for Royshin Fight Team with the club’s teens and adults Ju Jutsu competitors travelling to Germany to participate with German and English students in a weekend Seminar with Sensei Tony Carrick.

Makinde Adeyemi won his title fight in 53 seconds of Round One to take the belt while Ernestas Brizinskas won his firist K1 fight
Over the next few weeks the club will see Hand, Brizinskas and Gergo Bodis fighting while Ciara and Adeyemi will travel to the UK for their fights.