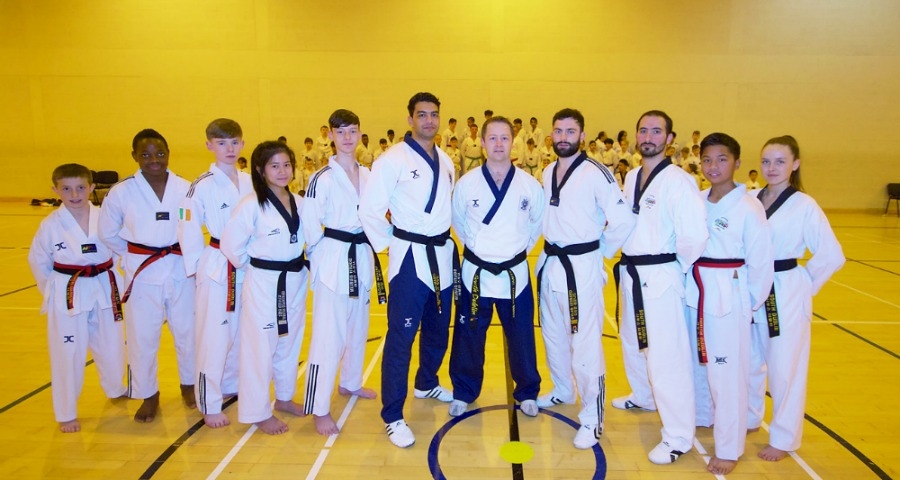 TALLAGHT Leisure Centre recently played host to the 2016 Irish Taekwondo Union Black Belt Grading where some 40 hopefuls presented themselves to the national grading panel for promotion.

Ten locals from South Dublin Taekwondo took to the mats in their home venue.

Juniors Cian Coughlan, Leroy Dilandu, David Phelan, Karl Negrillo and Adam Nugent were first up in the morning session in which all were successful in earning their 1st Dan Black Belt.

All 10 went through rigorous training and preparation, including a club internal assessment, preliminary ITU grading and ultimately the final grading.

Club Coach Robert Taaffe who sat on the senior examination panel was delighted with the performance of his crew saying “This is always a very positive time of the year for the club.

“I’m very happy and proud of our gang who have joined the Black Belt ranks and climbed the ranks.’

SDTKD was founded in 2008 by ITU High Performance officials Taaffe and Niamh Buffini and has seen almost 40 Black Belt promoted in their club.