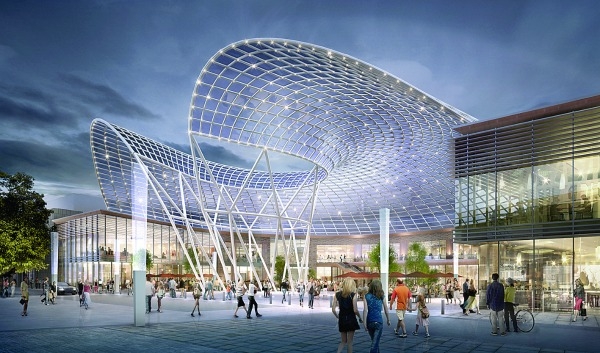 THE owners of Liffey Valley Shopping Centre have appealed to An Bord Pleanála, contesting requests by the council that they pay €5 million for local road works.

In August, planning permission was granted by South Dublin County Council for the 22,000 sq m development extension at Liffey Valley, which include proposals for a 2,500-seat Olympic-sized indoor arena.

The council are seeking close to €10 million in developer fees – including €5m for traffic lights at the St Loman’s roundabout Fonthill/Coldcut Road junction, and €4.6m for public infrastructure works.

Asset and development managers Hines, who submitted the plans on behalf of its co-owners in February, have appealed to ABP, asking them to remove the €5m contribution.

In the plans, the applicant states infrastructure upgrades to develop Liffey Valley are already contained within the local area plan, and additional upgrades by the council are in response to “unrelated development in the wider urban area.”

The applicant feels the proposed traffic junctions do not relate to the operation of Liffey Valley Plaza, but rather, that they relate to the wider area.

They included a cost analysis by a chartered surveyor for the traffic lights, which found their contribution as it stands, would exceed the surveyor’s cost by €275,000.

Hines also appealed a decision by council planners who chose to remove a proposed multi-storey car park as part of the planning permission.

Hines submission state it is “essential at least two levels of car parking are permitted” for the “successful functioning and operation of the development.”

An Taisce have also lodged an appeal, citing concerns that the plans having not been properly assessed for cumulative impact on climate and traffic.