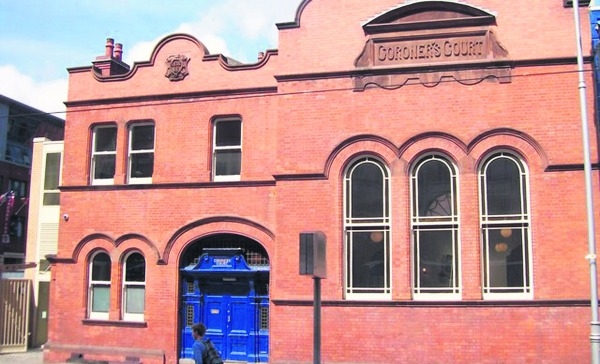 AN elderly lady died of a rare skin condition in which the skin peels away, an inquest heard. Dublin Coroner’s Court heard that Teresa Kenny (86) of Brookview Gardens, Tallaght, Dublin 24 died on February 20 2015.

Ms Kenny was admitted to Tallaght Hospital on January 14 2015. She went on to develop toxic epidermal necrolysis, a disease that causes the top layer of skin to detach from the lower layer leaving the body open to infection.

A post mortem report found that 70 per cent of the woman’s skin was affected.

“It was like she was burned,” the woman’s daughter, Michelle O’Keeffe said, speaking after the inquest into her mother’s death.

Ms Kenny, who had been cared for at home by her daughter for 12 years, was described as frail and wheezy upon admittance to hospital.

She was diagnosed with pneumonia. Ms Kenny had a history of allergy to penicillin and the pain relief medication ponstan, which her daughter said caused her tongue to swell and her skin to become hot and red.

“She was terrified of it (penicillin) because she’d had a bad reaction to it when she was younger,” Ms O’Keeffe said.

Ms Kenny was prescribed intravenous steroids, a nebuliser and two antibiotics, vancomycin and ceftriaxone, neither of which contain penicillin, to treat her pneumonia.

She was making a slow recovery until she developed a fever and tests revealed evidence of ecoli infection. Family say they were told of other cases on the same ward.

“There was no explanation for the ecoli in the bloodstream,” Coroner Dr Myra Cullinane said.

In early February Ms Kenny tested negative for flu but was administered the anti-viral medication Tamiflu as a precaution.

Her medication was reviewed by the dermatology department as she began to show symptoms of what was confirmed at postmortem to be toxic epidermal necrolysis.

The inquest heard the lady was in distress and suffered significant pain in her final days.

The coroner said the condition causes the skin to lift and peel and is accompanied by severe redness of the skin and pain.

An autopsy carried out on February 24 gave the cause of death as toxic epidermal necrolysis. The cause of the condition was uncertain, the inquest heard.

The coroner said she would invite the consultant geriatrician at Tallaght Hospital and the pathologist to help answer any questions the family had.

The inquest was adjourned pending the availability of the two witnesses.