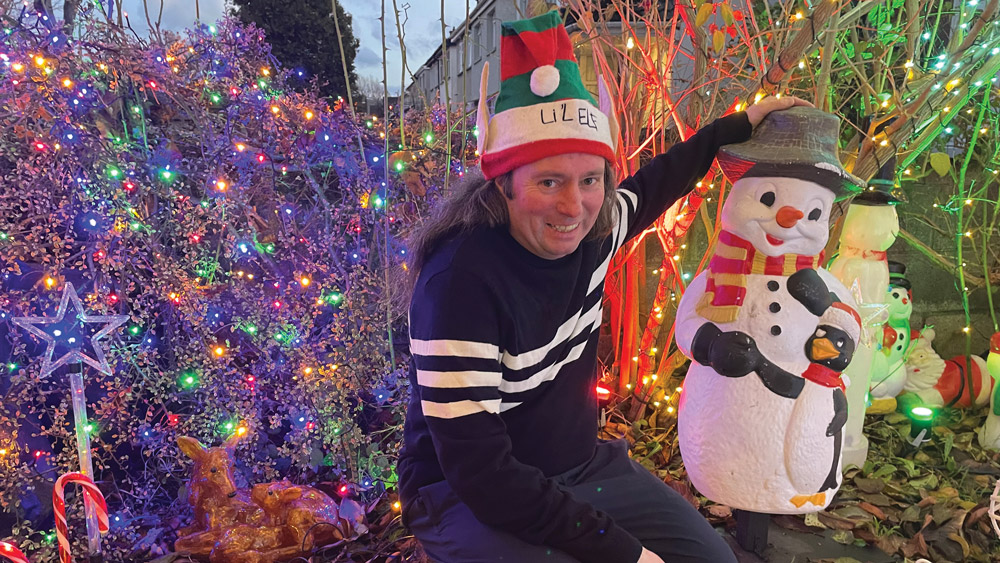 IT’S BEGINNING to look a lot like Christmas. And that is certainly the case in Kilnamanagh as Stephen Stroughair brings Christmas cheer to the community with his light house experience.

For nearly 30 years, Stephen has decorated his house with thousands of Christmas lights with spectator’s donations going to local charities.

Over €80,000 has been raised since he started decorating the house with charities like CRY, the Children’s Hospital and the Men’s Sheds benefiting from money raised.

The funds have also helped the purchase of five defibrillators for the community with donations also going to the old folks in the Kilnamanagh community centre.

“We have had third generations of kids come around to see the house,” Stephen told The Echo.

“People have come here from Australia, America, New Zealand, Brazil, and from all over the world, the reaction is great. The lighthouse is like a landmark within the estate.

“Just to see families smiling outside the house, it brings so much joy to them and lifts their spirits. It’s also great that the communities benefit from the donations we raise.” 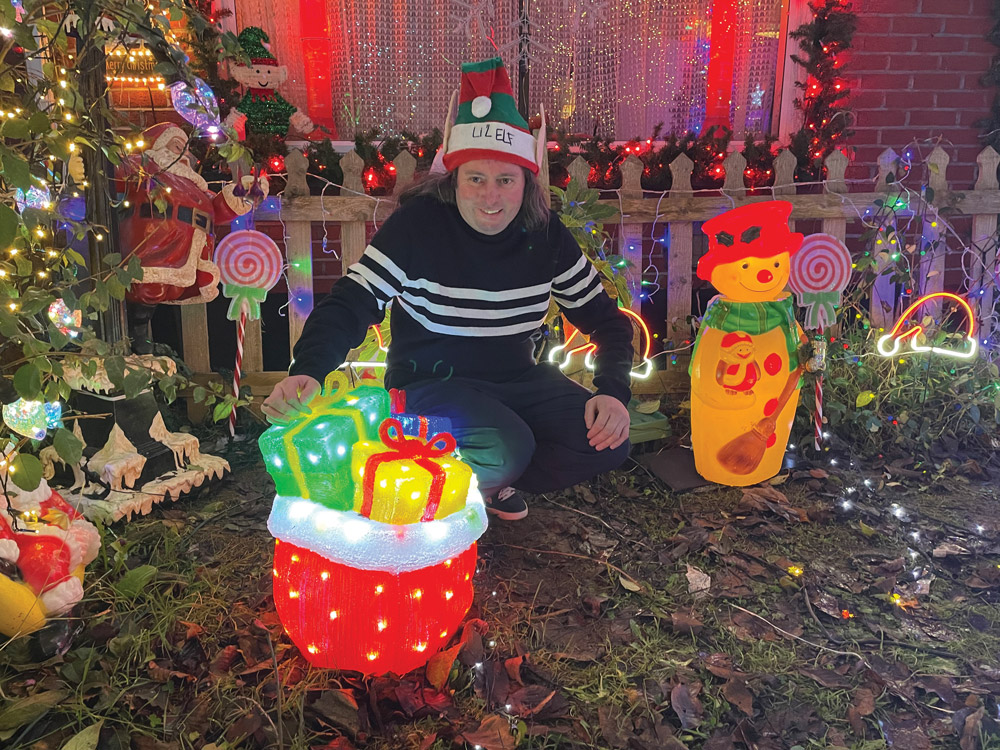 Speaking about how much work goes into preparing the house, Stephen said: “It started off with one set of Christmas lights and know I have hundreds and thousands going up each year.

“I spend all my spare time putting it together in the evening and weekends. I would put in five or six hours a day. I just love Christmas and lifting the spirits of the community.

“Especially this week, coming up to Christmas it will be great. The reaction it brings, the atmosphere and warmth to the area is so special. People love to see it happen.”

On the cost of ESB bills, Stephen said: “We don’t know what will happen here. Costs have gone up, but we will look at that in the New Year.

“We are going to cover the ESB costs ourselves. We don’t want to take anything from the donations raised,” added Stephen.

New features this year include the elves house along with the mega Christmas tree, santa’s sleigh and reindeer which is located on the roof of the house.

Also featured this year are the snowflakes, holly, santa lights, candles in the window, squirrels, foxes, penguins and hedgehogs that light up in the front garden.