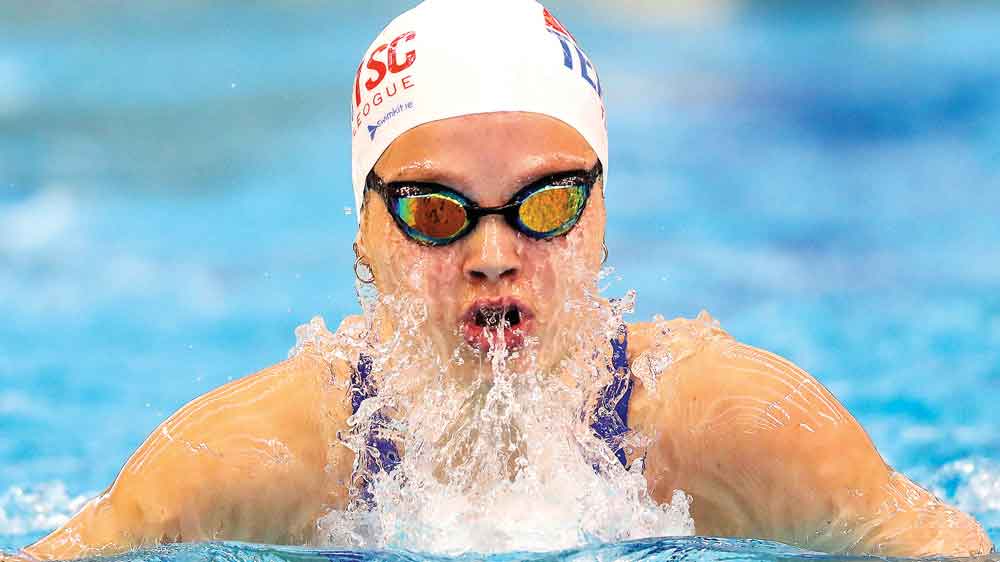 THE past week proved to be an eventful one for Templeogue swimmers Ellen Walshe and Molly Mayne as the talented duo came away with a host of medals at the Irish Winter Championships.

Following a prolonged period of inactivity, Walshe was making her return to competitive action and was determined to lay down a marker at the National Aquatic Centre in Blanchardstown.

Part of the Team Ireland effort at last year’s delayed Summer Olympics in Tokyo – when she was still in her late teens – Walshe is currently competing out of the University of Tennessee, but first established herself as a force to be reckoned with at Templeogue Swimming Club.

On the first day of the Championships last Thursday, she was in direct competition with fellow Templeogue prospect Molly Mayne in the Women’s 100m Individual Medley final.

It was ultimately a successful return to the pool for Walshe as she claimed the gold medal in a time of 59.87.

This put her just ahead of Mayne, who clocked in at 1:00.44 to secure a respectable silver place finish.

Mayne had gone a step further in the 100m Breaststroke final on the same day, earning that particular category’s top prize in 1:06.21. 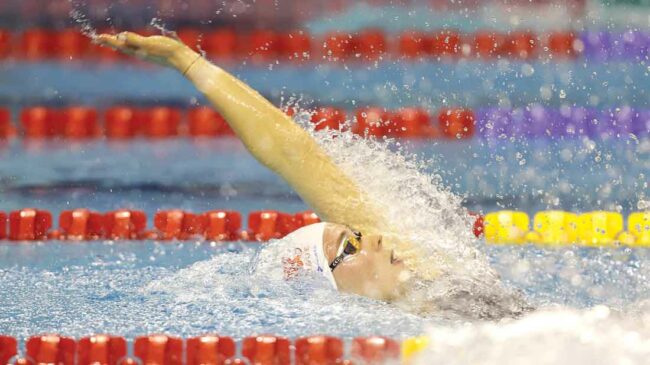 It got even better for Walshe on Friday as she added a 50m Butterfly national title to her list of accolades at the Winter Championships.

Additionally, the 21-year-old set a new Irish record in this category, touching the wall in a time of 25.90.

She had previously been the standard bearer for the 50m Butterfly herself, achieving a national record of 26.10 back in 2019.

While he was speaking in the wider context of the Winter Championships as a whole, Swim Ireland’s National Performance Director Jon Rudd reserved special praise for Walshe on her return to competitive fare.

“We have also seen eleven Irish records broken at this meet and the depth of racing here has been very pleasing to see.

Hats off too to Ellen Walshe for some stellar performances on her return to the racing pool,” Rudd said.

Having hit the ground running on Thursday, Mayne was back in the pool a day later for the 200m Breaststroke final.

Seeing off the challenge of Ellie McCartney, she claimed gold in this race with an impressive time of 2:22.97.

Mayne wasn’t finished there, however, as she rounded off a productive Championships with a gold medal triumph in the 200m Individual Medley on Saturday.

Meanwhile, the aforementioned Walshe is set for a quick return to the National Aquatic Centre in 2023.

It was announced last week by Swim Ireland and LEN (European Swimming Federation) that the inaugural LEN European U23 Swimming Championships are to be held at the Dublin venue.

This event will take place from August 10-13 next year and given she is still eligible to compete, Walshe could well add to her medal haul if she has a desire to take part.