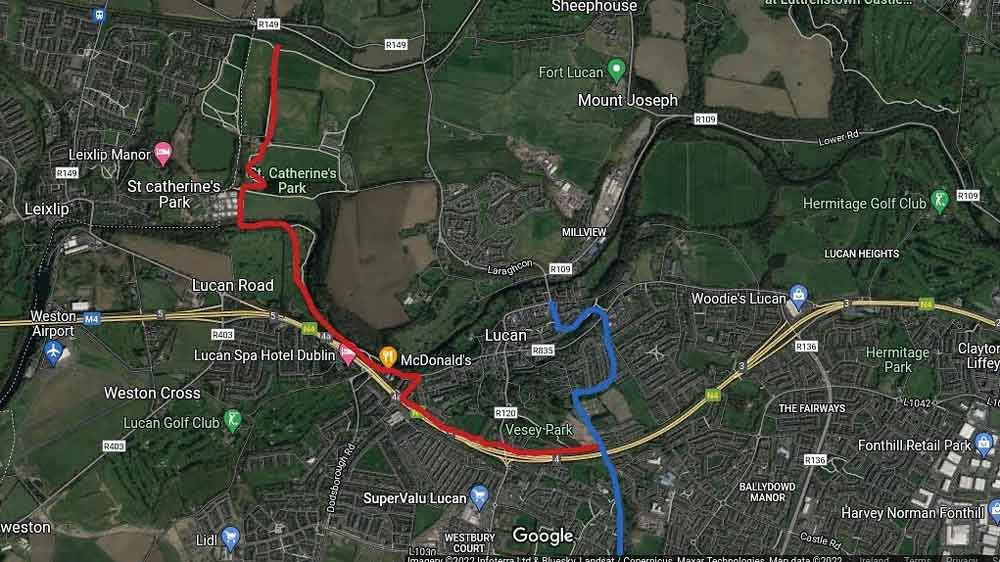 Link to urban greenway plan will give greater connectivity

INCLUDING an additional green link to an urban greenway proposal will give greater connectivity to the cycling network in West Dublin and create a long overdue cycling link to Lucan Village, according to Lucan Active Travel (LAT).

LAT supports the Part 8 proposal by South Dublin County Council for a ‘Grand Canal to Lucan Urban Green Way’ and outlined the importance of an additional green link into Vesey Park via a draft submission to the local authority.

They believe this link will give greater connectivity to the cycling network and help achieve the aim of creating a long sought after 40km Greenway in Dublin.

Citing a “golden opportunity” to complete the link into Vesey Park, they note a new park bridge has already been put in place by the completion of the works at Esker Cemetery.

Without this new park bridge these communities will be cut off from this fantastic new Grand Canal to Lucan Urban Greenway. This opportunity must be taken now,” the submission states.

They believe the link for a pedestrian/cyclepath at the N4, at the end of the cemetery into Vesey Park, would greatly enhance the likelihood of cyclists, runners and walkers in the surrounding estates.

They also state the link will give access to Liffey Valley Park and St Catherine’s Park via Tandy’s Lane. “A cyclist could then cycle from the Grand Canal all the way to the Royal Canal through amenity areas for over 99 per cent of the journey (over 5km) avoiding all forms of vehicular traffic.

This connection of the two canals would be favoured by all active travel users,” said LAT.