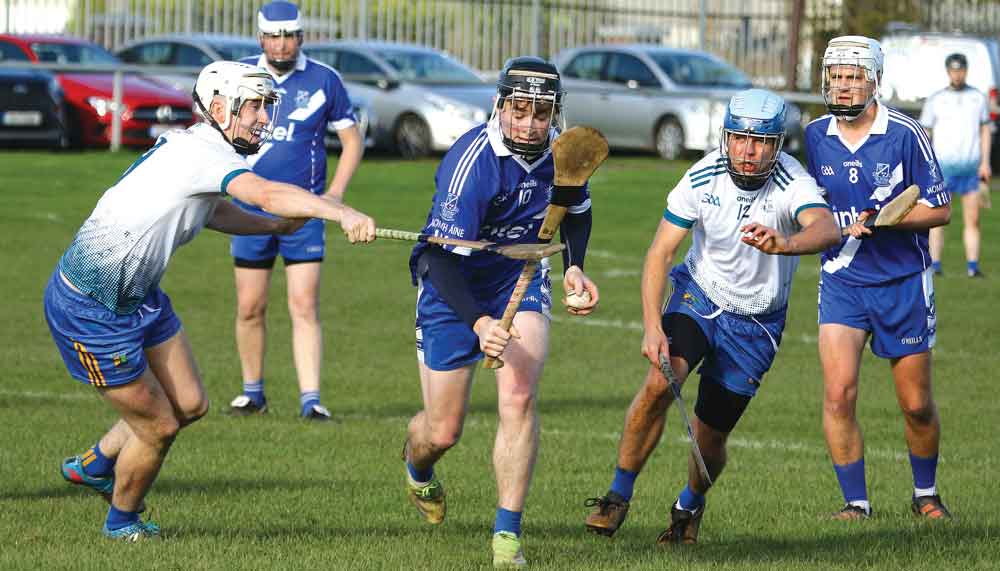 Mícheál Ó’Chinnéide and Jack Smith were the standout player for St James, Ó’Chinnéide nailing an incredible nine frees while Smith was able to benefit from chaos in the opposition box and net two goals.

From the opening whistle, St James attacked St Anne’s with ferocious intensity, morphing the match into an incredibly physical affair from the get-go.

By the opening 15 minutes, St James were already up by six, despite being held back by a handful of overhit wides.

The home side were unable to get a real foothold in the match, always looking a few paces behind and unable to respond back with any true vigour, points from Ben Jones and Daniel Culligan just about keeping them in the game.

Meanwhile the Crumlin team were free-flowing, moving up the pitch with pace and purpose, Alan O’Riordan grabbing points while Ó’Chinnéide continued to build up a cushion for his side, converting seven frees in the first half. 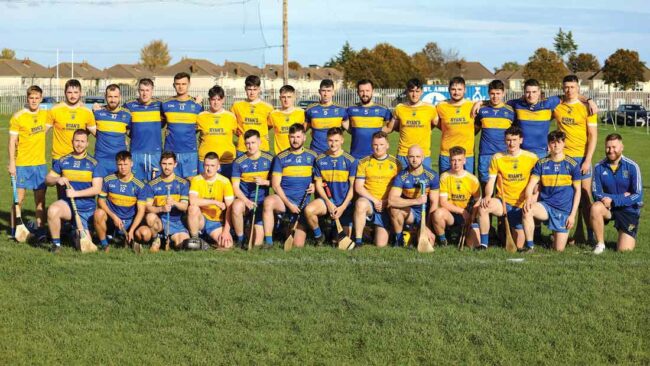 The away side’s physicality and scrappiness is what really made the difference, leading to three goals – Brian Cathbent scuffing in a loose ball five yards out in a congested area, Conor Wein hooking a clearance from the Annes keeper, and Jack Smith finding the back of the net in a close[1]range scramble.

By the 30-minute mark, St James led by 18 and seemed to already have the trophy clinched before the second half even began. 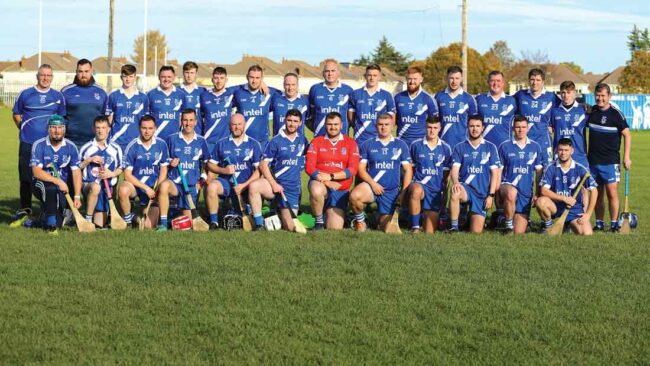 When the match resumed it looked to be more of the same, another goal for St James by Richard McGrath looking to have killed the game once and for all.

Tensions began to boil as a tussle broke out between an Anne’s fan and opposition players but play was resumed after an ugly few minutes.

From that point on, Anne’s dug in deep, scoring two goals and picking up another 11 points, Daniel Culligan putting in an outstanding performance, providing a goal and two frees. 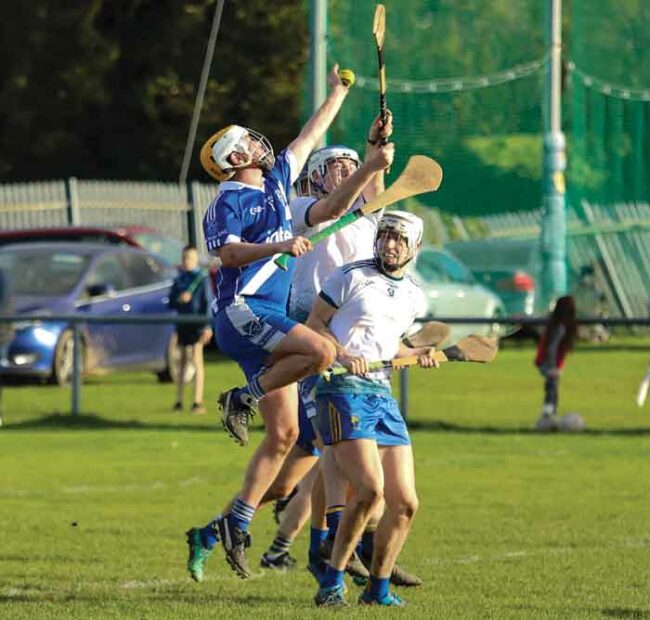 For a moment, it looked like maybe, just maybe Anne’s could do something special, the team finding some real attacking rhythm, going on a 10 to 1 run as St James were unable to answer, looking considerably deflated compared to their all-action performance in the first half.

However, it was just too-little-too-late for Anne’s, the game bookended by another superb free from Ó’Chinnéide.

After the game, Ó’Chinnéide addressed the hundred or so traveling fans, thanking them for their support as well as congratulating the opposition and the referee, before kicking off an ecstatic celebration for St James.