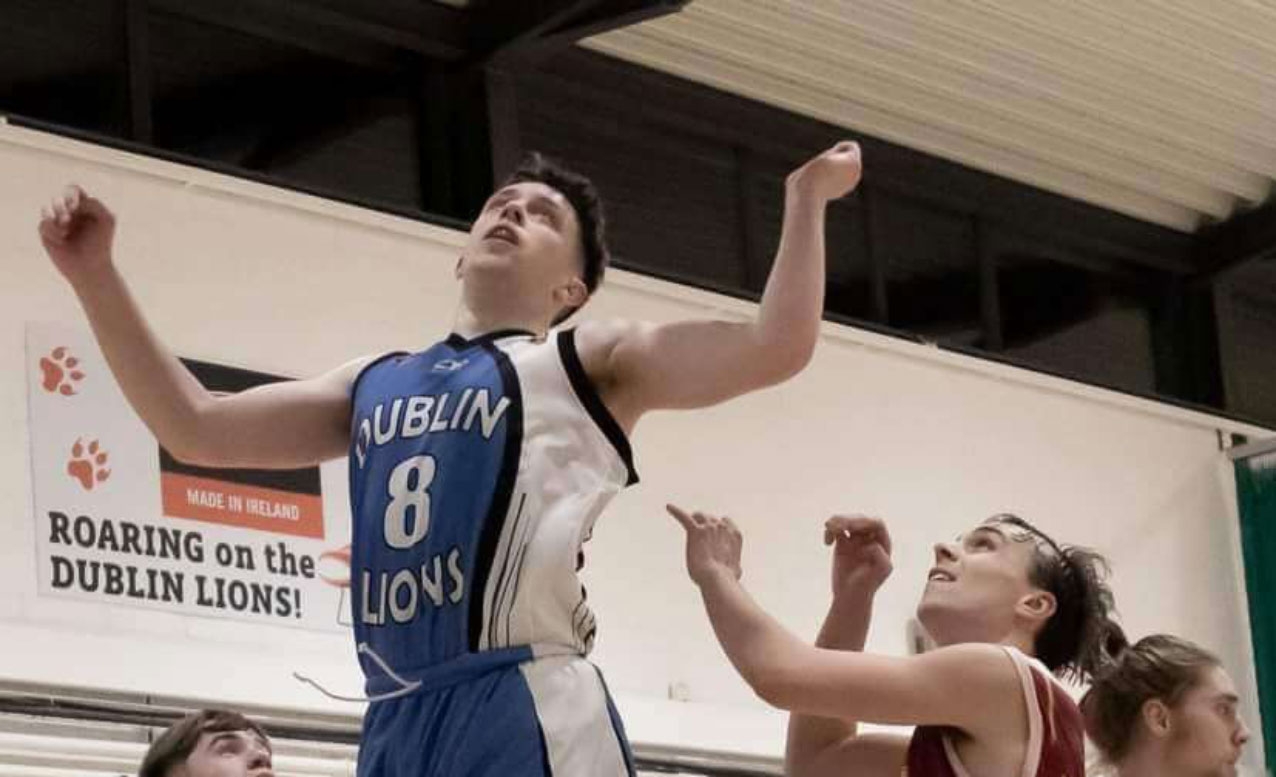 DUBLIN LIONS served up a huge performance to blow away Blue Demons and progress to the last eight of the Men’s Under 20 National Cup.

Travelling to Parochial Hall in Cork on Sunday, the Clondalkin side left their hosts eating dust with a first half display that included no less than 18 three-pointers as they racked up a 94-66 win.

Indeed, Lions had 48 points on the board within the first 13 minutes, and try as they might, Demons were never coming back from that.

“To go to Cork and win, especially with the pressure we were under, was huge for these players,” said Lions Coach Rob White.

“They were absolutely chuffed after the game because all these players are Under 19 so they’re a very young squad,” he added.

The victory sets them up for a home tie against Ballincollig in the quarter finals after the Cork side had carded an eight-point victory over Tralee Imperials in their respective Last 16 match.

It is the latest step forward for the Dublin Lions club which also saw its Under 18 Mens book their place in the last eight of their respective National Cup competition.

They won all of their five matches in their group qualification phase to set up a clash with Blue Demons in in the last eight on Sunday, December 9.

What’s more this very team is also 5 and 0 on the league front and into the semi finals of the Dublin Cup where they will take on Killester.

On the Men’s National League front, Lions are second in the Northern Conference, six points clear of second place Tolka

They chalked up a 97-84 point victory over table props Titans in Colaiste Bride on Saturday with American Latrell Wilson top scoring for the team on 23 while Muhamed Sabic and Finn Hughes combined for 29.

On the girls basketball front, Dublin Lions Under 12s recorded a 12-point victory over Killester in Moyle Park College while the Under 15s suffered their very first loss of the season also against the northsiders.