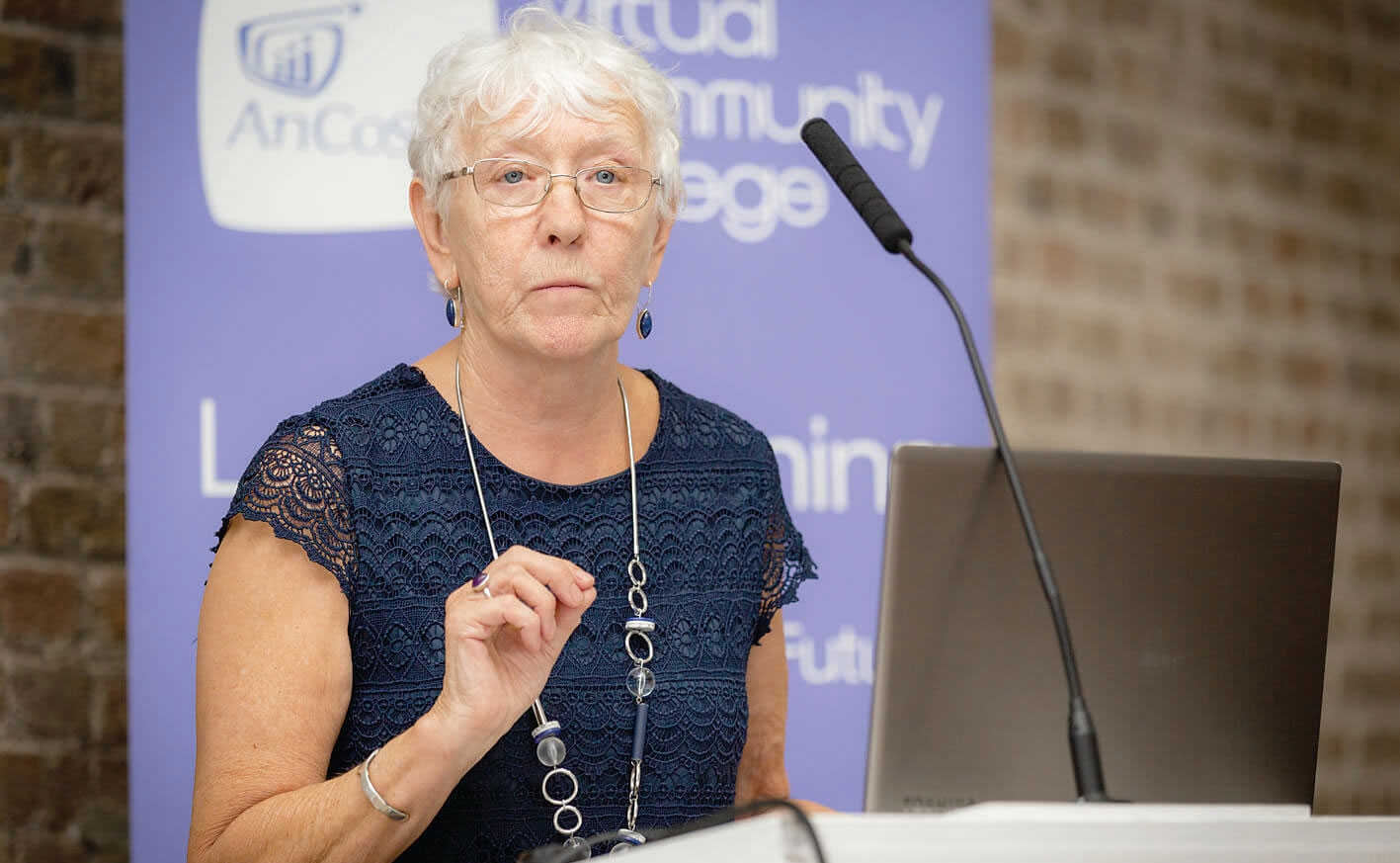 LIZ Waters, the CEO of Jobstown-based education provider An Cosán, won the Social Entrepreneur of the Year Award at the IMAGE Businesswoman of the Year Awards 2018, reports Aideen O’Flaherty.

Hundreds of people attended the glittering event which was held in The Clayton Hotel in Dublin 4, and Liz was one of ten hopefuls who were nominated for the Social Entrepreneur of the Year Award, and she described her surprise at ultimately being crowned the winner.

Liz told The Echo: “I was very surprised when I won the award. I was completely taken aback, because there were some very strong contenders in that category.

“I was quite stunned, and when I started to speak [at the podium] I knew what I wanted to say, because I know what’s important about the work we do.

“I told them about the importance of helping women who parent alone and who are challenged by access to further and higher education.”

An Cosán was set up in Jobstown in 1999 by Katherine Zappone and her late wife Dr Ann Louise Gilligan to foster educational achievement for people in the area, and since then it has grown to offer courses that are delivered in communities around the country.

Liz added: “Getting the award might sound like it’s about the person who received it, but it’s about our work, our team and our people.

“People are very pleased for me, and they realise the award is not just about the recognition of a person – it’s a team effort and a community of people who help to run An Cosán.”