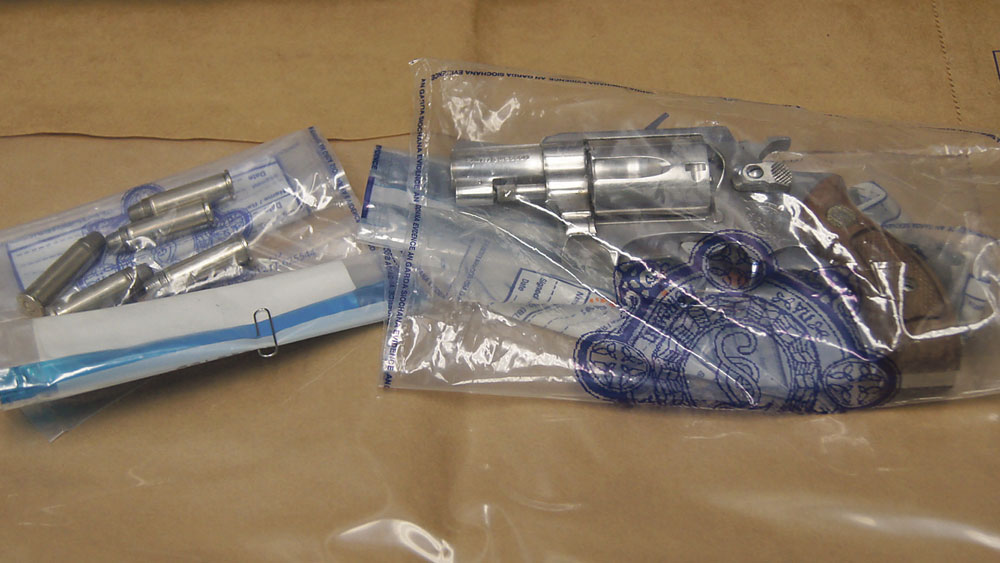 The revolver seized by Gardai in Tallaght on Tuesday (Photo: An Garda Siochana)

A LOADED revolver and a vehicle bearing false number plates were seized in Tallaght by the Garda National Drugs and Organised Crime Bureau.

The seizure was made on Tuesday, November 23, and two males, aged 51 and 22, have been detained under section 30 of the Offences Against the State Act 1939 and are in custody in Dublin Garda Stations.

Follow up operational activity including the searching of particular premises, is ongoing.

Assistant Commissioner John O’Driscoll who has charge of the Garda Síochána’s response to Organised and Serious Crime, said: “The Garda Síochána believes, through the actions of the Garda National Drugs & Organised Crime Bureau, supported by other specialist units, we have again intervened in a threat to life situation that was likely to result in the death of at least one person.

“The members of the Garda Síochána involved are to be commended for bringing this operation to a successful conclusion by seizing a loaded firearm and arresting suspects.”