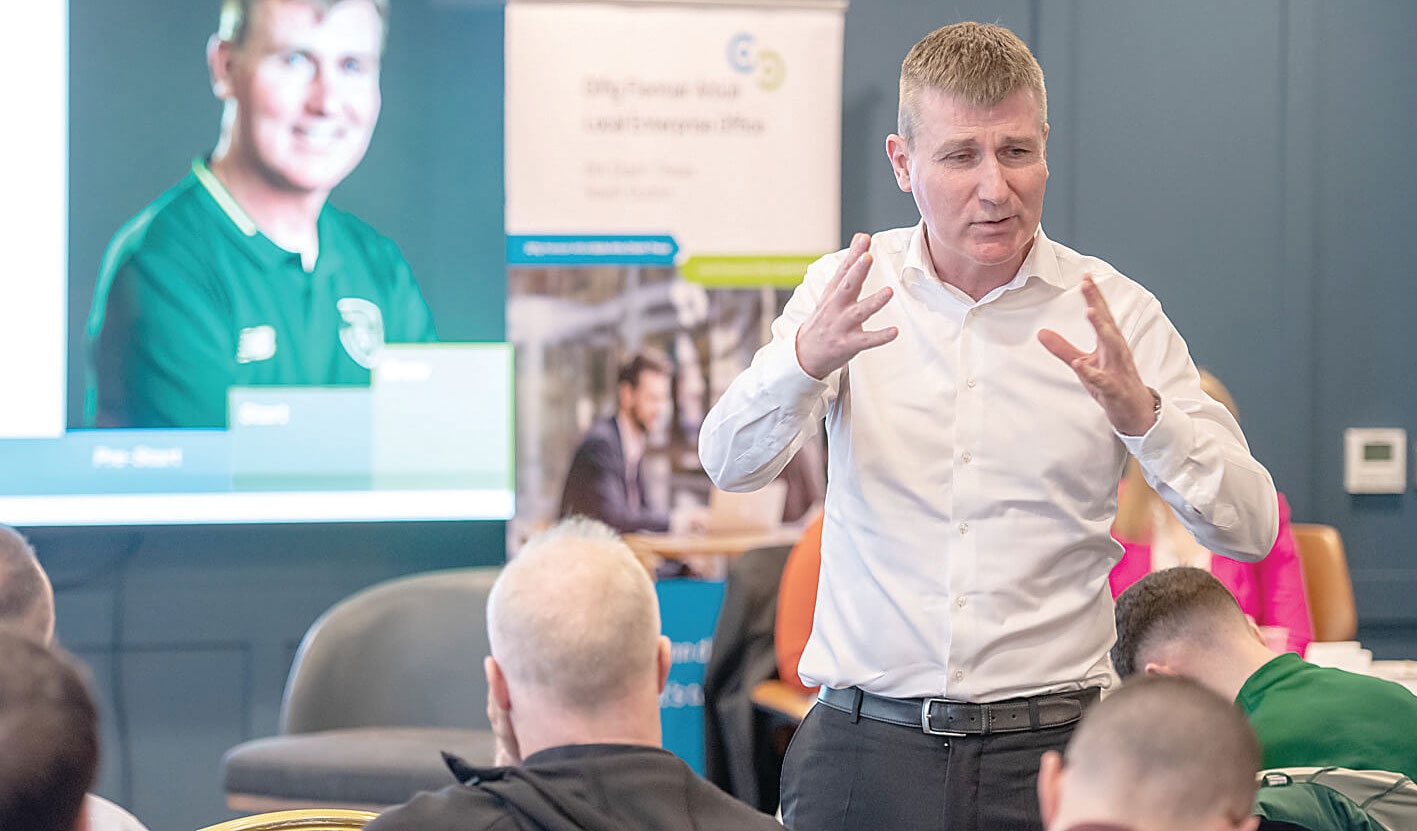 A corporate workwear design and manufacturing business from Ballymount is this year’s winner of the South Dublin’s Enterprise Award for 2019.

Uniformal took the top prize of €5,000 and will now represent Local Enterprise Office South Dublin at the 21st National Enterprise Awards on Wednesday, May 29 in the Mansion House.

Ireland U21 manager Stephen Kenny from Tallaght speaks during the Entreprise Awards week.

Uniformal was set up in 2016 and is a spin-out from a family business which has over 30 years’ experience designing and manufacturing corporate wear in Ireland.

The company currently employs eight full-time and one part-time staff and recently moved to their own premises in Fashion City, Ballymount in 2018.

They benefited from various LEO supports, securing a Business Expansion grant in 2017/18, an Innovation Voucher from Enterprise Ireland and a Microenterprise Development Fund grant towards the development of their new premises from South Dublin’s Business Support Fund in 2018. The business continues to go from strength to strength in Ireland, UK and European markets through their established network of distributors and re-sellers.

Other winners at the South Dublin Enterprise Awards held at Tallaght Stadium included Dan Barry of VRX Audio and Oisin Lennon of Danu Sports, joint winners of the Innovation award; Hannah Byrne from Carnivore Kelly’s who won the Best Start-up award; and Darragh Whelan of Wyldsson winner of the Best Export award.

Judging for the national awards is taking place in April and May and Uniformal will be competing against 30 other finalists from every local authority area for a share of the €40,000 prize fund. The Mansion House in Dublin is the venue for the awards ceremony in May with categories this year including ‘Best Export Business,’ ‘Best Start Up Business’ and ‘Innovation,’ in addition to eight regional awards.

Among the special guests at the ceremony were Mayor Mark Ward, Jo and James Davey of Absolute Nutrition – who were 2018 overall winner – Frank Nevin, Director of Economic, Enterprise & Tourism Development, South Dublin County Council and Keith Barry, who performed his Mind Magic your Business Seminar.

The South Dublin Enterprise Awards were just one of the many highlights of Local Enterprise Week, which ended on March 8 last. Over 370 events, which were organised by the network of 31 Local Enterprise Offices nationwide, were aimed at start-ups, aspiring entrepreneurs and small businesses in their area.

Other high-profile events held during South Dublin Local Enterprise Week included: “Leadership Lessons from a Successful Manager” with Stephen Kenny, Republic of Ireland U21’s manager; “How to Tell your Brand Story – The Power of Storytelling” with Niamh Sherwin Barry; The Irish Fairydoor Company “Influences of new Technologies on new Businesses” with Bobby Healy; and “Mind Magic your Business Presentation” with Keith Barry.