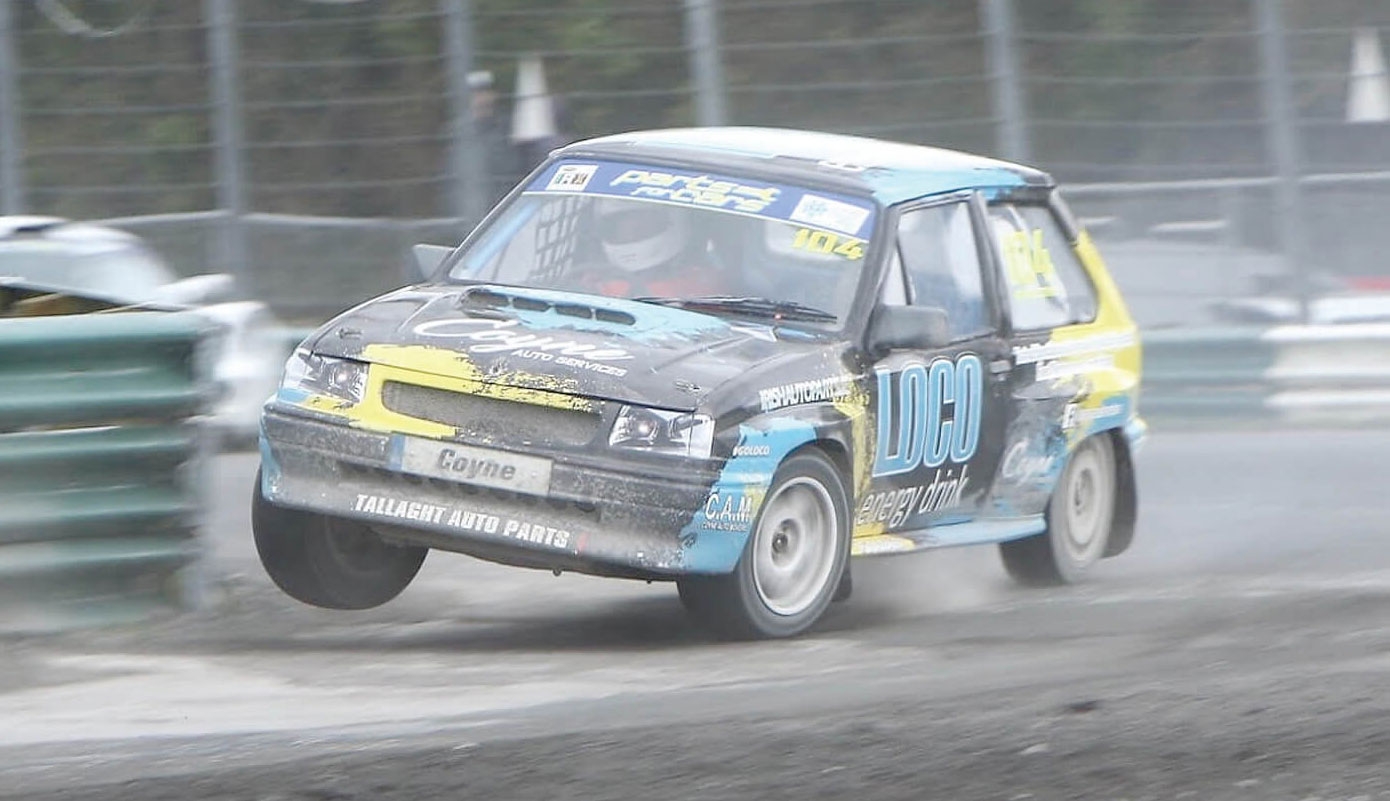 LOCAL drivers figured strongly in the latest round of the Irish Rallycross Championship which was combined with the Irish Drift Championship.

Indeed Terenure man Derek Tohill took both the Supercar and Super Finals, with Noel Greene, emerging his closest rival on both counts.

Michael Coyne was in action

The latter made the better start in the Super Finals, and led the way for the opening lap before European Rallycross Championship contender Tohill overtook and powered to victory.

Tallaght’s Michael Coyne also made his presence felt finished runner-up in his second heat before winning the third to make it on to the back row for the Modified Final in which he finished fourth.

Fellow Tallaght man Peter McGarry topped this race in his Open VX 220, ahead of Lloyd Spendlove and Rian Grealish in sec-ond and third respectively.

McGarry continued on to finish third in the Super Final- the best of the two-wheeled drive cars which Coyne had to retire due to technical issues.

His brother William also suffered a disappointing day as he had to retire his Opel Corsa in practice due to mechanical failure of a gear selector part.