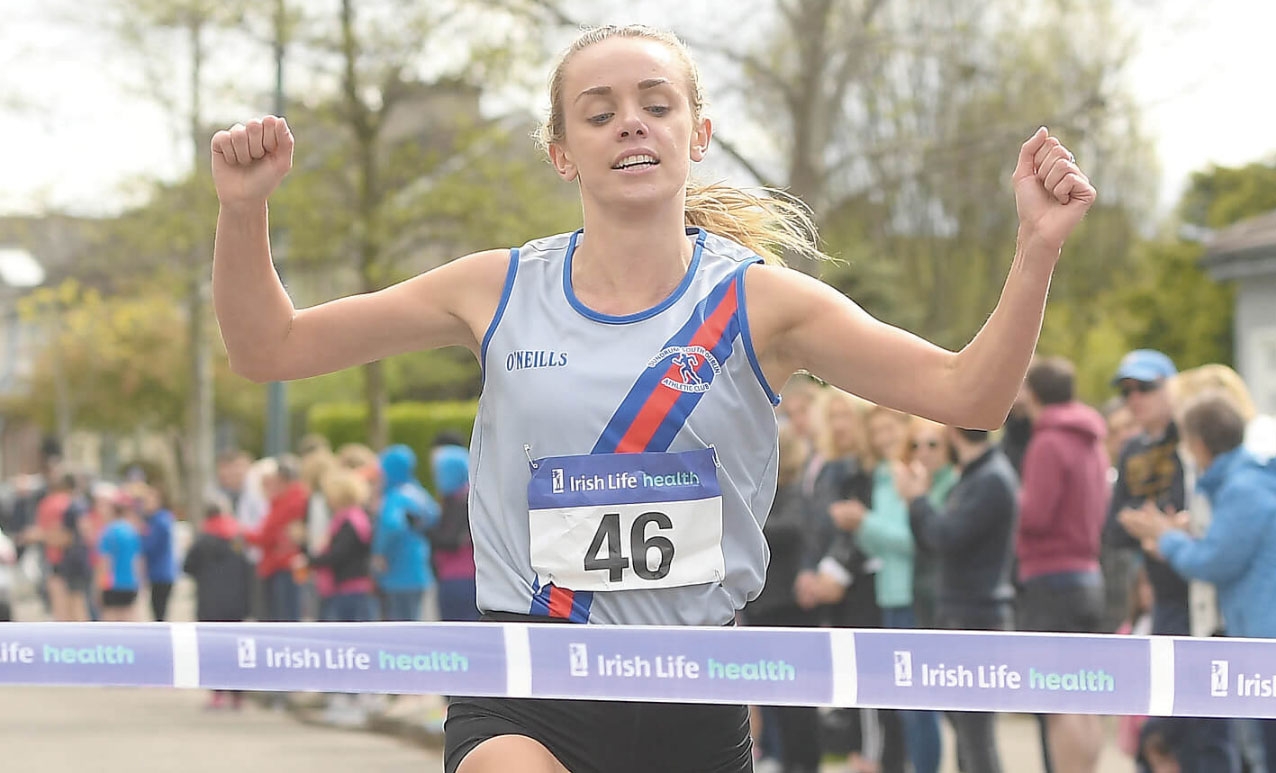 THE long hard winter of distance running paid dividends for a number of DSD runners as their women’s team finished up first and their men’s outfit second in the National Road Relays in Raheny.

For the women, Marathon Olympian, Linda Byrne, ran the first leg over one mile and, although below the distance she normally runs, she handed over in a close second to North Down, with favourites, UCD back in third.

Fiona Clinton took off strongly on the second leg, covering two miles and retained her position, with UCD slipping backwards after which Meghan Ryan ran a scintillating last leg, catching the leader and securing gold medals for her team, with North Down having to settle for runners-up and Dublin City Harriers in third.

The men’s race consisted of four athletes, with defending champions, Raheny Shamrocks, going for three in a row, at their home venue.

This proved the most exciting race of the day, as the hosts, Kilkenny City Harriers and DSD went head to head from the gun.

Returning from a long absence from competition after his great fourth place finish in the European Cross Country Championships a few years back, Joe Sweeney fought his way to third place before the changeover.

Just out of Junior (Under 20), Paul O’Donnell was next up and showed he will soon be a force at senior level, as he moved into second place.

Next came the real drama of the race as Hiko Tonoso took off 150m behind Mick Clohissey of Raheny, and caught him close to home to give DSD a four-second lead heading into the last leg.

But, try as he might, John Eves, could not contain the in form Conor Dooney, as he brought Raheny home for three-in-a-row, with DSD second and Kilkenny City Harriers third.