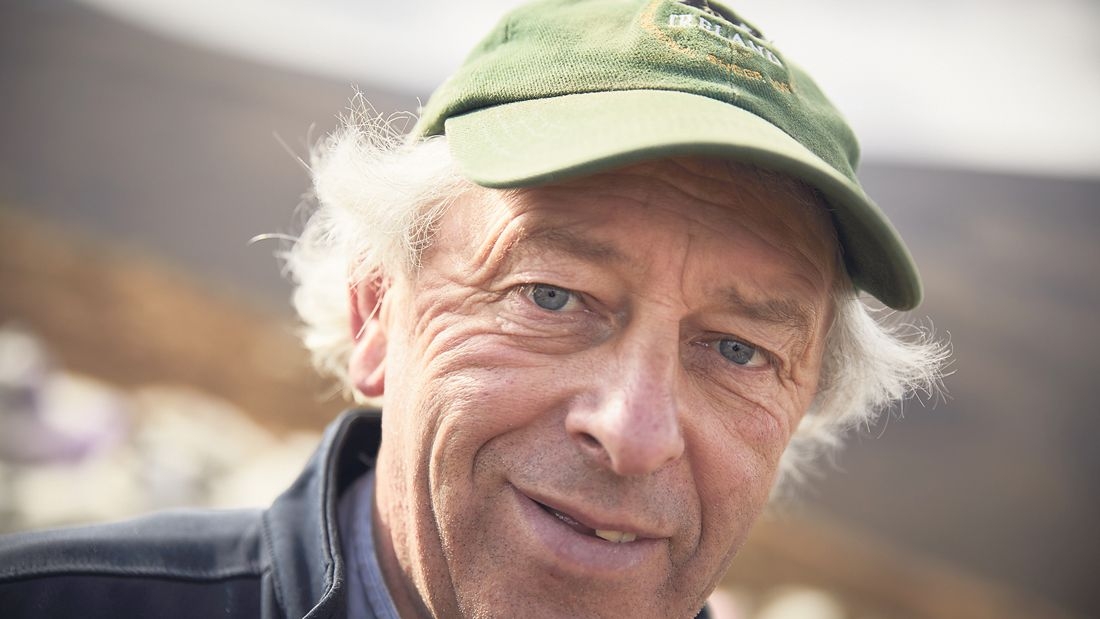 A traditionalist to the core, Donie Anderson comes from a long line of farmers and he has recently become an online sensation after he posted a video of himself cutting his hair with a traditional sheep shears.

The video, which the Glenasmole farmer shared on his own Facebook page, was picked up by media organisations across the world gaining tens of millions of views.

Of old stock, Donie has dedicated much of his life to perfecting the traditions and crafts of farming, winning the coveted Hand Shearing Competition at the pre-1950s Hollywood Fair last year.

Living on his family farm in Glenasmole in Bohernabreena with his wife Angela and 11-year-old daughter Mary, as Donie describes he is “just an ordinary joe soap up in the hills who does a bit of sheep farming”.

Coming from a long line of farmers, Donie says: “We went back as far as I believe the 1700s.

“A man wrote a book about Malachi Horan and he’s telling this story about a father and son up in the hills, the father could speak better Irish than the boy. It’s around the late 1800s.

“The name of the farmer was Raftery and we believe that was my grandfather on my mother’s side.”

Having grown up in a farming family, Donie was passed down methods of training sheepdogs by his uncle and last year, his work as a sheep farmer and dog trainer was, alongside 29 other customs, practices and traditions, added to the National Inventory of Intangible Cultural Heritage.

Donie is a familiar sight at local events across the community, where his sheepdog Jess herds sheep, geese and hens with great expertise.

“I had an uncle who was very good at it. I’ve been training dogs all my life,” Donie tells The Echo.

“When I was about ten, I had a sheepdog called Tiny, she was well bred.

“The late Willie Murphy of Friarstown House would have been very good to me and he sort of put me on to the sheepdog trials.”

At this time of year Donie is swept off his feet lambing, putting in a 21-hour day last week to help a ewe berth her young.

“We’re doing a lot of lambing in this weather. Yesterday I finished at three o’clock in the morning,” he said.

“We’d bring a ewe down off the hill for lambing for four to six weeks and then put them back up in the commonage to graze with her lamb after that.

“So I got up a bit later this morning, I’d normally be up at six but it was seven this morning. I’d be checking them all day because they could be lambing at 12, then probably three and so on.

“We’re trying to get the ground ready for planting now as well and if the weather stays good, I’ll go up to the bog in Castlekelly to cut a bit of turf… the traditional way of course.”

When Donie began listing off the animals that he has on the family farm in Glenasmole, he mentions geese, hens, horses and donkeys.

“God I’m sitting here in the yard and the goat is looking at me as if I forgot about him, I suppose I should mention that we’ve three goats as well.”

The 61-year-old is philosophical in his approach to life and hyper-aware of the importance of nature and the preservation of traditional farming methods.

A former Tallaght Person of the Year, Donie has dedicated his life to help preserve and protect farming traditions across the Dublin mountains and is also heavily involved in the Glenasmole Pure Mile.

Each moment that he chats with The Echo about his life in the Tallaght hills, Donie’s attention is always drawn to the animals.

“Even when I’m sitting here talking, I’m watching the bees and there’s a rabbit running around, a crow sitting there.

“We’ve a few bees. A few fellas asked me if they could hold bees here and that they would give me some fresh honey in return. It’s pure honey, and they’re native bees as well.

He added: “Like the geese are going round the yard now with eight goslings.

“Life goes on, obviously it doesn’t for some people but what I’m trying to say is this coronavirus is just another challenge. This is it.

“We had the Spanish Flu 100 years ago and we did get through that. It’s difficult right now but as I like to say #WereAllInThisTogether.”

Nominated in the National Farming for Nature Awards for the second year running, Donie continues to devote his life to the preservation, promotion and protection of farming in the Tallaght hills – and he would not have it any other way.