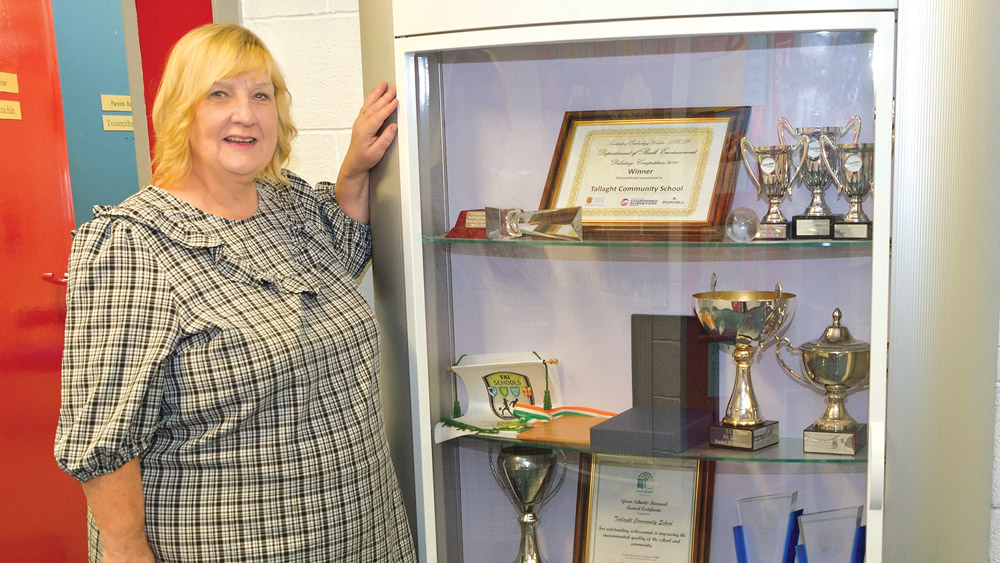 HELEN McCann  embodies the spirit of Tallaght Community School (TCS), where she was one of the very first students when it opened in 1972 and works as a Special Needs Assistant (SNA) today.

“I’m only part of a very small group of SNAs and teaching staff in TCS, who are a credit to the students and have a passion for their work,” the 63-year-old tells The Echo.

“Seeing students come in as children and leave as adults, knowing they got an education, I suppose makes my job more enjoyable.

“I have a passion, I love my job. I’m 63 now and I’m getting older, I’m probably going to retire next year but I’m dreading it. I love what I do.”

This year, TCS is celebrating 50 years since it opened the doors of their school and Helen is flat out coordinating a special event to mark the anniversary.

Complete with dance numbers, music, and all sorts of fun, the 50th celebration will kick off this Friday night in the Balrothery school.

With all of the organising she is busy doing, it cropped up in conversation this week that Helen was one of the very first students in the school, which was the first community school in the country.

“I was in the very first class of Tallaght Community School, in the first door, on the first day,” Helen reminisces. 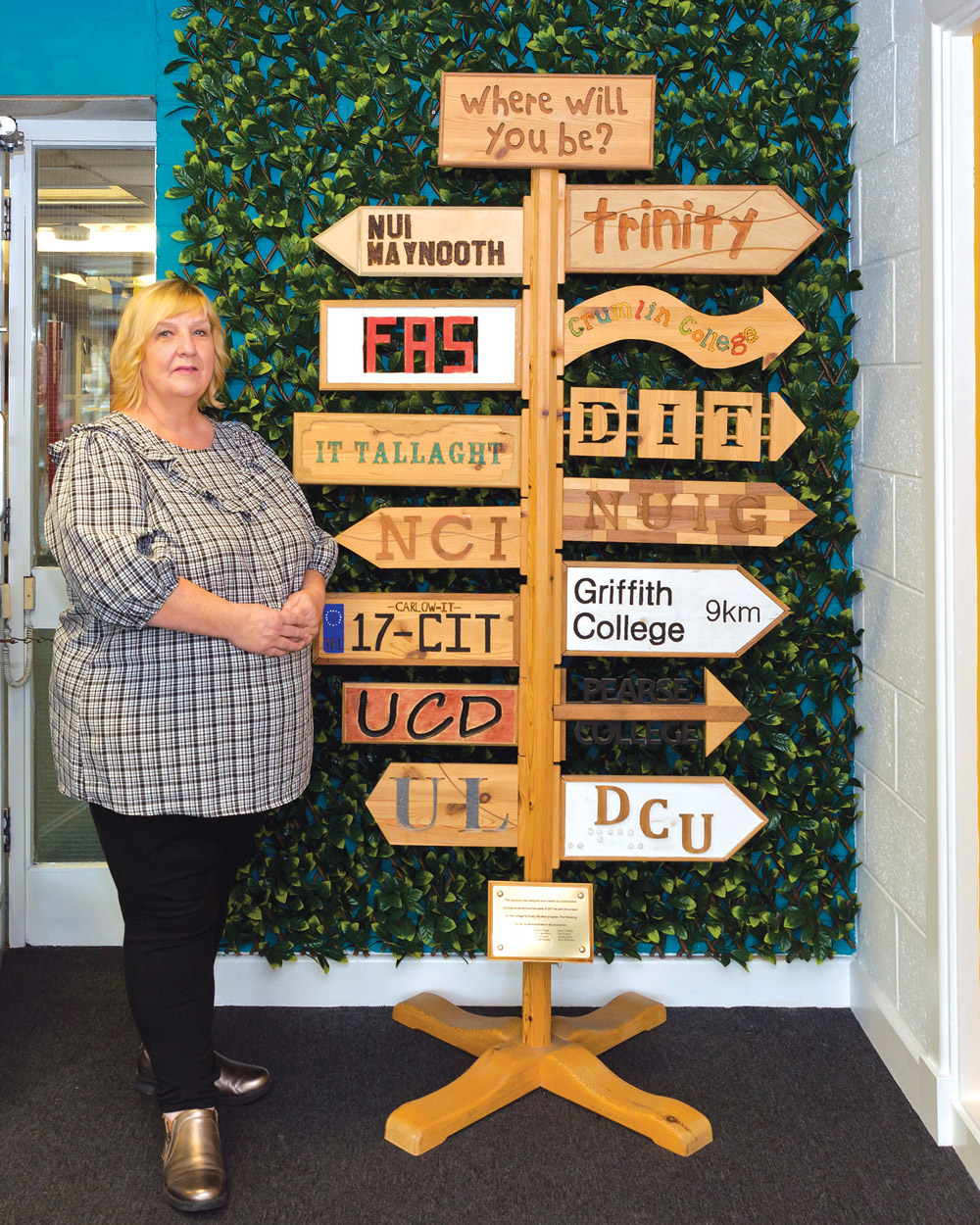 “When you’re reminiscing that far back, you’re talking about 50 years ago.

“We remember the school wasn’t finished, the building only had one side really.

“We had to go to the VEC school on Main Road for the first year because the school wasn’t ready, we went into prefabs.

“Then in second year, which would have been 1972, we went into the new school building.

“We were going into the big new school that was exciting for us, we wouldn’t have really known too much about it being the first community school.

“We just wanted to get into this brand new school and that was exciting.

“The biggest thing we loved was the uniform, which was chocolate brown with a tuck white shirt – then after about two years everyone hated it.

“Everyone had navy jumpers at the time, and if there was anything that we were at, the first thing you would see would be the brown jumpers because they were so unusual. 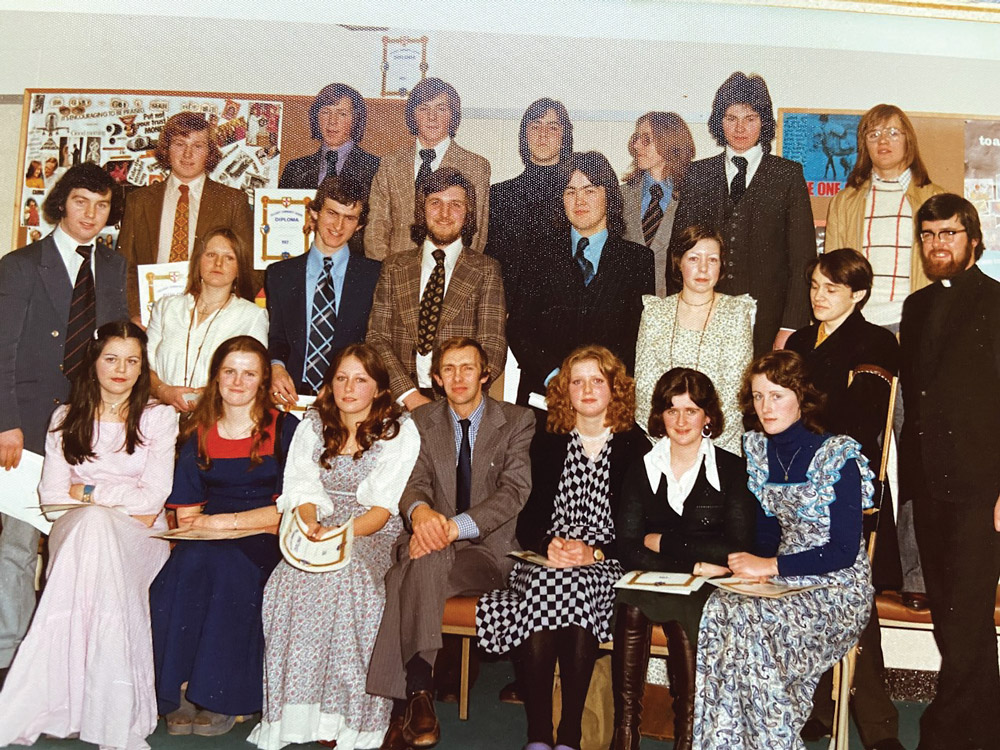 “All the labs weren’t there at the time, the woodwork rooms and that would have been there.

“To do home ec and go into labs though, that was the real excitement. You were really going to big school then.”

Originally from Palmerstown, Helen and her two brothers moved to Bolbrook in Tallaght with her parents Hubert and Maureen East, in 1971.

It was a time of radical change in Helen’s life, she had moved across the county into a corporation house in Tallaght, her father was ill, and she was starting her secondary education in TCS.

Following her father’s death, Helen picked up a summer job to get what she needed.

“I went to work in Jacob’s when I was 13-and-a-half for the summer, that was when I was in school,” Helen says.

“My father died the year I was in there, it was just myself and my mother because my brothers were older, they were off, married and everything.

“We had no money to be quite honest. My mother, she worked, and if I wanted anything, I was kind of working for that, to have money for clothes or anything.”

Helen made the big move into the “big new school”, in which Padraig Heeran was the founding principal and Frank Murray was deputy principal.

“In my era, we all left school when you were 16 and got a job. The really good girls or the really brainy ones, or if there was money in the family, went on to the Leaving Cert,” she smirks. 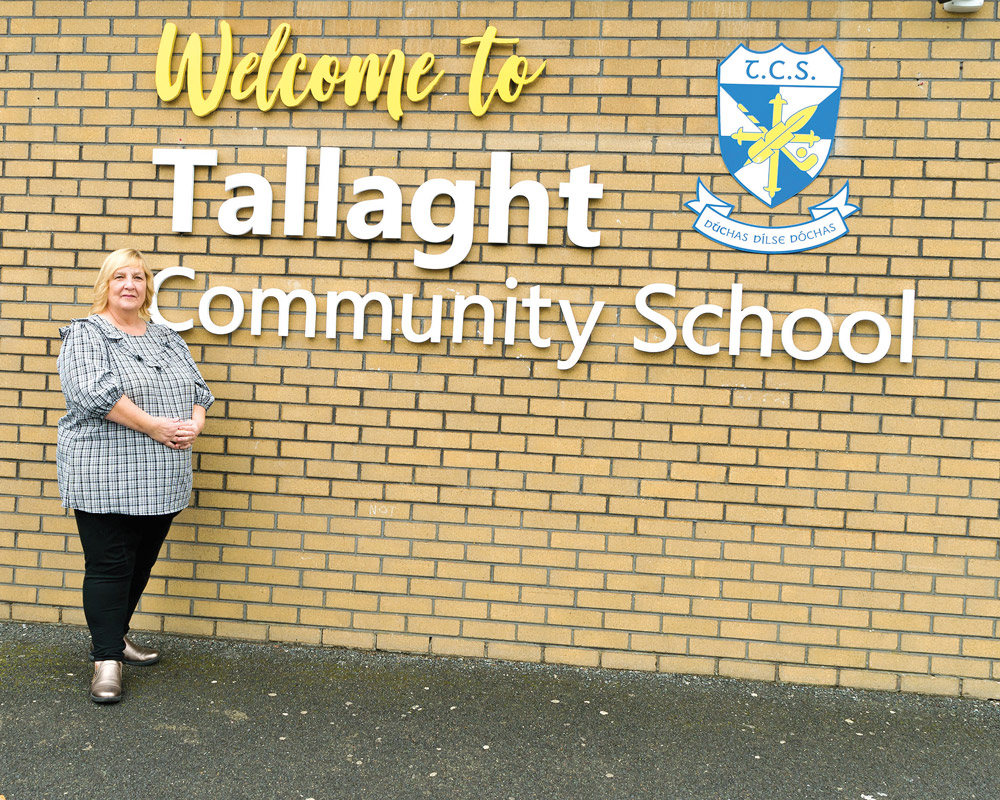 “In second year, we did the Group Cert, and then there was the Inter Cert. Two years after that you did your Leaving Cert.

“There was no transition year or anything like that. I left school myself at 16 or 17 to work, then I went back to school, I did dance and drama and then I finally went back again to do my SNA.”

For years, Helen was involved in running Electra stage school in KIlnamanagh and one day, in 2000, the mother of three got a phone call asking if she would help choreograph the dancing in the TCS musical.

“I was a dance teacher there from 2000 because I had studied dance and drama, but it was nothing to do with being a student there,” she recalls.

“They had brought me back because I had done dance and drama in Kilnamanagh Community Centre for years.

“I went back to Kelly O’Rourke, who was fantastic at the musicals there. I stayed doing that for nearly 15 years.”

Around 2008, Helen started to think about the possibility of changing careers and one thing kept cropping up, pursuing a career as an SNA.

“I just loved working with kids. I just thought I’m not going to be able to tap dance and dance, I’m coming up to 40 now, maybe it’s time to try something else,” she says.

“I said it to Pat Coffey, who was principal at the time, ‘my knees are getting sore, I’m getting too old for tap dancing’.

“Pat says to me ‘would you not train to be an SNA, I think you’d be tremendous’.

“I had also been helping in primary school, doing a bit of dancing, because my kids went to St Paul’s and I’d help them with the school show.

“So I trained to be an SNA, I went to St Paul’s in Greenhills first for a year and then I started in Tallaght Community School in 2010, and I’ve been there ever since.”

It was recently announced that TCS would benefit from a new 1,000-pupil school building with special educational needs classrooms being provided, at a cost estimated to be around €23m.