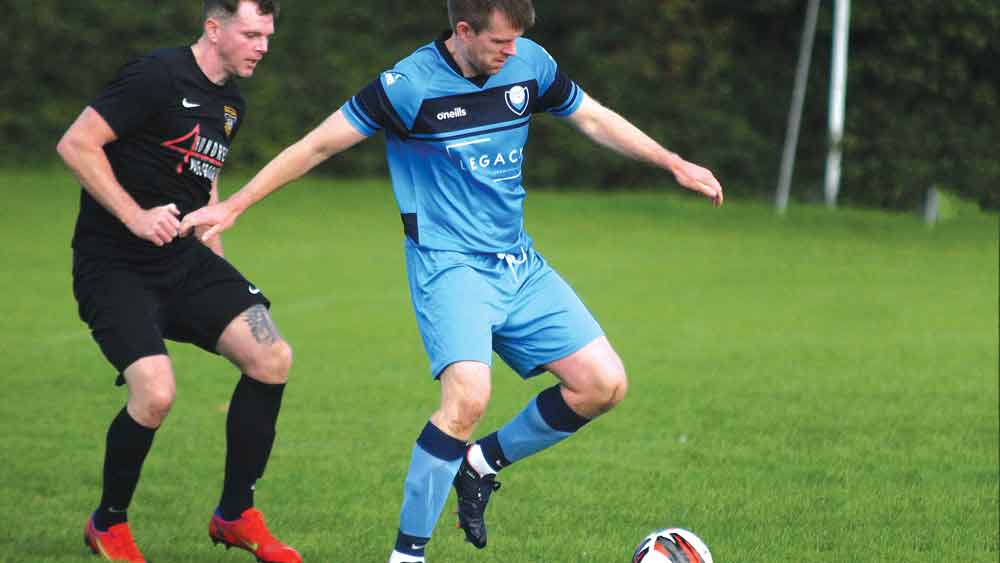 THE SCORELINE says it all, Usher Celtic were far too strong for VEC FC when they met in Terenure on Saturday morning as they strolled into round two of the LFA Senior Cup, reports John Mooney.

A seven-goal mauling for the UCFL Premier Division outfit, but the one thing that struck me at the final whistle was that the players took this defeat hard, and all had that disappointed look about them.

They gave it their all on the field and battled on even though the game was way beyond them, then again they were playing a side from the Leinster Senior League, Inter-mediate 1A, and they top their section.

After a half chance fell to Tom Wrynne early on, it was Usher all the way and they hit the front in the 15th minute when Gary Gannon, – he helped himself to four on the day – smashed home a beauty from a throw-in.

That lead was doubled 10 minutes later again it was Gannon on the mark, when he capitalised on keeper Dan Smyth letting the ball slip from his grasp and tucking the loose ball home.

Two became three five minutes before the break, and the Celts were thinking of who they will meet in round two, when Wayne Walker more or less put the game to bed.

It meant for changes at the break but the outcome was the same as Usher was still as strong as ever.

Gareth Kilkenny made it 3-0 five minutes after the restart, while Gannon completed his hat-trick soon after.

It was hard on VEC but, in fairness, they battled on despite the ever-increasing tide that was flowing their way, as Usher spread the ball all over the field and created chances.

Number six was a beauty as Gannon floated over a ball that Darren McDonald brilliantly vollied home, while Gannon had the last say when netting number seven.

The result looks bad but you have to take into account that Usher are a top Intermediate side, have a good squad and look like they will play at an even higher level next season.