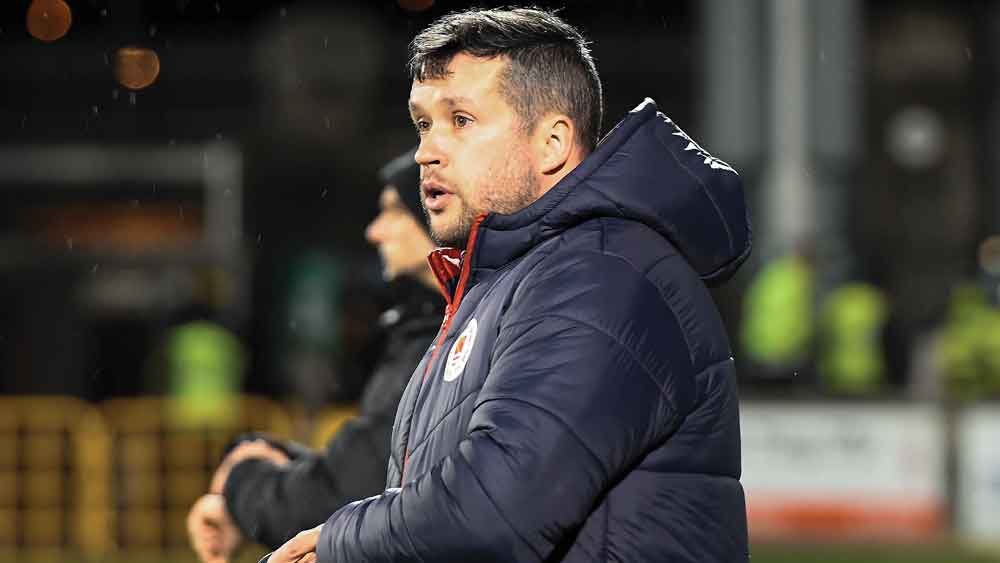 FOLLOWING an extraordinary game against Dublin rivals Shelbourne at Tolka Park on Monday, St Patrick’s Athletic will face a further test of their European credentials when they take on Dundalk in Oriel Park this evening (kick-off 7.45pm).

Having lost out 1-0 to Derry City in a cagey home affair three days earlier, the Saints locked horns with Shels in a game that proved to be the polar opposite.

At the end of an absorbing 90 plus minutes of action, Pat’s were forced to be content with a 4-4 draw.

Five points adrift of third-place, Dundalk with a game in hand before a ball was kicked in Drumcondra, Tim Clancy’s Inchicore men fell behind to an early goal from Sean Boyd.

This was only a minor speed bump, however, as Barry Cotter (on loan from Premier Division champions Shamrock Rovers) restored parity in the 21st minute with a clinical finish off his left-foot.

Former Saints attacker Matty Smith came back to haunt his old side with a second Shels goal just shy of the half-hour mark, only for a Boyd own goal to ensure the sides were inseparable at the break.

Managed by Ballyboden native Damien Duff, Shelbourne returned to the top-flight this season after a brief spell back in the First Division and the former Republic of Ireland winger has staved off the threat of relegation with minimal fuss.

His side were playing with great confidence in this game and looked set to claim all three points with Boyd and JJ Lunney giving them a 4-2 lead at an advanced juncture in the second half.

Yet Pat’s persevered with their challenge and it was a reliable face who ultimately helped to secure a share of the spoils.

Already in double figures for league goals prior to this contest, Firhouse native Eoin Doyle fired home a brace of penalties inside the final quarter.

Despite the character shown in avoiding defeat, Monday’s result saw the Saints losing ground to Dundalk in the race for a top-three finish, which will guarantee a UEFA Europa Conference League spot for 2023- 24.

The fourth-placed team would be granted European football for next season if Derry City were to win the FAI Cup, but with Clancy’s predecessor Stephen O’Donnell now in the Dundalk hot seat, Pat’s will be looking for all three points tomorrow night and to achieve as high a finish as humanly possible.