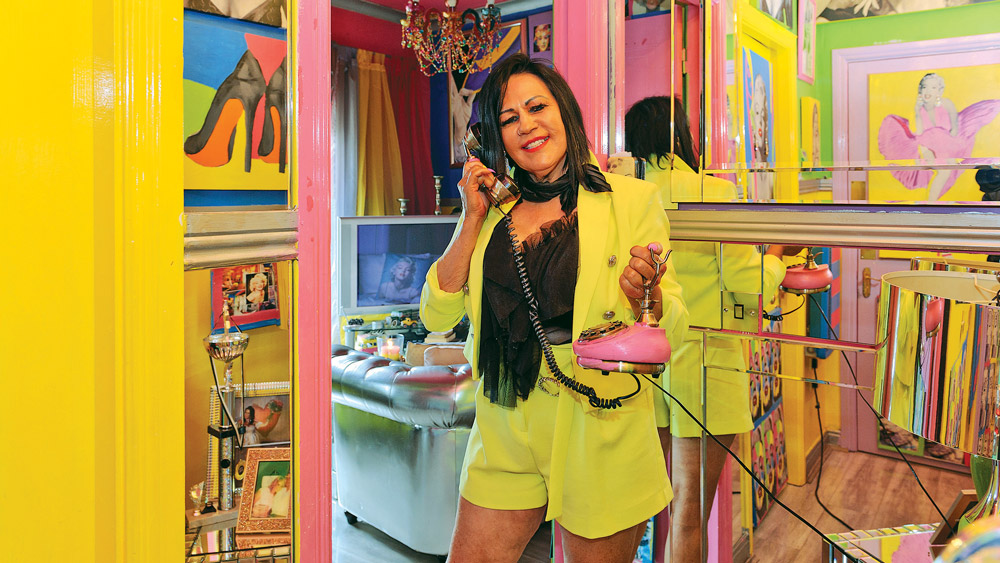 Jackie Devoy, 59, who works as a healthcare assistant in a local hospital, became fascinated with the film star when she was 16 years old and living with her family in the inner city.

Since then, her interest in Marilyn Monroe’s life has blossomed, as has her penchant for collecting trinkets and merchandise depicting the Hollywood star.

“I loved Marilyn for her ‘little life’, not the life she had when she became famous,” Jackie told The Echo.

“She was abused as a child, and so was I, and she also spent time in foster homes and orphanages because her mother was schizophrenic.

“When I was growing up, we had lots of books about her in the house, and when I was about 16 I started collecting pictures of her, which are up around the house now.

“I just idolised her for the life she didn’t have – she never knew her father, and her mother couldn’t cope with raising her.” 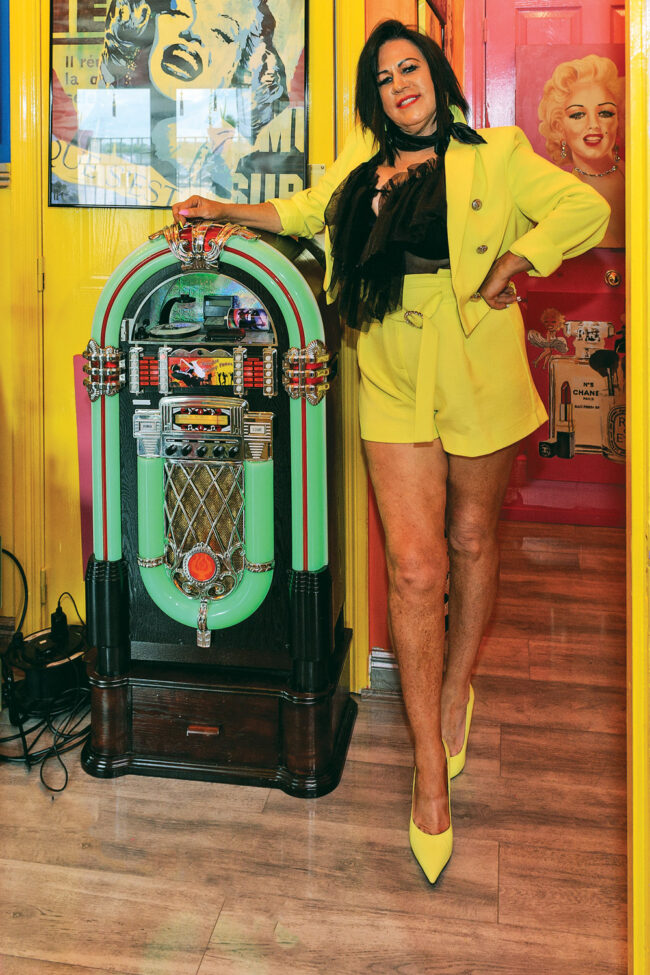 Jackie’s Marilyn Monroe kitchen, juke-box and her decorated doors around the house

In the years that followed, Jackie decked out her house in Neilstown in an arresting array of colours with Marilyn Monroe being a central feature of each room.

While Jackie’s interior design choices weren’t necessarily welcomed by her two children (“They always asked, ‘Ma, why can’t we have a normal house like everyone else?’,” she recalled), she’s proud of the home she’s created and designed to her own tastes.

For 30 years, Jackie lived in a house in Neilstown that was similar in design to the apartment she now lives in, and largely kept the interior of her house under wraps. 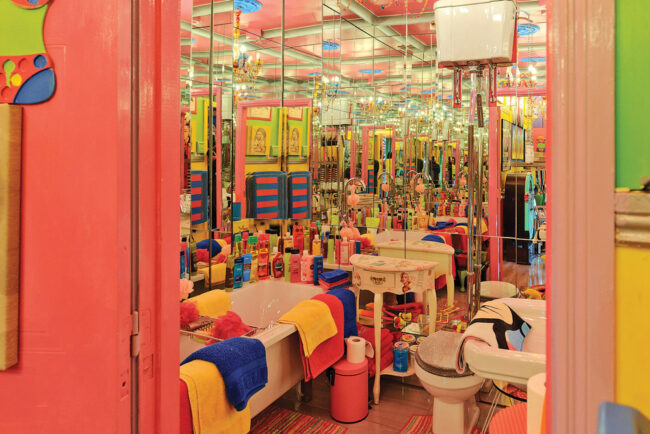 It was only when she decided to sell the property four years ago, and accompanying photos of the house went online, that she began to attract national attention.

When asked how she feels when she sees other people’s houses, and if she’s ever tempted to follow their lead, Jackie said she doesn’t see the appeal of more minimalist homes.

“Anybody that comes in here, their jaws drop,” she said. “People would turn around and say, ‘You’d want to be wearing sunglasses if you’re going in there’. 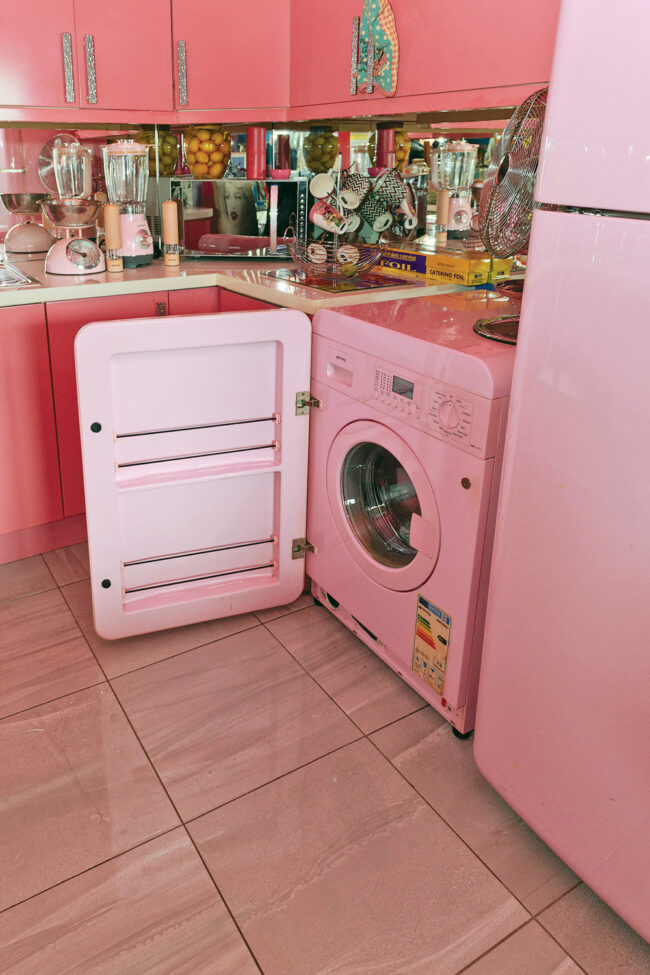 Jackie was interviewed on Ryan Tubridy’s RTÉ radio show, her house was discussed on ‘Morning Ireland’, and she went on to appear on RTÉ’s ‘First Dates’ in 2019.

“They put me on the ads for ‘First Dates’ for 12 weeks,” said Jackie. “They had me on for the whole series and told me I was the star of the show – I loved it!”

While she enjoyed her time on the small screen, Jackie is hoping to be a star of the silver screen with the release of her new book, ‘The Enchanting Belle’, which she hopes will be adapted into a film.

The book is loosely based on Marilyn Monroe’s life but is set in Dublin, and features a lead character called Belle, whom Jackie has dubbed ‘the Dublin Marilyn’. 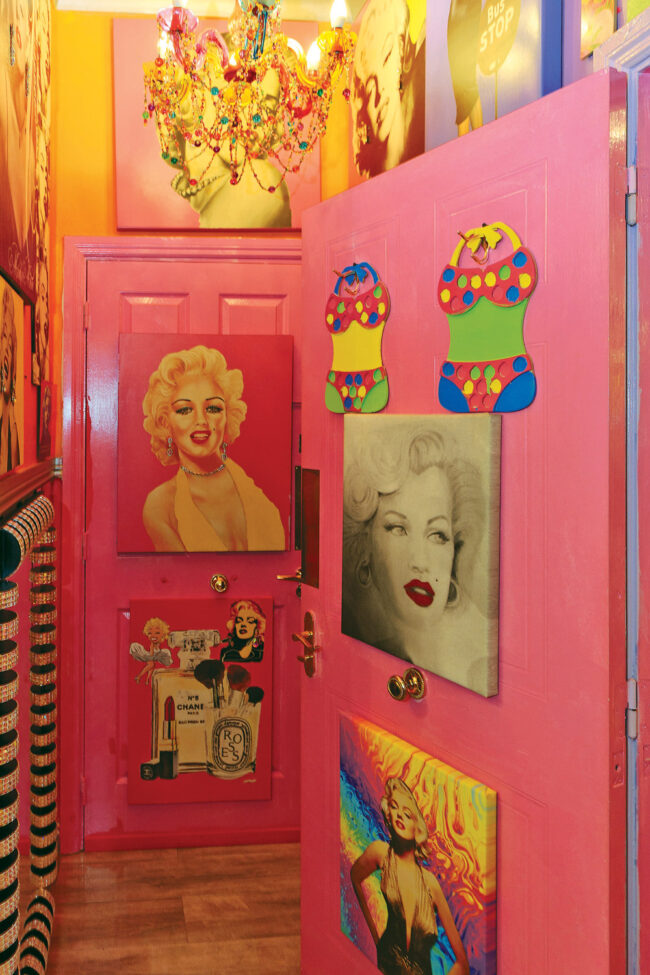 The character of Belle is from the inner-city and works in a Dublin hospital while mingling with high-flying politicians.

“It’s a film in a book,” explained Jackie. “I’m looking for a film producer to make the Dublin Marilyn.

“I’ve always wanted to make a film but I didn’t know how to go about it, so I decided to write a book. 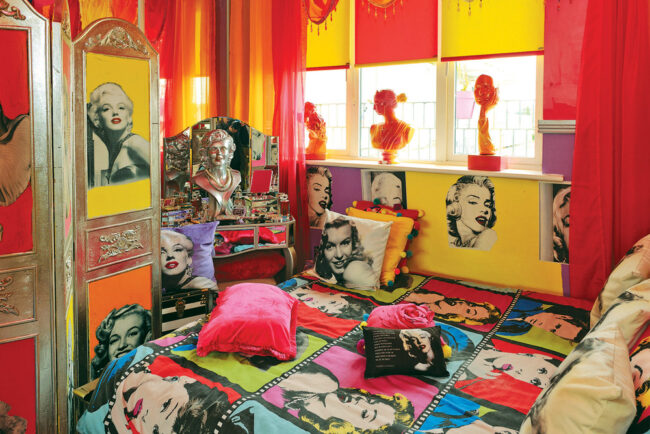 One of the bedrooms designed around Marilyn Monroe memorabilia

“I want to be the Dublin Marilyn, but I want to keep my hair dark, I won’t dye it blonde because I still want to be myself.”

Jackie already has nods to Hollywood glamour around her house, with diamanté-encrusted handles on her kitchen presses, and similarly glittering ornaments, carefully placed in homage to ‘Diamonds Are a Girl’s Best Friend’.

“My family are used to me by now,” she said. “They call me ‘Wacko Jacko’. But it’s a joy to live the way I’m living – it’s very cheerful and never dull.”