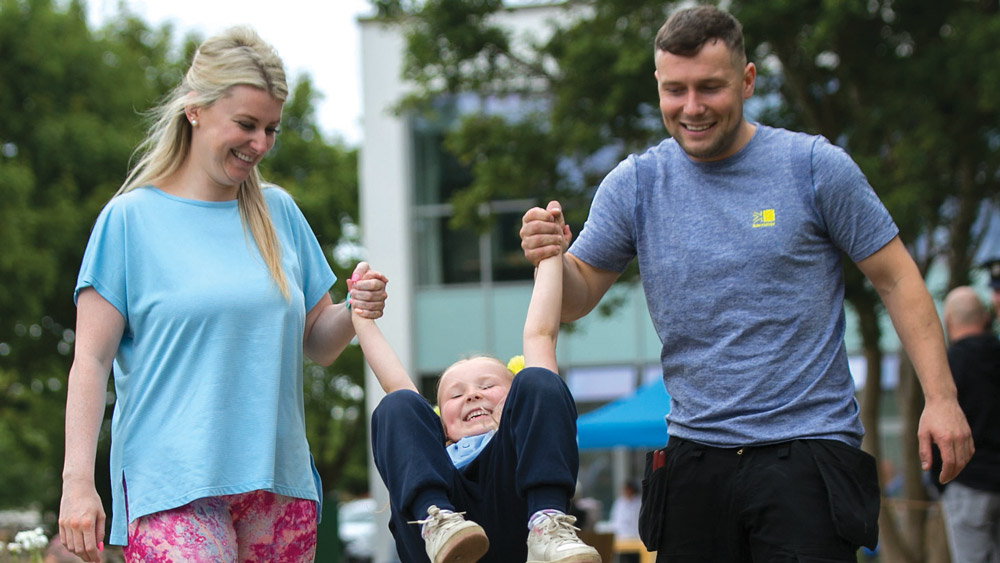 Tracey and Mark Domican, from Ballyfermot, with daughter Chloe, during the official opening of the People’s Park Photo by Gareth Chaney/ Collins

THE newest park in the city was officially opened in Ballyfermot this week by Dublin City Council.

The People’s Park transforms what was previously an empty green space, into a beautiful park for everybody to enjoy.

It is an amenity featuring wild areas, performance spaces, a vegetable patch, bee sanctuary, and market space, the latter of which will see much activity in the months ahead.

Lord Mayor of Dublin, Alison Gilliland, unveiled a plaque to mark the occasion.

“It is great to see projects like this come to fruition and I know the park will have a long-lasting and positive impact on the lives of local residents,” said the Lord Mayor.

“ I was also delighted to officially unveil the wonderful sculpture ‘Éirímís – Together We Rise’, which was developed in collaboration with the park design team and members of the local community to develop a people’s sculpture for the people’s park.” 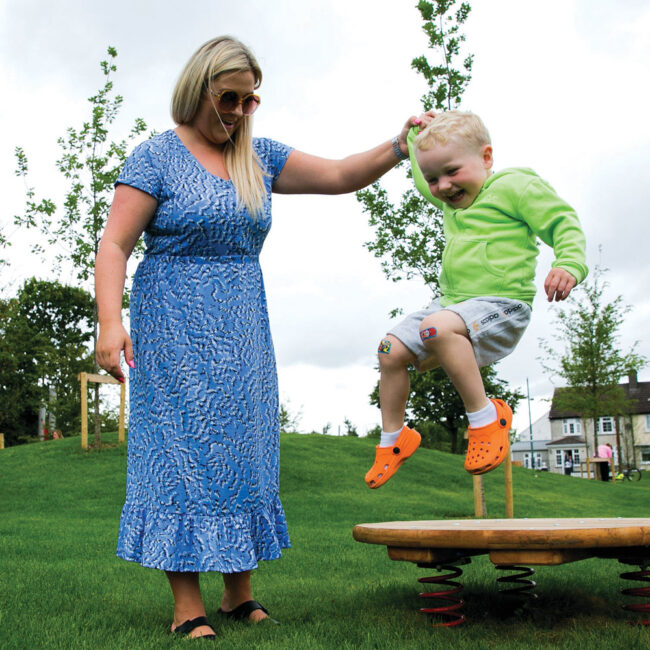 Jade Raymond with her son Kaiden Raymond, from Ballyfermot

Although Ballyfermot has a number of parks and open spaces, DCC felt the neighbourhood was lacking a village green or park which could be a focus for the community.

Fenced-off open green space at the rear of the Civic Centre was undeveloped to the extent that it did not even have a footpath.

Over 100 trees have been planted to create a mini native woodland that includes oak, birch, and alder, and a number of specimen trees such as beech, larch and pines. 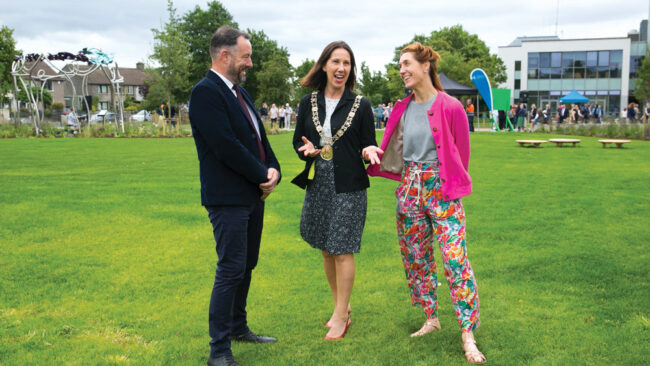 “The sensory garden will not only be of benefit to our hub in the Civic Centre, but our National Learning Network centre in Kylemore Road, Ballyfermot, will also be involved,” said Helen Morris from the NLN.

“The aim is for it to become a safe and engaging space for our students to develop a range of valuable skills, such as integration in their community, and  promoting health and wellness by way of being out in the fresh air, while also growing fresh produce. Additionally, students will make use of the produce in our cookery and baking classes. This will be a wonderful opportunity to bring learning outside of the classroom and into an inclusive, supportive, therapeutic environment.”

The sculpture unveiled was commissioned as part of DCC’s Sculpture Dublin initiative – a collaboration with artist Breda Marron.