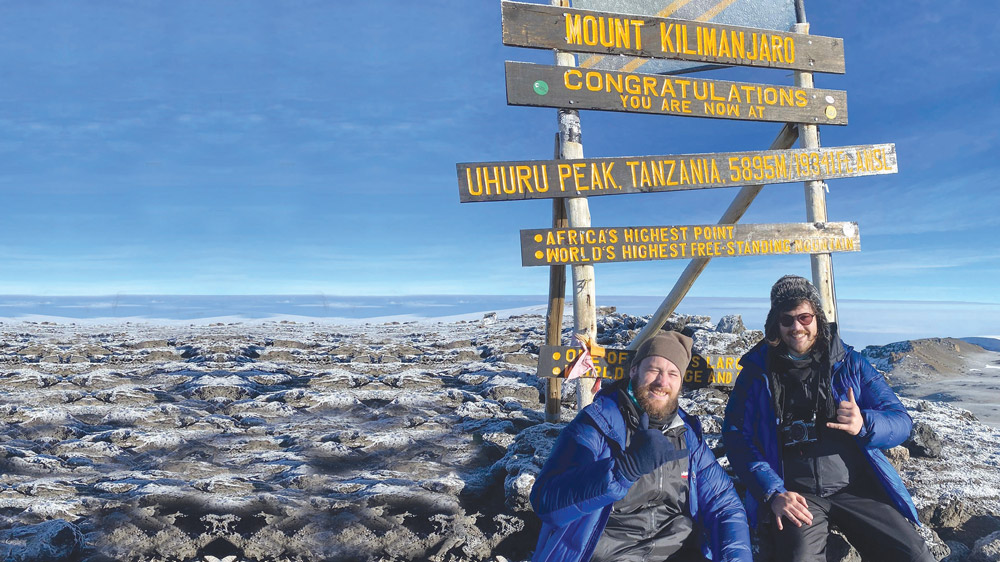 Brothers Crónán and Tiarnán Creagh at the summit of Mount Kilimanjaro

TWO BROTHERS have climbed to the summit of the world’s highest freestanding mountain, Kilimanjaro, to raise awareness for mental health, suicide prevention, and men’s health.

From Virginia Heights in Springfield, brothers Crónán and Tiarnán Creagh reached Africa’s highest peak, at 5,895 metres, when they climbed Mount Kilimanjaro a few weeks ago.

The former St Pius X National School and Terenure College students took on the hike of a lifetime to raise funds and awareness for the work of the Movember Foundation.

After departing Dublin Airport on June 3, the Creagh brothers met up with their Kili Crew-mate Darragh Church in Stockholm on a lay-over and eventually started their ascent on June 5.

What followed was six-days of hard trekking up the world’s largest freestanding mountain with Earth’s Edge, a group which specialises in adventure trips, alongside a group of other Tallaght lads.

“I thought it would have been a real physical thing but it is definitely more of a mental game,” Tiarnán (27) tells The Echo.

“You’re constantly having little battles with yourself along the way.

“Particularly, if you have a day where there’s a huge jump in the altitude, say 1,000m – they’re very tough days. 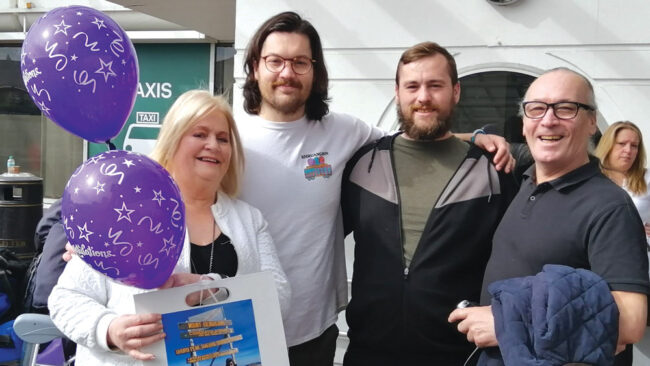 “But me and my brother were trying to push each other on, more so just through a look between us to say, ‘you’ve got this, lets keep going’. It was an unspoken thing between us.”

Along the route, a Swahili word “polepole” was the group’s mantra, translating to “slow” in English, to ensure that they took their time climbing through the altitude to acclimatise.

If they rushed through it, the hikers could have found themselves in trouble battling altitude sickness.

Each day, the cohort of hikers trekked up the mountain between camps before surmounting the summit in the most demanding leg of the trip – a 14-hour journey to Uhuru Peak.

On the way to the very top, Uhuru Peak, there are several “false peaks” and at the final one, Stella Point, emotions started to run high.

“Even when we got to Stella Point, a lot of people were getting emotional,” Tiarnán says.

“See my brother and our mate had a goal, and I just kind of jumped on it with them.

“I did it because my brother was [doing it] and to have that thing between us, where we could be sitting down together in 40 years having a beer and we get to say ‘remember when we did that Kilimanjaro thing?’.

“When we reached the summit, I have to say, it was very emotional.

“There were hugs all around, it was brilliant.”

While the lads completed the challenge, raising awareness around mental health and suicide prevention along with prostate cancer and testicular cancer is still of utmost importance.

“We’ve done our little bit to raise awareness and raise a few quid, but this is not over, we need to keep it going,” Tiarnán concludes.