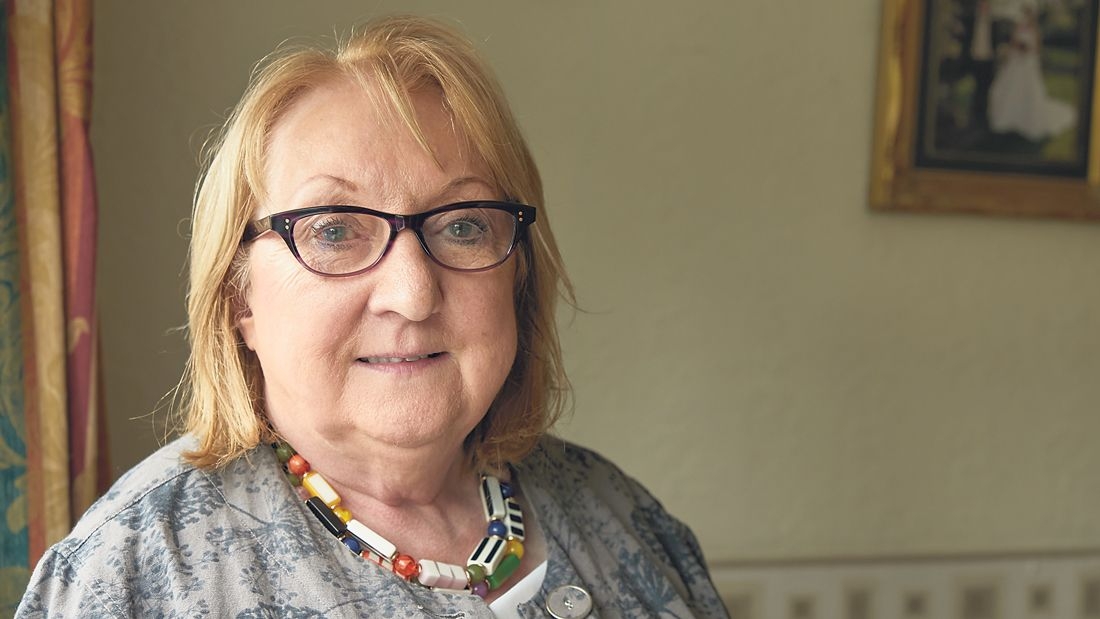 WHEN Marie Cronin started volunteering with the Society of St Vincent de Paul (SVP) in Clondalkin in 1988, it set in motion a decades-long career with the charity – which has led to her recently being elected the East Regional President of the organisation, overseeing all of Dublin, Kildare and Wicklow.

The Drumcondra woman’s involvement in SVP came about almost by accident, as when she finished school in the 1970s, she started working for the civil service in the Department of Defence, where she was one of the first women in the service to become a computer programmer.

Marie enjoyed working as a computer programmer, but shortly after she got married in 1975, she moved to her husband’s hometown, Clondalkin, and in the years that followed, she took a career break to raise their three children.

It was during this time, in the mid-80s, that Marie got to know the local coal merchant, Peggy Lennon, who was a member of SVP and who invited Marie to join and come along to a local meeting.

“After the first meeting, I was shocked,” Marie remembered. “I didn’t think that there were people who were that poor living so close to me, and when I started doing house visits as an SVP volunteer, I was so shocked at the poverty.

“The houses were clean, and looked ok from the outside, but when you went inside there was no food in the press, the children were miserable, some people didn’t even have enough money to get new nappies for their kids.

“I got married very young, and even though I was working I had three kids by the time I was 27.

“When we were going into houses, I was looking at people who had a couple of kids and I’d think that they were maybe in their 30s, but then I’d find out that the parents were even younger than me.

“Some of the people had been in very violent relationships and were in poverty, and it had aged them beyond their years.”

This strengthened Marie’s resolve to continue volunteering with the charity, and her commitment was unwavering, even when she began working as a sale representative for Easons in 1990 and had to travel the length and breadth of the country, before taking redundancy in 2012.

Marie’s new job in Easons in 1990 also coincided with her becoming the president of SVP’s Neilstown conference, and she managed to balance both roles.

“When I went back to work, and when emails started coming in, I spent a lot of time in hotels all over the country as a sales rep,” Marie explained.

“I usually finished work at about six, and then I’d use my personal phone to check up on emails from SVP.”

In 2012, Marie became the SVP vice-president for the Ballyfermot, Cherry Orchard and Clondalkin conference of the charity, and she became involved in the charity on a full-time basis, and she has seen the changes in the areas she’s covered over the past number of years.

“Neilstown was a concern when I started, but when Liffey Valley opened it brought a lot of jobs to the area, it seemed to be rejuvenated,” she said.

“Ten years ago, we realised that Cherry Orchard was becoming the new Neilstown – there were tons of young women with children but there were no facilities in the area, no shops or hairdressers or anything like that.”

Cherry Orchard is still a key focus for the charity, where they provide a food bank and recently teamed up with the Cherry Orchard Community Garden to tackle ‘culinary illiteracy’ in the area.

But Marie, who will be taking on her new role as the East Regional President later this month, is looking forward to overseeing the charity’s work on a broader level, and is hoping to develop more food banks in Dublin going forward.

Reflecting on her long tenure with the charity, Marie said: “Volunteering with St Vincent de Paul changed my life.

“The nicest thing is realising that you’ve helped somebody get out of a situation, whether it’s moneylenders or a mortgage payment, and seeing that spring in their step when it’s resolved – it makes it all worthwhile.

“It makes all of us at SVP happy to know that they’re going to sleep happy that night, and that means I can go to bed happy as well.”