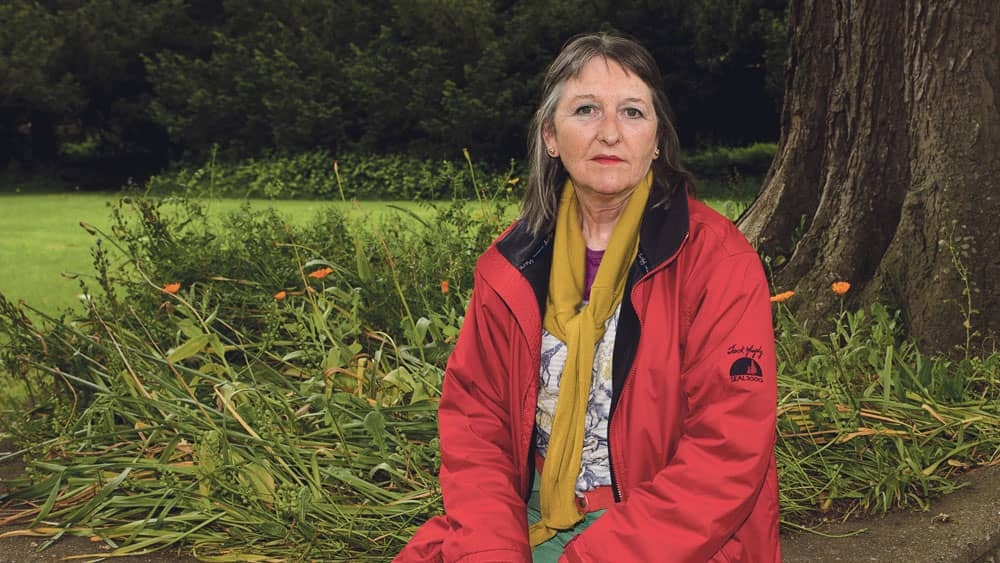 Monica McGill has lived in Clondalkin for over forty years and has recognised and fought for the rich history, culture and heritage in the area to preserve it for the future generations to come.

A firm believer in lifelong learning, Monica studied a B.A degree in Greek and roman history in UCD, and a M.A degree in arts management and following her retirement she went on to study a B.A degree in fine art in Dun Laoghaire.

“They say everyday is another lesson – and that’s true,” says Monica.

Monica helped to run the Clondalkin Youth Theatre from 1992 for over 20 years, which was held on Monastery Road at the time.

“I ran it on a completely voluntary basis. I have to tell you, the children taught me more than I ever taught them. It was an amazing time – creative, uplifting and wonderful. It was a class to explore possibilities of putting plays on stage – and we did.

“I didn’t care less what the standard of the play was, it was about giving the people who were coming to the class the confidence to stand up and say something,” explains Monica.

This power to stand up and use your voice has been something Monica has also implemented through her participation and leadership in campaigns to save Clondalkin’s history and heritage – such as the ‘Save the Convent Campaign’.

Speaking about the important history of the convent, Monica told The Echo: “The land was bought using money that was left by a local lady, Anne Frances Caldbeck.

“Unfortunately, Anne Frances died four years after her mother, in 1844.

“She left her entire fortune to the then Archbishop of Dublin and local parish priest to buy land and to build a convent there so that the local children could be educated in the convent, and that’s how the presentation nuns were invited to come to Clondalkin.”

Despite the tough fight Monica and the other residents in Clondalkin put up, planning permission by Bartra Property Ltd for a 155-bed nursing home and retirement home for the Presentation nuns on land at the convent grounds was approved recently.

“Anger, disappointment and disillusion” – these are the words that Monica used to describe the emotions felt by the residents at the decision.

“It is disappointing that this is the outcome. We asked quietly initially to speak to the Archbishop or the nuns, and the answer was always no – they ignored us, despite letters and petitions.

“That caused me personally a great deal of dismay, and that sense of dismay was shared by so many people in the village.”

When asked why it is so important to preserve history and heritage sites such as the convent, Monica explains: “It reflects who we are – all the walls in Clondalkin Village and beyond are all built of local stone from the quarries at the top of Monastery Road.

“If we become nonchalant about our heritage than we will become like some of the other villages in Ireland that have lost their character completely.”