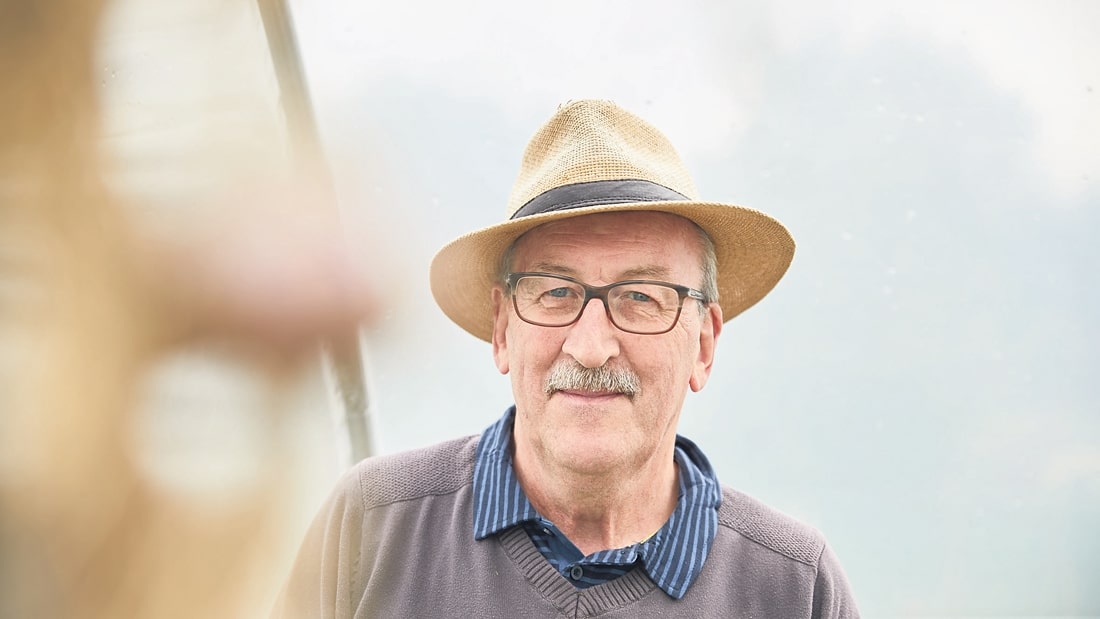 THE Friarstown Allotments in Bohernabreena are home to over 300 plots, where people grow a great variety of fruit and vegetables.

For Clondalkin man Pat O’Rourke, secretary of the South Dublin Allotment Association, maintaining a plot there gives him a great sense of pride and satisfaction.

Pat, 69, applied to South Dublin County Council for a plot in their Friarstown Allotment in 2009, when the recession was in full swing and he had been made redundant from his job at a paper merchants.

He had also recently recovered from an operation for prostate cancer.

“It was one of those things,” remembered Pat. “There’s a cricket term called a ‘googly’, and it’s like a curveball – everything swerves when you think you have it all planned, and things go beyond your control.

Working on his garden, including maintaining flowers and cutting the grass, was the extent of Pat’s horticultural experience before he got an allotment in 2013, after several years on the South Dublin County Council waiting list.

It gave him a sense of purpose when he was unemployed between short-term, part-time work contracts.

“When you’re unemployed, having an allotment is about having a distinct act to carry out every day or every week,” he explained.

“It gives you something to do.”

While growing your own vegetables in an allotment might seem deceptively straight-forward, there is a lot of work that goes into it.

It took Pat two years to have a handle on how to make his crops flourish, and to successfully grow his first produce.

“What you normally get when you start is a totally overgrown plot,” said Pat. “So you have to plan what you’re going to do to it and put into it.

“You’re subject to the wind, the rain and the frost, and any number of pests that will come into the plot.

“After a year or two, you learn how to protect the crops and do a thing called ‘companion growing’, for example, putting down marigolds which attract flies, means they will keep the flies away from the other plants.

“You start to put flowers in with the vegetables, so the pests that are heading for your crops will be diverted away from them.”

One of the hallmarks of the allotments is that they discourage the use of weed killers and pesticides, as they are concerned about the impact these chemicals could have on the micro- organisms that live in the soil, and the damage they could cause to the fertility of the soil.

This also creates the unintended consequence of the vegetables from the allotment tasting different to the ones on supermarket shelves, as they have a more earthy quality.

“The first vegetable I successfully grew was beetroot,” said Pat.

“I was chuffed with it.

“But it had a completely different taste to what I was expecting, because it wasn’t from a jar and in vinegar like when you buy it in a supermarket, but you get used to it.”

But the viability of the Friarstown Allotments isn’t just down to the growers, however, as Pat says.

The South Dublin Allotment Association has a strong working relationship with South Dublin County Council, and the council is always on hand to help the association when needed.

On a personal basis, Pat said many aspects of maintaining an allotment, such as the physical requirements for looking after the soil and the crops, the mental aspect needed to plan out the development of the crops, and the camaraderie with other growers, makes it a fulfilling endeavour.

As for people at home who want to start growing their own food in a smaller space, Pat said: “The association hopes to get across the idea that food and fruit should be all over the place – they’re so easy to grow, and we shouldn’t have to put areas aside for it.

“We’re trying to get more people involved in growing things without having to get a plot or have a plot. “It can start off as something small, and then it can get bigger and bigger.”

All images by Aidan O’Neill