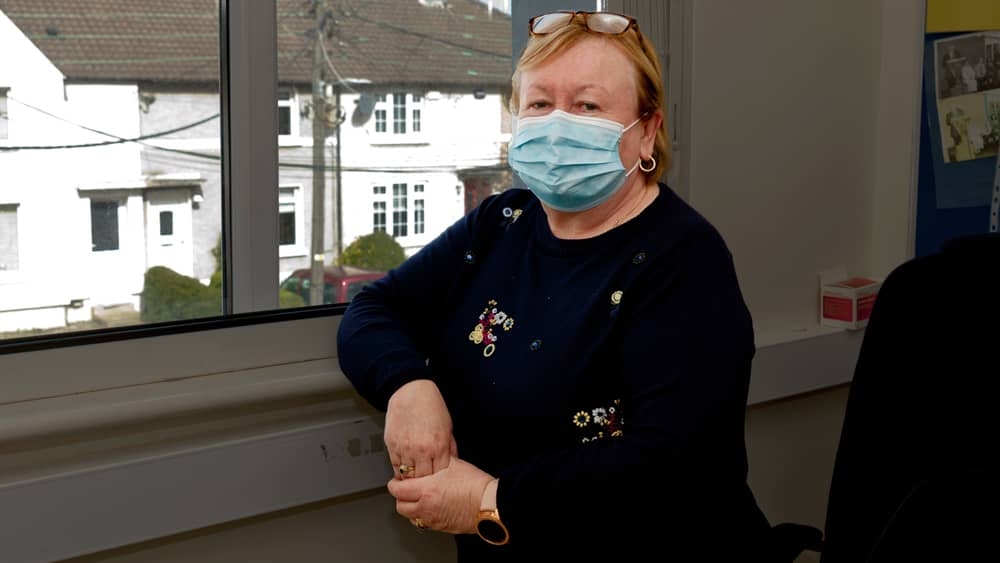 PUBLIC events have been effectively banned during the pandemic but this has not halted the level of engagement with residents in places like the Markiewicz Community Centre in Ballyfermot.

Theresa McGouran, a founding member of the Markiewicz centre, says they have not stopped any of their educational services, albeit they are limited in not being able to invite people into the centre as they used to pre-Covid.

Looking ahead, Theresa McGouran says she is concerned for the safety of the community

“This place was set up in 1996 when we had nothing, there was a need for a community centre in lower Ballyfermot,” said Theresa, manager at the centre.

“Our centre is a development centre, education courses, literary courses, IT and we have been very successful with our children’s programmes. We have eight modules in childcare.”

2020 created huge challenges for places like the Decies Road community hub, but staff there have adapted to the digital potential for online classes, and even teach this to clients and boards of management.

“During the pandemic we were teaching board members Zoom and to old folks, so that they could Zoom into meetings and into their classes,” said Theresa.

“Out of that, we found out a lot of older people had no computer skills, or knowledge of word processing. A lot of these people were not born with computers. It is not an ideal world but it is better than doing nothing.”

There is no substitute for social interaction and that has been one of the most difficult aspects of the last year, according to Theresa.

“The last year has been especially hard on the older population. We have a senior citizens club and during lockdown we are keeping in constant touch with them.

It means an awful lot to them. Some have phoned us to say they are after getting the vaccine but we are following the guidelines. One of our oldest members told us she got her second vaccine and was thinking she could come back into the club, but that is not possible. We are still awaiting guidelines.”

Theresa McGouran, manager of the Markiewicz Centre says they have not stopped any of their educational services

Usually, the Markiewicz centre hosts a Christmas dinner for older folks but that could not go ahead last December.

However, the centre joined a major food driven by local groups including the Ballyfermot Partnership, Dublin City Council, gardai and De La Salle GAA, to make sure nobody missed out.

Theresa continued: “The work hasn’t stopped. You just have to find different ways of dealing with it. For the last 30 years we have done the Christmas dinner but this year we were very concerned.

“We linked up with the Partnership, DCC, the resource centre, all came together and delivered meals and a little present to people’s homes. Altogether there was about 800 homes and 200 in lower Ballyfermot.”

Ballyfermot to the core, Theresa was born in a ‘newly wed house’ on Thomond Road, got married at the Dominican Convent in Ballyfermot, and has a keen sense of the community pulse, as she is also involved as a board member with Basement Productions.

“We are doing weekly soaps on Facebook and YouTube at the moment during the pandemic, little shows every week ‘Dial M for Mammy’. We are going to be looking for funding from the Arts Council.”

Looking ahead, Theresa is concerned for the safety of the community with new variants and uncertainty over the easing of lockdown restrictions.

“I feel anybody I talk to is fearful of the new variant, it seems to be spreading more easily now, you don’t know if you are coming or going. A lot of people I know just listen to the news once a day. Everybody here was doing what they were told and the percentage is still going up. Please God the vaccine will make a difference.”