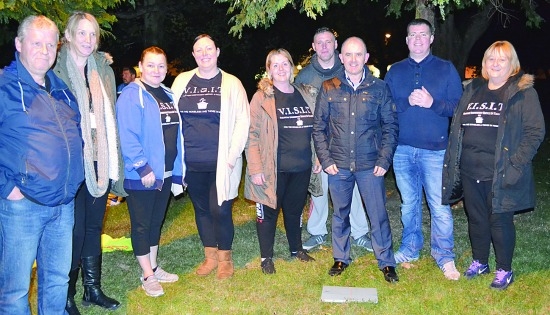 Local man spent fourteen years without any electricity in home

THE community of Tallaght has this week joined forces to renovate the home of a man in his sixties who, for the past 14 years, has been living in his three-bed home without electricity.

On the same day that Budget 2016 was announced, a community-led homeless support group in Tallaght started a campaign to help renovate a man’s home, which is damp, cold and bare, due to the absence of electricity for 14 years.

The man, who wishes to remain anonymous, inherited his parents’ private home in Walkinstown nearly two decades ago.

However, due to the rising cost of living, he couldn’t afford his electricity bills and has been without power for 14 years – that’s no cooking facilities, warm water, heating or lights.

Volunteer Nicola Moore, who came into contact with the man through VISIT, a voluntary independent service in Tallaght which provide meals, sleeping bags, warm clothes and support to the area’s homeless, described the situation as shocking.

Nicola told The Echo: “This gentleman regularly uses homeless services in Tallaght and although he has a house, it’s just four cold walls – it’s a shell of a home with no facilities.

“I was shocked when I learned that somebody could be living without electricity for that long, it’s hard to comprehend.

“Thinking that somebody has been living in this damp and darkness for 14 years is hard to swallow, if he was in a council house he would have been looked after.

“However, because it’s a private dwelling he was simply forgotten about – there are no supports for people who find themselves struggling to afford bills or pay the cost of running a household.”

She added: “The Government wants us to forget about people like this, and its Budget on Tuesday was too little, too late for the thousands of people struggling to make ends meet.

“So many people have been forgotten about and are living in extreme poverty.”

Moved by the man’s situation, VISIT posted a message on its Facebook page on Tuesday evening which outlined the man’s story and a call for help in refurbishing his home.

“I couldn’t believe the outpouring of support, it was very moving,” Nicola said.

“We had local tradesmen, builders, businesses and members of the general public all offering to help restore this man’s house and give him some comfort after 14 years of living in the dark and accessing homeless services.”

She added: “It’s really overwhelming and proves what a great community Tallaght is and its surrounding community.

“People are donating appliances, furniture, a company has even been in touch about checking the windows, it’s amazing – all we have left to source are some materials, like plaster, floorboards, insulation, paint and some other bits and bobs.

“I think people have been touched by this story, this man is a gentleman, an absolute great guy.
“He didn’t asked for help, it was offered, and now thanks to the community and local business it looks like we’ll be able to bring a little light into his life.”

Anybody who can assist with the refurbishment of the house or can contribute in any way to this community campaign is invited to call VISIT on 085 7885945 or message volunteers through its Facebook page.

sex with a girl under 17 – Click HERE
READ MORE: Father caught with €1 million of drugs