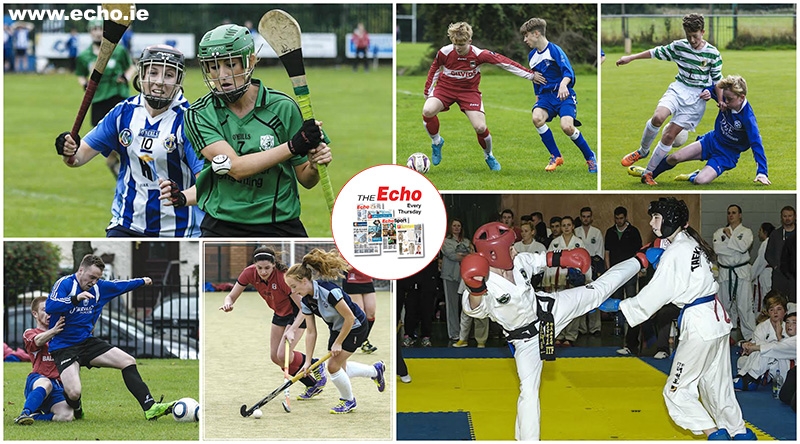 Staying with soccer, and we have reports from games between Templeogue United and Collinstown United’s U16s, Crumlin United and St Francis’ U14s and Jobstown Celtic and Landen United’s senior sides.

We were also out covering the Senior One Camogie semi-final between Ballyboden St Enda’s and Lucan Sarsfields on Sunday, and what a game it was as Sars’ attempted to stop ‘Boden’s drive for a sixth county title in a row.

There is also the latest from the world of boxing where both Tallaght’s Patrick Hyland and Clondalkin’s Stephen Ormond were in action over the weekend in Boston, while we also have all the latest on another podium finish for Aron Smith in the British Touring Car Championship.

It was another busy weekend for our local Premier League Basketball teams, and Eanna were seeking to take their first top flight victory, while Templeogue took on DCU.

And, as always, we have a whole lot more including news of success for Clondalkin Gymnastics Club in Glasgow, a superb performance from Alex Gleeson of Castle Golf Club at the Nassau Invitational in New York, and the clash between Our Lady’s and Three Rock Rovers in the Leinster Hockey Division Two.

If we have missed anything then please get I touch, and if you have a sports story you want us to cover then in get in contact with us.

NEWER POSTLocal man spent fourteen years without any electricity in home
OLDER POSTDid you miss any of the biggest stories from last week’s Echo? Right this way…