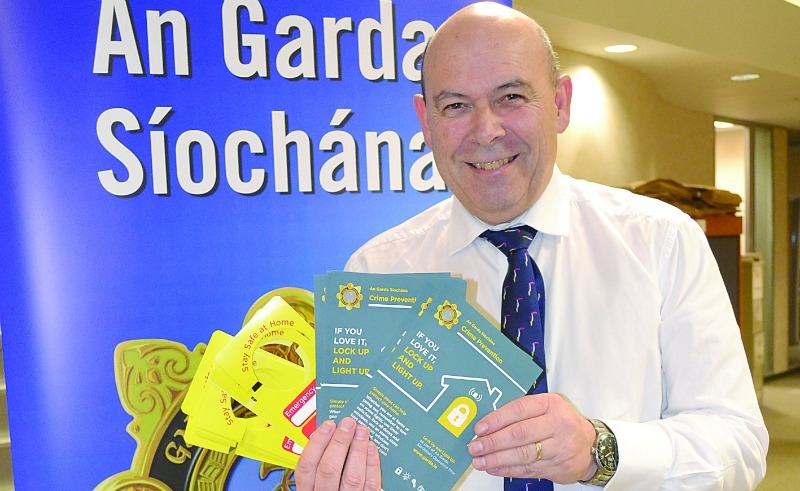 GARDAI in Tallaght have urged the community to be mindful of car-park thieves as the Christmas shopping season continues.

Last year, more than €400,000 worth of goods were stolen from shopper’s cars nationwide, with new figures released show that 50 car-park thefts are taking place across the country each month.

To raise awareness, gardai from the Tallaght district, which includes Rathfarnham, are visiting local shopping centres and retails hubs over the coming days to speak with shoppers and issue them with safety advice.

Garda Mark Redmond, the Crime Prevention Officer at Tallaght, told The Echo: “The key message for people this Christmas is not to leave shopping or property in cars, don’t give thieves a reason to break into your vehicle.

“Never leave a bag on the back seat and we’d advise not leaving shopping in the boot either, especially if you think you have been observed doing so.

“These guys hang around car-parks watching for people who are dropping off bags into their car and then heading off to another shop. If you feel that you have been observed, get into your car and move it.”

He added: “Having your car broken into and personal items or gifts robbed is very stressful and we’re asking people to just take a minute, and be mindful.

“Be conscious of your surroundings, who’s watching you at your car, is there anything on view, is the car locked?”

Local Garda will be in The Square for shoppers on Thursday, December 8, and also meeting with retailers on crime prevention and cash handling guidelines.

Locally, in Tallaght and Rathfarnham, there have been 506 thefts from cars, in general. Since the start of the year, there has been a 19 per cent decrease on 2015’s figure.

Anyone who would like to meet with the Crime Prevention team at Tallaght Garda Station is encouraged to contact 6666000.

Information packs for both customers and retailers are available to download from www.garda.ie