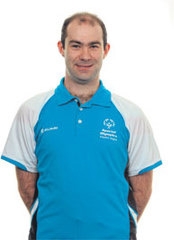 And the local community will be supplying its share including four players on the 11-a-side soccer squad in David Carrig, Francis Bilardi, Mark Duffy and Thomas Caulfield.

All four are members of Cheeverstown House Special Olympics Club and bring a wealth of experience to the team with Tallaght’s Mark Duffy having won a gold medal in the 2007 World Games in China. Bilardi (pictured) is also from Tallaght, and, like Duffy, attended the Games in China eight years ago.

Thomas Caulfield from Ballyfermot was delighted at hearing he was selected for the squad saying “I was emotional and happy and a little bit speechless” while Lucan’s David Carrig, who is also a proficient swimmer and basketball player, added “It [his selection] took a long time to sink in. I could not believe I was selected.”

Both Stephen Joyce from Lucan and Omer Teko from Greenpark have been chosen as part of the Ireland 5-a-side soccer squad for the World Games.

The latter has been training with his local United Warriors Special Olympics Club in Rathcoole while Joyce has lined out with Ronanstown Community Training and Education Centre FC in the lead up to his trip to LA.

“It will be a great experience” said Teko when asked about the prospect of competing on the global stage.

In swimming, Keith Butler from Limekiln and Kilnamanagh’s Gary McEnroe will be pushing strongly for honours.

Butler is the son of World Champion table tennis player Ann Butler and has already underscored his potential on the domestic front with three National gold medals.

As part of the Aquatics team Keith trains in several swimming styles: the breaststroke, front crawl, butterfly and a one mile sea swim.

McEnroe, a badminton player also, is another of the highly-rated Irish swimmers having bagged two gold medals at the National Games last year.

Palmerstown Wildcats Basketball Club will be keeping their fingers crossed for members Michelle Stynes from Tallaght and Clondalkin’s Sarah Byrne.

The former has been playing basketball with her club for four years now while also swimming and walking as part of her preparation for the Games.

Byrne will be hoping to emulate, if not better, her form at the 2011 World Games in Athens where she won silver when she competes in Los Angeles.

Describing the trip as ‘a dream come true” Byrne has been training three times a week with her club as well competing in football, athletics and floorboard.

A gold medal win at the 2014 National Games helped earn Equestrian athlete Elizabeth Mair her place on the Special Olympics Ireland team for the trip to LA.

Having joined the equestrian team at Festina Lente in Bray 16 years ago, the Rathfarnham woman is a seasoned horse rider.