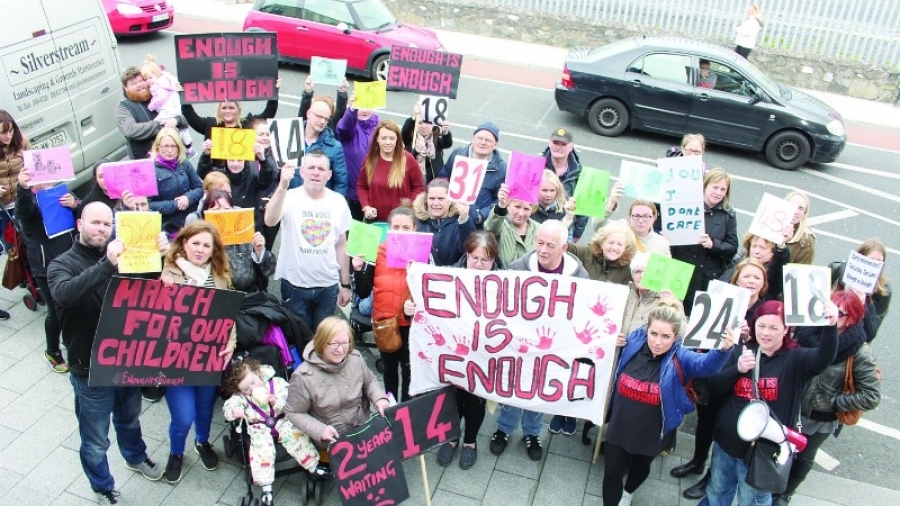 The long waiting times for local children with special needs gaining access to services including speech therapy, assessments of needs and early intervention have been raised again.

Earlier this year, local parents came together to protest over what they said was a lack of support for their children through Chamber House in Tallaght.

The group sparked similar protests around the country, and a meeting was later organised by Minister for Children and Youth Affairs Katherine Zappone in Tallaght stadium.

Speaking about the ongoing issue of waiting times for services at Chamber House, Deputy Crowe said: “After being approached by numerous parents about long waiting lists for their children in Chamber House, I decided to put a parliamentary question down to the Minister for Health Simon Harris and the Health Service Executive on what was causing the delays in getting their children support.

“The HSE is saying it is pursuing matters with a view to securing increased therapist posts and the filling of vacant posts to reduce the waiting time.

“This is totally unacceptable and highlights again the wide gaps in actual services for children with special and particular needs.”

Deputy Crowe went on to say he now intends to raise the issue with Minister of State for Disabilities, Finian McGrath as “the gap in supports for vulnerable children cannot be allowed to continue”.

In tomorrow’s Echo we speak to two families directly affected by the long waiting times in Chamber House – pick up your copy on sale in shops and online.