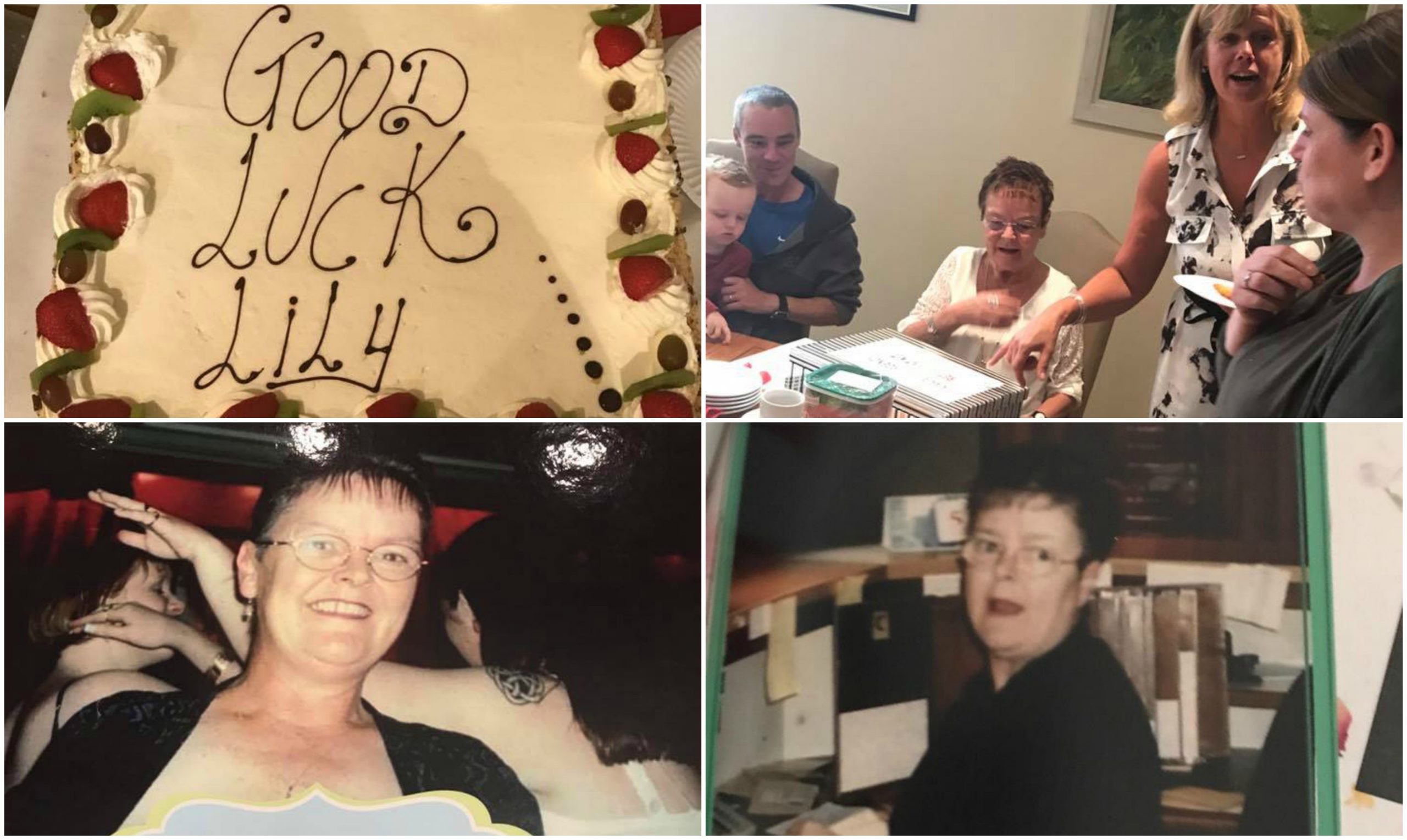 There was a huge celebration in the Coombe recently after a well-known Crumlin woman retired having worked in the hospital for over 40 years.

There probably isn’t a woman who has visited the Coombe Women and Infants University Hospital that doesn’t know Lily Henderson, who began working there in 1974 and remained a dedicated employee for 42 years until ealrier this month.

Lily received a warm send off from her co-workers and friends last week who dubbed the lifelong Crumlin woman a ‘legend’.

Speaking to the Echo.ie, Lily said it was difficult to pinpoint a standout moment during her time there. She began working as a food server when she was 23 and later took up a position as a receptionist in 1990.

She said: “Every day was different. You could have a row with staff, there could be a tragedy or it could be such a glorious place for women.”

The mother-of-five loved the job, patients and staff so much, she refused to become a stay at home mother, and instead worked out a compromise with her husband.

She recalled: “When my husband got a job, it meant I had to stay home with the children. I cried and pleaded and nagged at him not to take it – I absolutely loved working at the Coombe.

“He decided to work as a projectionist at the Classic Cinema in Harold’s Cross and worked during the day so that I could work evenings, until 9pm.”

Having seen the health care system develop over such a long period of time, Lily described the changes she saw: “Everything back then was pen and paper back then. It slowly changed though, and computers came in.

“It was better back in the day – the staff and the patients came together. We had long term patients then – women could stay up to nine months in the Coombe. You got to know them really well. Nowadays you’d be lucky to get a bed.”

She offered some advice to people entering the healthcare system: “Be kind to patients the minute they step foot in a hospital. Be patient. Treat women like women, not like a number.”

“I never had an argument with a patient that wasn’t resolved within minutes. Of course, they get ratty about the food or whatever, but you could always get them out of it with jelly and ice-cream.”

Now that she’s retired, Lily said she doesn’t quite know what to do with herself, and felt like she was just taking a holiday from work, although she’s committed herself (for now) to visiting her friends in the hospital once a week.

She said: “I’m flattered from all the excitement. People came in on their day off to say goodbye. I’m just coming back down to earth now.”

“My son Brian did get me a puppy so I’ll be taking care of him and I’m off to Spain in August with my best friend.”

Everyone at the Echo Newspaper and Echo.ie would like to wish Lily the happiest of retirements.