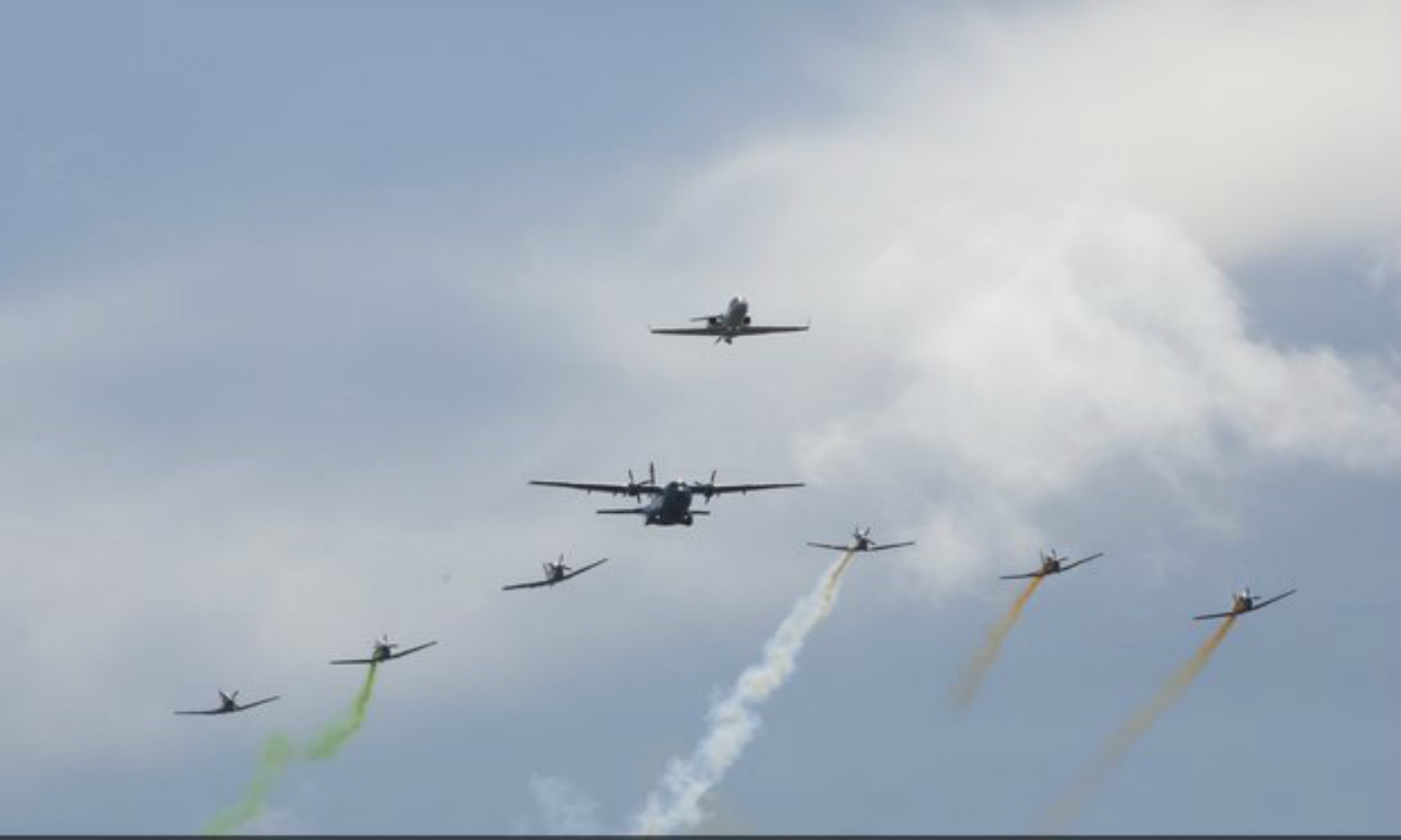 If you’re out and about this morning take a look up to skies around 11am and you might get a glimpse of the Irish Air Corps aerobatic display team.

In preparation for the Bray Air Display which takes place this weekend, the aerobatic team will take off from Baldonnel and travel to Dublin’s city centre where they will perform a formation display along the River Liffey.

As we prepare for the @BrayAirShow.We’ve a little surprise for the people of #Dublin this morning. Take your coffee outside at 11 @JOEdotie pic.twitter.com/RML32UOcDW

The brief is underway for this morning’s training flight over #Dublin. If you’re by the #Liffey at 11, take your coffee break outdoors pic.twitter.com/un4jCSdkpJ

Over the coming days those living in the general vicinity of Baldonnel can expect plenty of traffic overhead, with the likes of the Royal Jordanian Falcons, the Catalina, the Swedish Air Force and the British Spitfire all taking part in the Bray Air Display.

There will be others from the Irish Air Corps, with some already performing aerobatic displays over the lakes in Blessington last weekend.

And don’t be worried about missing them as you’ll definitely hear them before you see them.