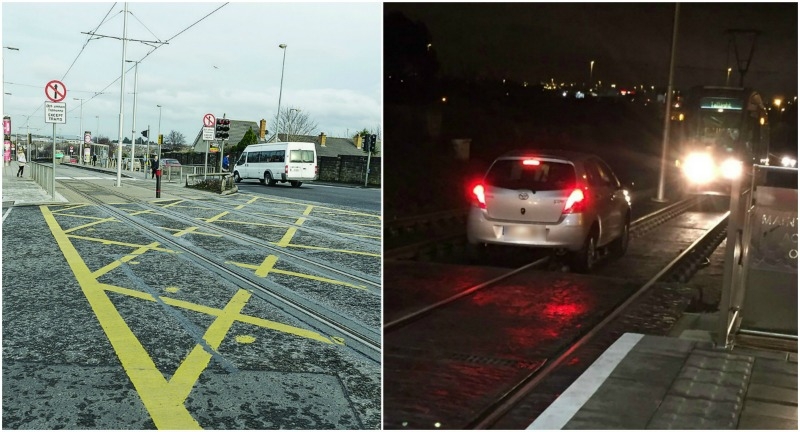 LUAS operators Transdev have warned motorists to stay focused when driving close to Luas lines, after a motorist mounted the tracks at Kingswood this week, resulting in a dangerous stand-off with a tram.

Passengers on the Tallaght-bound Luas Red Line endured significant delays on Monday evening after a driver drove onto the tracks and got stuck as they were travelling out of the Kingswood estate.

According to witness reports, the driver began reversing in an attempt to avoid colliding with an oncoming tram, but the wheels of the vehicle got stuck.

The incident resulted in passengers being forced to evacuate the Luas, as trams arriving in both directions were prevented from reaching the Kingswood stop – which is one of 32 stops along the 20km Red Line.

After being contacted by The Echo, Transdev reminded motorists to stay focused when driving close to Luas lines.

A spokeswoman for the light rail operator said: “Motorists can be distracted by many things such as sat-navs, phones and of course young kids, but it’s important, with all the distractions of modern life, that motorists remember to stay focused, pay attention to Luas signage and road markings.

“When crossing over tram lanes motorists should take their time and look left and right, making sure to fully cross and not turn onto the tram lane or tracks.

“Cars are not permitted to drive in tramways unless they are clearly marked as shared.”

She added: “Cars ending up on tracks have a major knock-on effect to the Luas service and for the many thousands of customers using the system at any time.

“The simple message is, stay focused on the road, approach trams and junctions with caution and at all times obey the signage.”