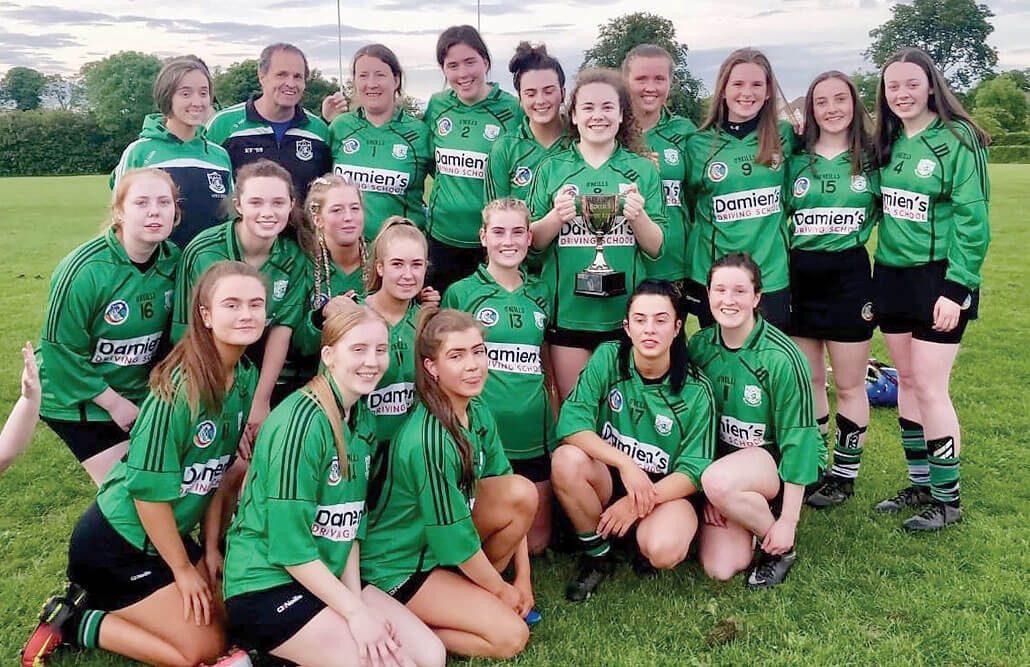 LUCAN Sarsfields clinched the Junior Three Camogie League title following a nailbiting 4-8 to 4-7 victory over Faughs Celtic in the final.

The 12th Lock side always knew this was going to be a tough challenge given the fact that, this same Faughs team had beaten them in a challenge match earlier in the year.

This time Lucan enjoyed the perfect start with a well-taken goal from Laura Lawless in the opening minute after some tenacious battling by Saidhbh Greene.

The advantage was short-lived, however, as Faughs struck back in kind and they continued on to make better use of their possession, edging four points ahead by the half-time break.

That lead would have been greater had it not been for some great defending by Bella Fay, Grace Kenny, Sarah Prendergast and Shauna Conway.

Still, matters grew more bleak for Lucan at the start of the second half as Faughs extended their advantage to eight points.

Yet, as Katie Hegarty and Aisling Kavanagh began to get on top in midfield and Anna Cuffe, at centre back, began to rain long balls down on top of the Faughs full back line, the pressure eventually told as Lucy Fleming, Emma Morris and Caoimhe Morris netted for Lucan.

Points from Emma Kate Carroll and Erica O’Reilly matched cancelled out scores for Faughs and, with a few minutes left, Lucan found themselves with a three-point advantage.

Yet the Templeogue side hit the back of the net to level the match only to see Lucan’s Emma Morris register the winning point with just two minutes remaining.

Faughs pressed hard for the remainder of the match, but great defending by Shauna McCormack and Maria Kelly, together with brave goalkeeping by Maeve McGuire, kept them at bay.

Lucan had previously come through a tough qualifying group with wins over Round Tower, Ballyboden, St Pats and Peregrines.

In the semi-final they battled to a one-point victory over Kilmacud Crokes, the winning goal coming in the last couple of minutes of the match.