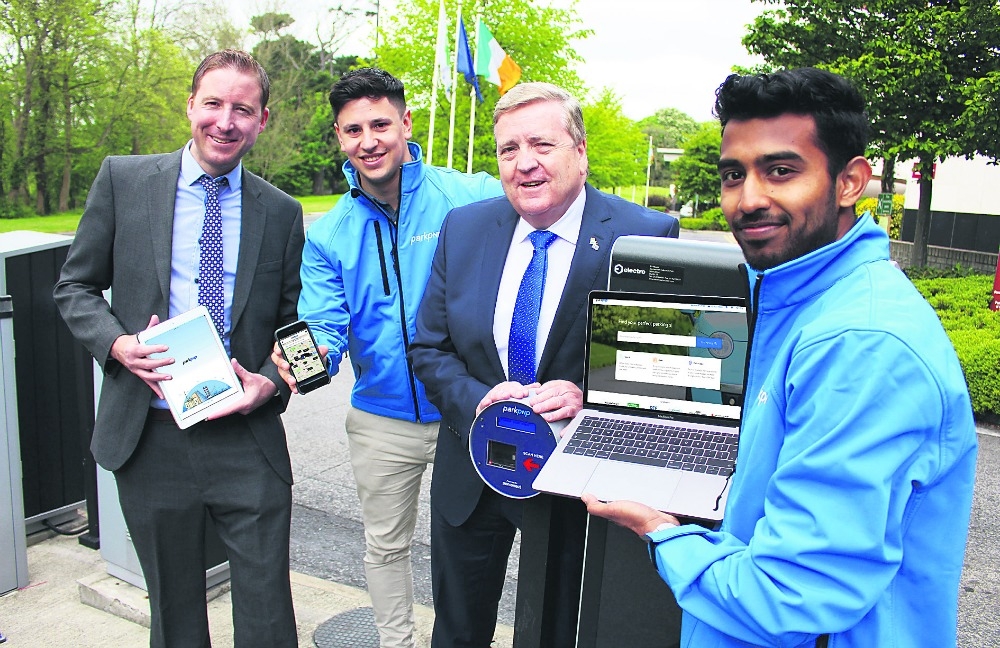 Parkpnp was launched in January and they now have a workforce of 15. Born in India, Paul came to Ireland with his family when he was 12 and they moved to Lucan.

Educated at Drimnagh Castle, he went on to study Computer Science but dropped out of his course after two years to start Parkpnp. While still in school, he set up Studynotes.ie which now has over 85,000 registered users.

The company has developed a smartphone app that allows people to find spots nearby and even place their own residential spaces on the market which mirrors the ‘sharing economy’ model of the US home-letting giant.

Paul’s co-founder Garret Flower got the idea when he was looking for a parking space in Ranelagh.

Paul told The Echo: “Garret was going to a party in Ranelagh. He had just got his first car and he was driving around and he just couldn’t find a parking space. So he ended paying somebody to let him park in their driveway for a period of time and the idea was formed.”

Paul says that you can make your parking space available for any length of time, for a few hours up to monthly periods.

He said “It can be very handy if you live near a stadium where a match or a concert is being held, as there will be a lot of short-term demand for a space like that.”

Spaces in car parks that require fob access tend to be only rented out for longer periods as the tenant would have to pick up and return the fob.

The app provides security for both parties. On the residential side, they take a 20 per cent cut and they also have a commercial side to their business where they approach car parks and hotels and install a piece of hardware at the front of each entry and exit lane that allows the user to pay for parking with their phone.

Later this year, they plan to expand into the European market.