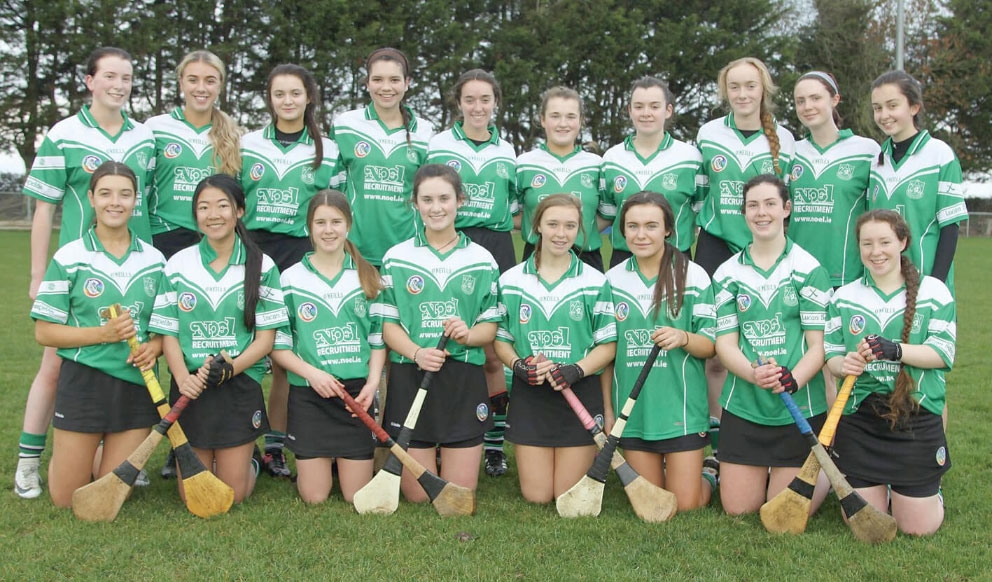 LUCAN Sarsfields minor camogie team were celebrating on Sunday after they claimed the Division One Shield following their 3-11 to 4-7 victory over Na Fianna.

The Lucan girls, playing with the aid of the wind, hit some early points, however Na Fianna responded with a brace of goals before the break.

It was tit-for-tat through-out this game, with Aoife Mahon and Laura Quinn getting on the scoresheet for Lucan as they led by two points at the interval.

The game was end to end in the second half with the teams exchanging scores.

As it entered the final minutes of the contest it was deadlocked before Na Fianna struck with a goal against the run of play.

The Lucan girls demonstrated great character and hunger to win this game with crunching tackles made as they worked the ball up the field against the wind to pull back a point.

From the resulting puck-out, possession was won; Lucan went on one final attack and broke through the Na Fianna with Jess McClelland  firing home a dramatic goal.

McClelland contributed two goals to Lucan’s tally while Chloe O’Connor also raised the green flag in what was an entertaining encounter.

The team will now be looking forward to playing at senior grade next year.