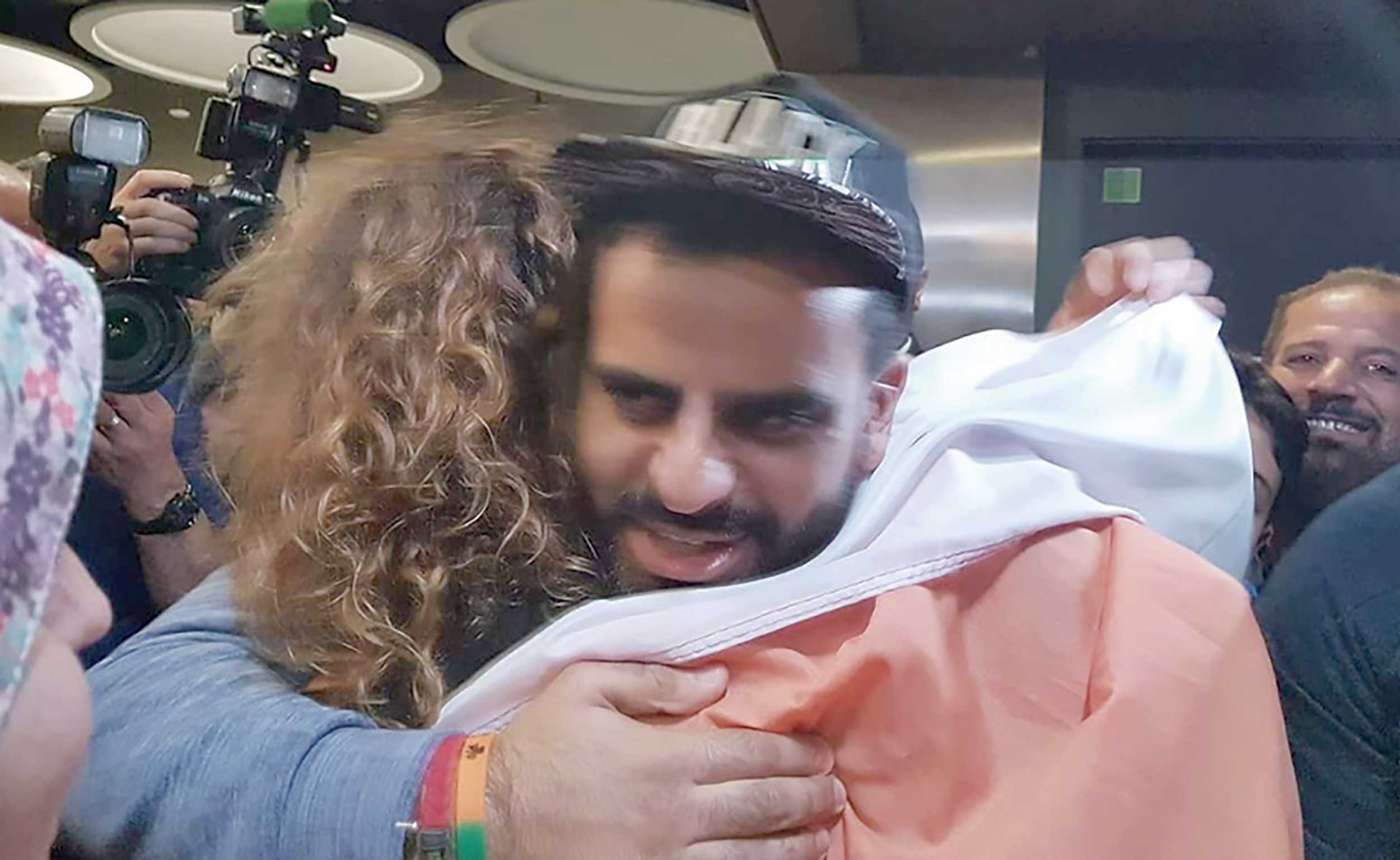 Tallaght native and Dublin MEP Lynn Boylan writes about Ibrahim Halawa’s arrival in Dublin airport on Tuesday. Ms Boylan has been involved in the ongoing campaign to bring the Firhouse man home.

Standing with many others in Dublin Airport on Tuesday morning was a happy, joyful experience for all there and, of course, our immediate thoughts were of Ibrahim and his family.

His sisters had campaigned so hard for their brother, from standing outside the Dáil on cold wintry mornings as the campaign began, to sitting in the public gallery of the European Parliament in Strasbourg as it voted overwhelmingly for his immediate release a couple of years later.

It had been a campaign of ups and many, many, downs but now Ibrahim was about to arrive home!

The posters held aloft in the airport waiting area, the balloons, the chants, the laughter and the jokes were symbols of the culmination of a difficult campaign, which was now being brought to fruition before our very eyes.

The television cameras, the lights, the reporters, the photographers all helped to create a front line of welcome for Ibrahim – a clear indication that something very special was about to happen.

Eventually the lift doors opened and there he was. Ibrahim walked out, arms outstretched, smiling, excited and showing all the signs of an extremely happy young man.

The loud cheers, chants and roars of approval reverberated across the airport building. As reporters asked questions, Ibrahim’s little nieces and nephews ran towards him and suddenly everybody followed.

Sheer joy seemed to shine from every bone in his body. It was magnificent to see.

As we stood there it was interesting to hear Ibrahim’s first few words back home on Irish soil. His first thought was to graciously thank all of those who had helped in the campaign for his release.

When asked what he would now do having arrived home, he commented that he would now like to help others – such as those who are homeless here. It was a remarkable insight into the man himself.

In his first few words Ibrahim also referred to those who have spent the last four years lying and abusing him with unfounded allegations, particularly across various social media platforms.

In a remarkable moment he actually thanked them and said that they had “given him strength” in captivity. If anybody wanted to know who Ibrahim, the person, was – his first replies to journalists told everybody loudly and clearly.

I did eventually manage to give him that ‘welcome home’ hug promised years ago. It was an emotional moment and so uplifting.