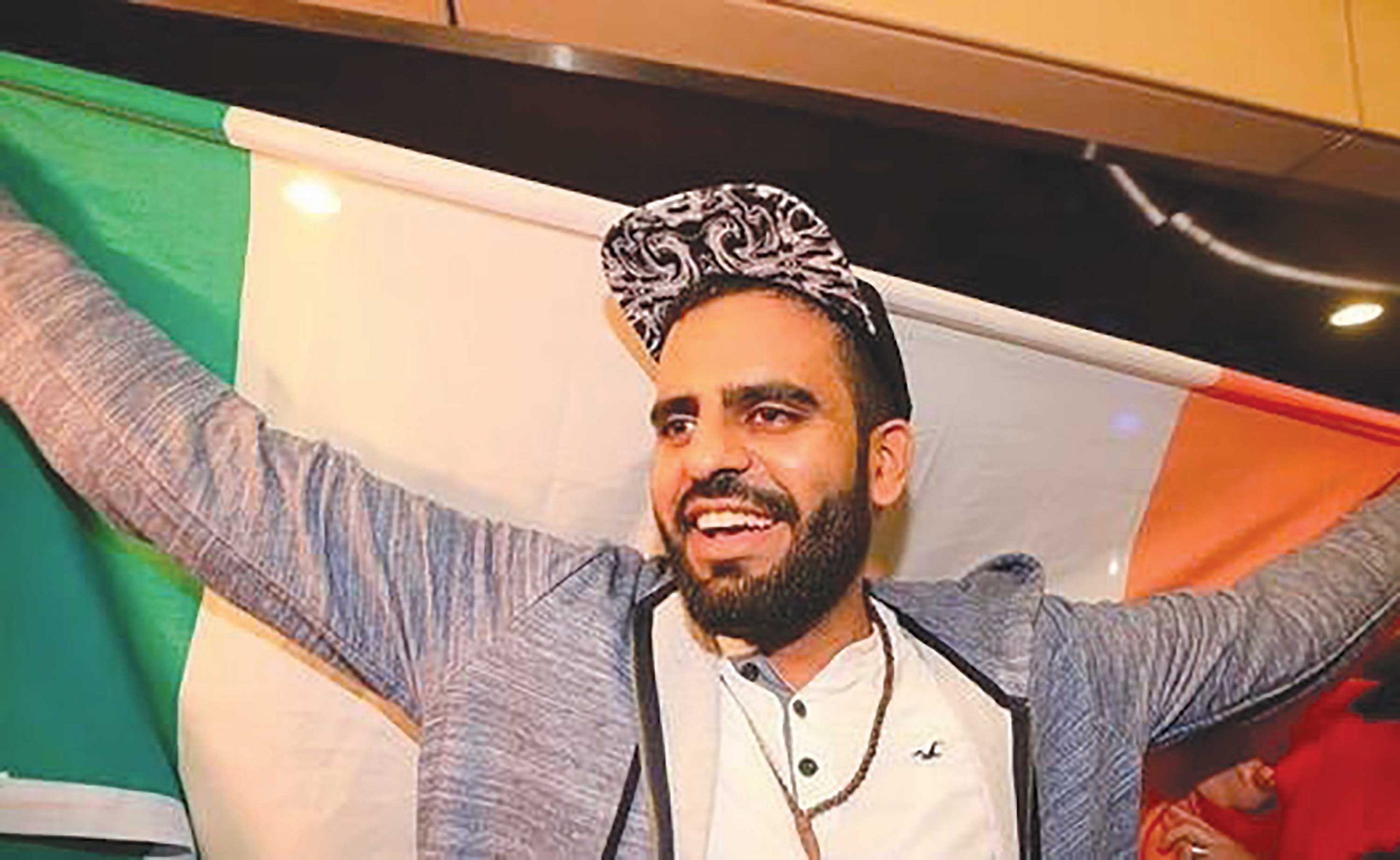 AFTER SPENDING more than four years in an Egyptian prison, Irishman Ibrahim Halawa returned home on Tuesday. The 21-year-old Firhouse man was just 17 when he was arrested in the Egyptian capital during mass protests in 2013.

Last month he was acquitted of all charges. He flew back to Ireland with his sister, Nasaybi, and Ambassador to Egypt Sean O’Regan.

Mr Halawa spent an hour having a private reunion with his family before coming out and addressing the waiting media and other members of the public. He ate from a packet of salt and vinegar crisps, something he had missed during his incarceration in Cairo.

Speaking to the waiting media after the private reunion with his family Ibrahim thanked the Government and all of his supporters for their help during his ordeal.

Asked what it felt like to be back with his loved ones he said: “It still feels like a dream . . . this is the moment I’ve waited for, for four years . . . a free man, acquitted after four years.”

He said he will be taking some time to be with his mother, who is ill.

He added: “It’s just great to be back, I’m very happy, I’m very, very, very happy, I’m so excited to be home. The minute when I was on the plane and I saw the green land, it’s so green, it’s so beautiful, I haven’t seen the green in so long, I want to be with the Irish people, thank you so much.”

He addressed his critics who have accused him of being a member of the Muslim Brotherhood and of tearing up his Irish passport.

He said: “I really want to thank the haters. They made me stronger, to come out and be ready for everything. Like they say, sticks and stones will break my bones.”

Mr Halawa gave Lynn Boylan MEP a hug and she burst into tears. Ms Boylan was one of Mr Halawa’s greatest champions during his four-year ordeal and visited him in prison.

Minister Zappone posted a photo on her Twitter account which showed her giving the camera a thumbs-up alongside Mr Halawa.

NEWER POSTLynn Boylan: Welcome home hug was an emotional and uplifting moment
OLDER POSTTallaght RFC women tell us why they want you to join their team